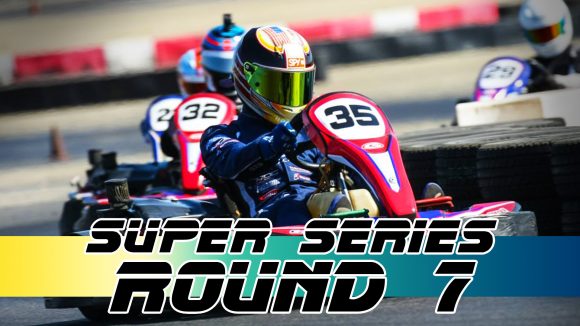 For the second time in 2018 the Sportivo layout would play host to the CalSpeed Super Series, with round #7 bringing a lot of talent to the table to make things even more exciting. Not only were all of the title contenders in attendance, but several big names in the sport returned to do battle to make for a star studded lineup and challenging A-Main to make. In the end the was more excitement a plenty, and as it was in the IronMan Series last month, the streak of new faces on the top step was snapped… 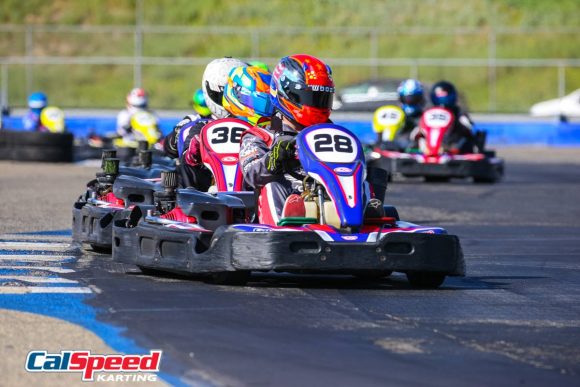 As was mentioned, a lot of one-off talent came out to try and spoil things for the season regulars, and they started off in a big way, snagging the top two spots in qualifying. Earning his first pole position in the Super Series, East Coast fly-in Andrew Wood took home the top spot over returning hot shoe Aaron Scott, making his first event in almost a year. Snagging the last bonus point and pole position for his first heat race was regular front runner Paulo Franca, it being his best showing in qualifying so far this year. 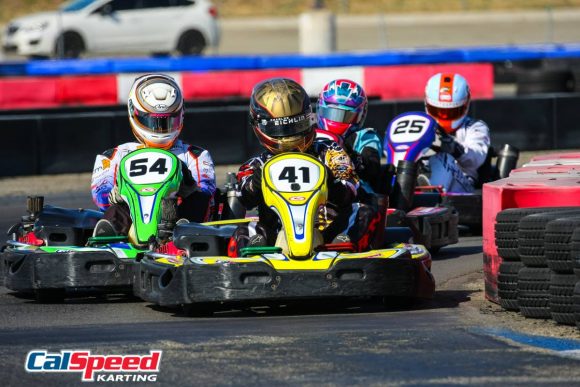 Carrying his momentum from last month where he was able to lead laps in the heats and fight for the win in both, Charles Eichlin turned it up even further to not only win both of his heat races, but almost score the maximum on bonus points. This put him on pole for the coveted A-Main, a main event that was arguably one of the toughest ones to get into in 2018 given the entry list. He was joined on the front row by IronMan point leader Taylor Hays, who scored a heat win in his first heat before following it up with a third in heat 2. Also coming across the line first in heat races were Miles Calvin (3rd) and pole sitter Andrew Wood (4th), the duo able to snag a third and fourth respectively in their other heat race. Masters title contender Alexander Bermudez was also able to snag a heat race win, coming out on top after a spirited battle with fellow Masters driver -and reigning class champ- Jose da Silva. 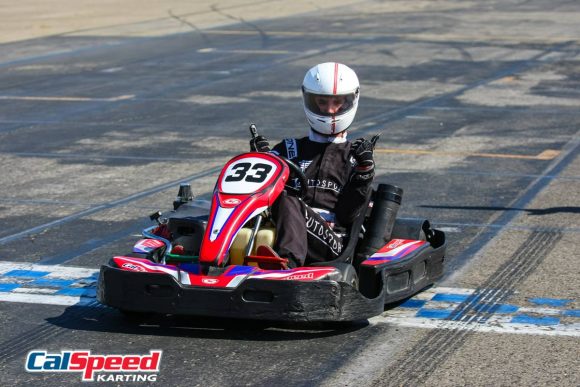 As we sometimes see in the Super Series, a driver will end up in the C-Main after some bad luck or a penalty; a driver that perhaps does not ‘belong’ in that main. Enter Ian Enz. Returning to the seat after over a year off, Enz showed off solid speed to start the day, and he proved why the C-Main was not where he wanted to stay once the green fell. Starting 9th, Enz made quick work to get to the front -avoiding some trouble along the way- and by lap three was at the helm. Once out front it was all but over, as the former A-Main regular fast lap after fast lap to score a convincing victory. Ironically it was the first piece of hardware for Ian, and it was certainly a long time coming. 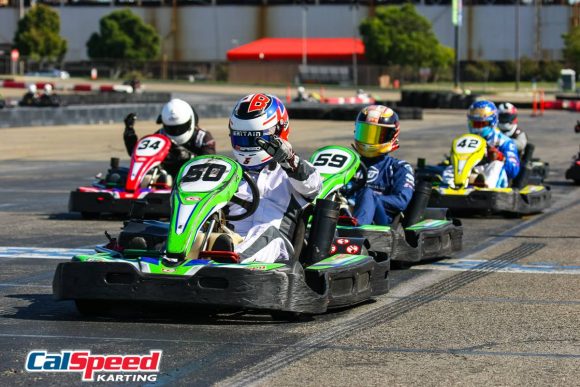 Unlike the main before it, the B-Main was anything but cut and dried, instead hosting a battle royal for the win, and the transfer into the A-Main. Up and coming talent Ivan Martinez would start from the pole positon, but all around him was a lot of experience ready to pounce. Returning to the Super Series after a bit of a hiatus, current Tri-C Karters World Formula points leader Jason Collins would lead the field at the end of lap one, but even he would lose the lead to none other than the reigning champ, Patrick Britain. As was mentioned though, this was not a blow out, and it was the challenge from Jetson Lieser against Britain that was the catalyst for the show. Coming up from the 7th spot, Lieser was the fastest of the group, but just couldn’t find a way by the more experienced Britain, and was forced to settle for second. It would be a much needed win for Britain, he was hoping to keep his title hopes alive in what is a very close points chase. 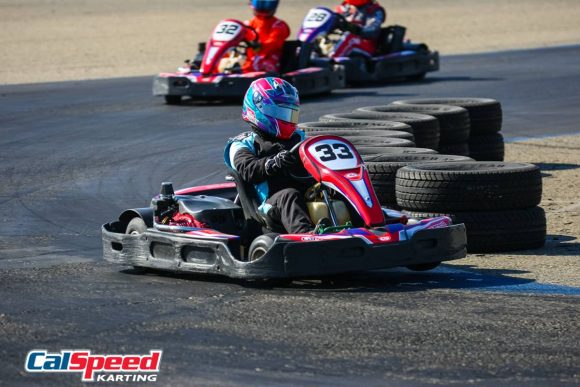 This time around the field of two by two was brought to the green a little slower, and by all accounts it was arguably the best start of the season. The entire field was able to make it through not only the opening corners, but through the entire lap with minimal issue, and crossing the line to lead that lap was Charles Eichlin. Slotting in behind him from the get go was Miles Calvin, with Chris Huerta, Alyssa Yauney, and Taylor Hays filling out the rest of the top five. By lap four it was now just a quartet, with Hays dropping off the back of the group to fend off a new group of four that had formed, while Yauney made the move on Huerta to advance up to third. There things would stay calm for a few laps, the lead trio slowly edging away from Chris, making it just a three horse race in the end. On lap 10 the 2016 champ made his move, taking over the lead with Yauney following suit, dropping Eichlin back to third, but not out of it. There again they would stay in line, right up to the final corner as they came to the white flag. Alyssa would make her move out of Long Beach, and with a little help from Charles, was able to clear Miles into turn number one, her rivals now side by side for second. This was essentially the end of the fight for the win, as both Calvin and Eichlin negotiated for the runner-up spot, Yauney continued to pull away on the final lap, scoring her second win of the year and her Super Series career. Miles would claim best of the rest over Charles, the latter putting in a stellar point day to become just the second driver this season to eclipse the 400-point mark. 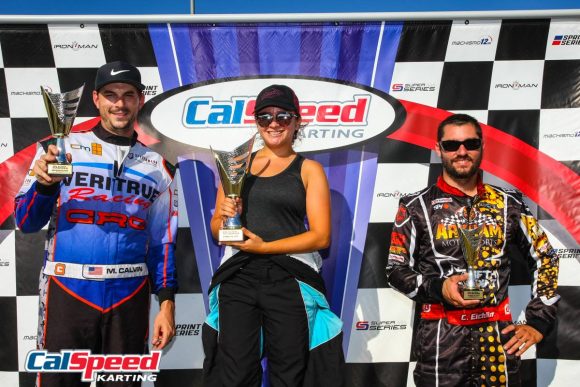