The penultimate round of the 2015 Super Series Championship sees the second visit to the Grande Counter Clockwise circuit this season, with all of the major players in attendance to do battle. This is the final chance for everyone to put themselves in position for the season finale in three weeks’ time. For a few drivers, they have the chance to finish up the season one round early; the possibility of clinching the title in their respective categories looming over the day. For others it truly is the last chance to push the envelope, find a little more, and close the gap to the drivers in front. Will it all be decided tomorrow, or will it go to the 12th and final round?

The fourth round of the 2015 campaign would see the Super Series circus hit the popular Grande CCW layout for the first time in the season, and when the checkers finally fell, it would be a historic occasion. The event will forever be remembered as ‘The Perfect Day’, the act of scoring the pole position in qualifying, following it up with a pair of heat wins, and then sealing the deal on the A-Main win. A few had come close before, but it was the reigning National Champion that did it first, Aaron Downs.

We saw a return to form from Darren Mercer as well, following up his pair of 2nds in the heat races to score his first podium of the year, while Wes Dent backed up his performance from the second round with a third overall, and his second podium of the still young season.

And while it was a positive day for many, it was also one of the worst days for several of the perennial front runners; with names like Calvin, Kimbrell, and Hays having their most recent throw out to date. It would shake the points up considerably, and we finished the first third of the season with a very close championship indeed.

Smitty’s Spotlight: If it can happen, it will happen on Grande CCW…

There is something about this place that has produced some pretty incredible stuff; whether it be historic firsts, one off winners, or incredible moves, Grande CCW never seems to disappoint. Downsy’s Perfect Day; Arnold on his lid, Kellerman’s fly away win, and one of my favorites: The “On The Outsiiiide!!!” move by Darren Mercer…

Grande – Counter Clockwise, or reverse, blends the high speed and draft-heavy nuances of Nuovo or its forward counterpart, with some of the more technical corners found at CalSpeed. With decreasing radius corners in Contino, Kornakurva, and even Horseshoe; the off camber and slick Bypass corner, the super late apex Short Beach, and my personal favorite: Silk into hairpin complex, this track literally has a little of everything. As a driver it’s a blast to navigate, and as a spectator or fan, it is exciting to watch.

One driver I will be certainly keeping an eye on is Andres Prieto; not in it for the points, but always a threat for the sharp end. The two-time Super Final winner at the Sport Kart Grands knows how to not only run up front, but beat the best at the top of their game, and could certainly shake things up tomorrow. Expected to run the full season in 2016, Prieto could show us a little of what to expect from him come next year.

So could we see some more magic tomorrow? We have championships that could be clinched, records that could be made and broken, and plenty of front runners that could break out for the first win of the season. One thing is for sure, everyone will have one eye on the top step and the other on the points; ‘cause it seems anything is possible when we head the ‘wrong way’ on Grande…

The Overall Championship: Calvin, Kimbrell with advantage; the former with chance to clinch…

After picking up his fourth win of the season last round, Logan Calvin stretch his advantage over the majority of the other contenders, leaving just Jon Kimbrell still in immediate striking distance. The 38 point gap between the two is not insurmountable, but the still winless Kimbrell is going to need to not only put up big points the next two rounds, but hope Calvin does a little worse than average. That said, Calvin could walk away with his 2nd career Super Series title if he can outscore Kimbrel by 54, and maintain a 92+ point lead on the rest of the group…

The Podium Battle: Can Mercer or Nagao make it in?

The math hasn’t sealed the deal for the rest of the top five in terms of the championship just yet, but for the drivers 3rd on back, this is looking more and more like a fight for a podium step, than a shot at the championship. Things are very close between 3rd-5th, with Bravo, Dent, and Hays separated by a mere 17 points; of the group, just the latter has yet to win in 2015, but has arguably been the most consistent, owning the best pairing of throw outs in the series.

But while the focus may be on these three to hold onto the current podium spots they have, their two closest challengers of Mercer and Nagao cannot be counted out just yet. Both have found success here on Grande CCW, with D-Merc on the podium in April, while Nagao just brought home the IronMan win one week ago. While the Title is out of the question for these two, a bit of hardware at the awards banquet is not… 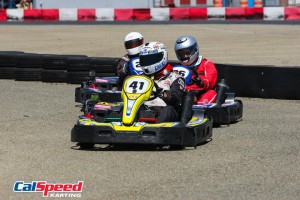 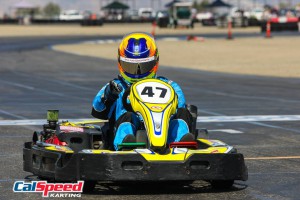 The Masters Championship: Bravo is the Champ; Da Silva VS Blank for final podium spot…

The results are in, and our first champ in the series for 2015 is Sergio Bravo, clinching his incredible 5th Masters Championship in a row, continuing the run that started with the inception of the class itself. Behind him, and what looks to be the favorite for the second step on the podium is Diego Morales, who stretched his lead over Jose da Silva in round #10. While unable to clinch anything because of having no drops to fall back on, his 160+ lead should be all but impossible to evaporate.

This means that the fight for the final step on the podium is the best one, and it is between da Silva and #3 driver from 2014 Ben Blank. Both drivers have lived inside the top five all year, and in fact sat inside the top three for a good bit before Morales burst on the scene, so it will be interesting to see who will have the upper hand these final two events. 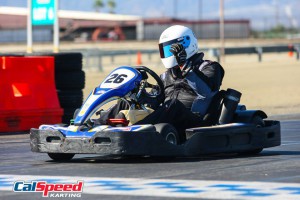 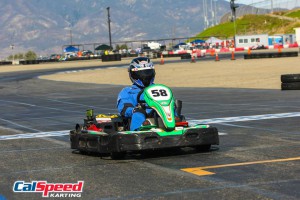 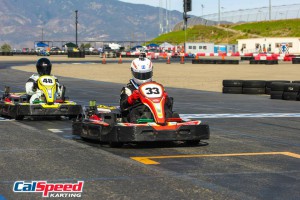 The Grand Masters Championship: Questions at the top; A three-way fight for final podium spot…

Absent these past couple of rounds, point leader Dave Messimer still enjoys a hefty lead in the category, but as of this writing, is still not on the entry list for Round #11. With no tosses left, and the formidable reigning Grand Masters champion Dennis Kimbrell on his bumper, we may see a change at the top with the fall of the checkers tomorrow.

Aside from that possibility, we have what is certainly one of the most exciting and even battles for a podium spot in any category right here, as three drivers are vying for that final piece of hardware. Entering last round 5th, Duane Lawson has taken over the third spot from rivals Jeff Latimer and Brian Starr, and as of late has also looked the strongest. Both Latimer and Starr were on the podium last year however, and know what it takes to bring home the hardware, so it will be interesting to see if they can turn the wick up late. 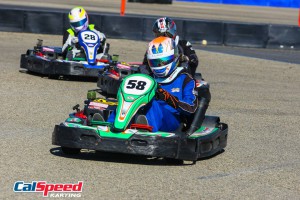 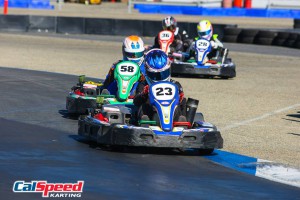 It aint over till its over, but it could be officially this weekend here in the Rookie class. With a 213 point lead over Kyle Spicer, Sergio Serrano needs to gain 39 more points to clinch the title one round early, but either way, is the favorite to end the season as the Rookie of the Year.

Behind the top duo is a fantastic battle for the final piece of hardware in this category, with just three points separating the fight for third. Zeller had been outside the top three for much of the season, but just as he did in his LAKC exploits, he chipped away at the deficit and now looks to have a shot at the podium. He and Curran are near even though, with Curran also looking strong here after is mild mid-season slump. While each are typically in the mid-200’s, I think we will see a breakout run from one or both of these guys in the final two races… 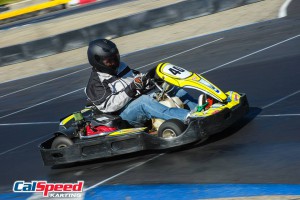 The Heavy Class: No Lewen? Juarez could steal the final podium spot…

With Lewen’s absence confirmed for round #11, and possibley for the finale, it looks like we could see a new driver on the third step of the podium, and that is Paul Juarez. Juarez is still 51 points astern of Lewen, but as there are no tosses left for either driver, ‘what ya get, is what ya get’. Steadily improving over the course of the season, Juarez has consistently hit the triple digits in points these last three rounds, and was actually the highest ranking heavy class driver in round ten.

The Team Championship: Just when you thought it was all over…

In a huge storyline that circled the paddock last round, Hasller Ortega, driver for the leading team of RNA – Imola is expected not to return this season, leaving teammates Jon Kimbrell and Sean Fite the reigns, and the heavy burden of this championship. And while they do have a good lead over second place Calvin Racing Development, the question is ‘will it be enough?’

CRD’s Logan Calvin, Kyle Spicer and Drew Zeller have what it takes to put up the numbers, with their best day as a team being 930 points, actually coming just this past round. For their part, Imola’s Kimbrell and Fite’s best day between the two of them is a 700, ironically also coming this past round. Compare that to what kind of day both teams are capable of hitting (based on each drivers best day) and it looks like this: CRD- 965, Imola- 752