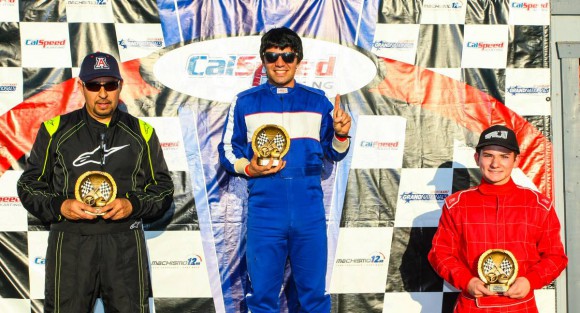 Round #3 in the championship for the 2016 CalSpeed Sprint Series will bring the close to the month of March, and with it, the end of seeing a non-season regular at the top of the standings as well. After his first career win in the Series last month on Tecnico, Luis Calderon is looking to go from leading the season regulars to leading overall here in round three, as most of the [2R] drivers get dropped off the leader board.

He’ll have all of those aforementioned regulars to beat if he is going to do it, as all of the series front runners and championship contenders will be in attendance for tomorrow’s event. Experience of any kind could play a big part in this weekends round too, as the Grande CCW layout these drivers will be tackling continues the technical nature that all ‘reverse-direction’ tracks have in common at CalSpeed. No surprise then that we see several of the front runners also taking to the Race Clinic the morning of the event; lets take a look at who’ll we’ll be eyeing to be at the sharp end once the checkers fall on round #3…

Round #1 saw the [2R] drivers dominate the sharp end of the field, sweeping the podium while making up for five of the top eight finishers. Round #2 was a completely different story, as drivers looking to make a name for themselves as main protagonists for the 2016 Sprint Series championship fought to bring home the top spot. In the end it was Luis Calderon besting all, scoring his maiden win in the series, while taking over the top spot in the standings after tossing out the lowest scoring round. Caden Thure also had a breakout round, finding the box for the first time, the two series regulars sandwiching [2R] driver and 2015 series runner-up Ariel Rubio on the podium. These finishes boosted both of these drivers in the standings, each having had a rough start to their 2016 campaign, putting up less than stellar numbers in round #1. 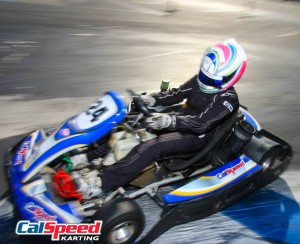 Not having that issue at all is Ashley Arnott, who although was less than pleased missing out on the podium for the second round in a row, is bolstered by the fact her pair of 4ths have her with a very healthy look at the championship thus far. She was driving the best we had seen here this past round, and she really looks to be the #1 contender for the championship right now. And if she is #1, then I would say the next two have got to be Alexander Bermudez and Don Diego Veloria, the pair putting up the next most consistent rounds to that of Arnott. The two drivers are only 1 point apart in the Total column, and have each shown the pace to make things happen at the very front. Like Arnott, the podium is more of a question of when, not if; it will just be about one of these three to put a full event together to make it happen.

Making their lives a little more difficult this round will be the return of [2R] driver Michael Wojdat, along with with fellow [2R] entries Henry and Ben Morse. For Wojdat’s part, his shot at the podium last round came to an abrupt win after suffering a puncture in one of his tires, running right at the front in the Main after winning his heat race. Expect him to once again be in the hunt for the podium, if not more this time around. For the Morse’s Henry carries the flag, and given he currently sits 14th in the Super Series standings, he will indeed be a very strong threat to bring home the hardware once the checkers fall on the A-Main. His father Ben is no slouch either, and should be considered a podium contender amongst the front runners in the Sprint Series.

A few other names with experience to keep an eye on tomorrow are that of Andrew Brown and Brian Starr, each making their first run in the series here in 2016, and each with enough pace to be inside the top half of the A-Main to be sure. How far up will be the question, as both drivers have had limited seat time compared to most of the rest of the field in attendance. I am also curious to see what rookie standout in the Super Series Justin Schuoler will do in his debut run in the Sprint Series, and even more so, what that might do for his run in the Super Series next week.

The last thing to keep in mind is that this is round three of four in the Winter Championship, and will be the foundation for the final run at that title next month; it will be interesting to see who exits tomorrows race with the best shot at being the first in the group to be called a CalSpeed Champion…