It was a podium of firsts last month in the 5th round of the CalSpeed Sprint Series 2016 Season, as overall point leader Ashley Arnott found a little extra to climb from the top-5 realm to score her first victory, and a 300-point day in the process. Same applied to TJ Blackledge, improving on his season best 4th from the previous round with a P2 overall, while title contender Alexander Bermudez broke through for his first podium as well with a third.

The Sprint Series will once again tackle some heat as well as a rarely used course this weekend, as Classico CCW lies in wait for the sold out crowd of 60 drivers. Still, drivers who have been running since the opening rounds of the season will recognize most, if not all of the layout, having been on parts of it on Tecnico and Grande CCW layouts. This will also be the second round for the Summer sub-championship, and another shot for drivers to add their name to the list of contenders. Will it be [2R] drivers Henry or Ben Morse who return hoping to match their 1-2 from round #3, or will we see one of the season regulars defend their turf and best the Super Series regulars?

While many of the Sprint Series drivers haven’t seen Classico CCW per se, most will recognize the track immediately when the first laps of practice start. Straight out of the pits they are met with turn 4 and into the Bypass corner, same as every single reverse direction track we have here at CalSpeed. From there it will be the downhill straight and into the Esses, last time seen at round #2 and the Tecnico circuit. From there it is basically the same as the Grande CCW layout, with the back straight spilling into the silk-hairpin complex before heading up the hill through Scandi, which these drivers tackled last in round #3 of the 2016 championship. Areas to spotlight on this layout will be the Entry into the Esses, the Grande Hairpin after Silk, and of course the Bypass complex that leads on to the straight; all three areas have marked importance not only for lap times, but for passing opportunities…

The Overall Championship: Arnott leads; Bermudez takes over as #1 Challenger 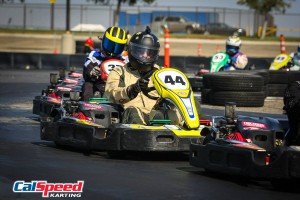 Since the start of the season, everyone has been chasing Ashley Arnott; she cemented that fact in round #5 with her first career win, and showed that even though she has no drop to fall back on, she isn’t affected by it in the least. She’ll be carrying a good amount of momentum into tomorrows race as she looks to pad her 40-point lead over he competition, never mind maintain her lead in the Summer Series points.
She’ll have plenty of pressure from the rest of the season regulars, but will also have the father-son duo of Ben and Henry Morse in attendance, the pair of [2R] drivers being the class of the field in round #3. What will be fun to watch is how the regulars fair against the Morse’s this time around, as it was a CCW track last time as well, and the whole lot has improved since then.

Leading the charge for the regulars is the current #2 driver in the Series Alexander Bermudez, who has been towards the sharp end all season. Last round we finally saw a glimpse of what we have come to know watching him in the Super Series, and it saw him fall outside the top 5 in the Main, and then fight back to snag 3rd. The pace has been there all season, but this was the first time we saw him make things happen in the race craft department.
Right there with him in the points is the only other Sprint regular to win a round this year, Luis Calderon. Just three points back from 2nd after last month, Calderon will be coming out of the gates fast to regain the second spot, and take the fight to the top spot, 43 points ahead.

Isn’t game over by any stretch for the drivers 4th on back, but they will need a big gain this round if they are going to get back in the title fight for the overall championship…

The Summer Series: Arnott puts up season best to take the win, and the point lead

Ashley Arnott kicked off the second half of the season in the best possible way, scoring a perfect 300 point day after winning her heat race, and backing it up with an A-Main win. Since the Summer Series crowns the driver with the best 3 out of 4 rounds, everyone is still in it, regardless of how their round #5 went. We have seen surges from drivers late in the season who are out of the overall title hunt, but are in the think of things for the sub-championship. This was the case for the Summer title in 2015, and the eventual winner Matt Hart…

All of the top 10 from also round are in attendance again, but we could se someone from outside the status quo jump in the mix tomorrow, so we won’t really know who our contenders are until the final checkered flag flies…