As with the IronMan Series that runs on the same day, the CalSpeed Sprint Series takes about a three-month break, splitting the season into two distinct season halves. The first half of the season starts on Sportivo, and continues through Tecnico, Grande CCW, and Grande; the second half starts tomorrow with Classico, then hits up Classico CCW, Tecnico, and runs the finale on Grande CCW. This weekends race marks the last time the group will take to the clockwise direction, and they will be doing it in the hottest temps of the year, albeit on the shortest track of the year.

Classico will be a strong test for a lot of these drivers, as even though many have been to CalSpeed before, there a several on the entry list that have never been on the .625 mile course, as it is only used once per year. For this reason, do not be surprised if there is a decent split in lap times; experience pays dividends here, especially through the infamous Classico Esses.

It is also the start of the Summer Sub-Championship, which means a clean slate for all drivers, as they will all head into tomorrows race tied for first in the standings. Even if someone has had a rough go of it so far, the final four races could bring redemption for someone. And who will be on top? Will it be one of the usual suspects at the sharp end of the points? With the number of [2R] drivers much lower in the second half of the season, it is their time to shine. Or will it be someone completely new breaking through the ranks to establish themselves in the second half, much like we saw last year? Only one way to find out, and that is to throw the green flag on round #5 of the 2016 Sprint Series, and we’ll preview it right now…

As was mentioned before, experience on this track is important, and last year it was not much of a surprise to see drivers with prior laps here putting up some of their best numbers on Classico. This will also be the first time we have seen this group together since the Sport Kart Grands, and with several drivers taking part, we could see a changing of the guard, or a surprise breakout from someone deeper in the field. Regardless, Classico has a way of shining a light on those that understand and have a grasp on the fundamentals, as line selection is paramount around here. 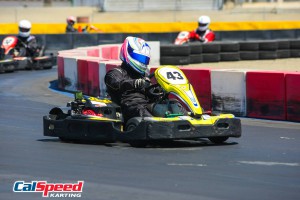 Leading the charge into the second half of the season will be the current point leader and Winter Champ Ashley Arnott, who was able to hold onto her point lead even though she missed the last round. Last year Arnott equaled her best finish of the 2015 season at this track, and with a pair of Classico GP’s under her belt as well, she may be the most experienced on the circuit heading into tomorrow. 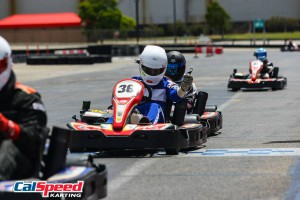 Next is Luis Calderon, who so far is the only driver not with a [2R] moniker next to his name to have scored a victory thus far in 2016. The season got off to a rocky start in the first round, but he bounced back with that win in round #2, and has been consistent ever since, sitting just 5 points astern from the lead. He could also be a strong pick for the win tomorrow if his 2015 Classico GP performance is any indication; Calderon put up a 4th and a 5th in his heat races to make the A-Main, and secure his best points haul in his rookie Super Series Season. 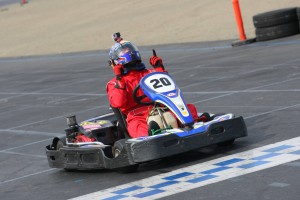 After the top two you have arguably the most consistent driver in the top group, Caden Thure. Thure is hoping to ride a hat trick of podium finishes, as he has score three 3rd place runs in a row, most notably the one from round #4 where he had to work through the field to get it. Making his job just a little tougher however is the fact that he has been out of the seat since that aforementioned drive through the pack; further, Caden has never been on the Classico layout before, so he’ll certainly be a wildcard for the weekend. 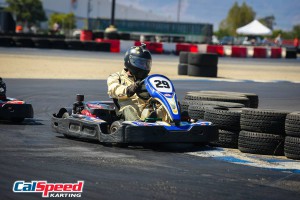 Alexander Bermudez may be 4th in the points, but he does have a few things going for him: he leads all drivers in the series in total points, much ado from having the highest drop round of the top 5 in points. He is also the only driver in the field that has been able to find the A-Main in the Super Series this year, which speaks to his ability more than his current point haul. We could see his 30-point deficit to the lead be cut down this weekend as well, as he made his Sprint Series debut at this race last year, where he scored his best finish of the season.

While the top four have been the ones to beat all season, there have been some big strides from the drivers behind them of late, and with 13 of the top 15 in the points on the entry list we’ll get the chance to see just how far they have come. As was mentioned before, it is a clean slate for the Summer Sub-Championship starting this weekend, and with just Cameron Rose making up the [2R] field, the season regulars will truly get a chance to show their stuff. What makes this even more exciting is the number of chasing drivers that took part in the Grands; including Steve Jasinski (5th), Don Diego Veloria (6th), Duane Lawson (7th), Kelly Bastian (8th), Thomas Blackledge (10th), Michael Floerchinger (11th), and Steve Frame (13th). There is no better single opportunity for driver growth than racing at the Grands, and we could really see some fireworks from this group tomorrow.