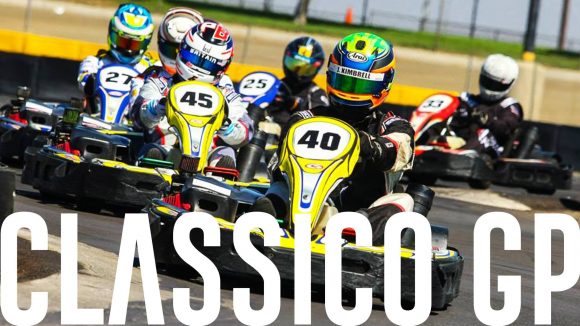 The Classico Grand Prix. For the drivers of the Super Series, this race is their Monaco; the ‘big one’; the one that each one wants to win above all others. Some of the best in the business have stood on the top step of the podium, and in 2018, a new face would add their name to the history books… 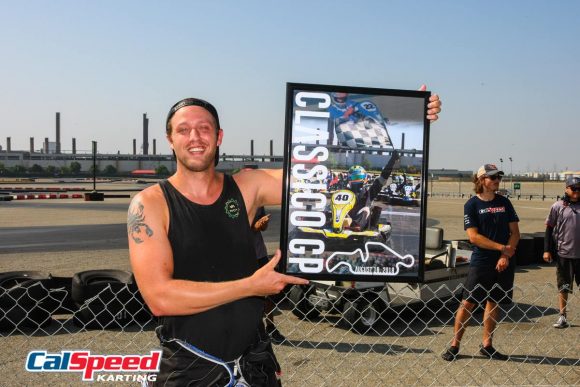 Not only is the Classico a prestigious win, but it carries with it a few unique elements that make it a little more special, starting with the poster presentation; a poster commemorating the winner from the previous year, while also given to the current year’s winner. The 2017 event was a memorable one, as Jon Kimbrell was able to win after the passing of his father Dennis, and the poster captured the emotion of the pace lap from that day. Three-time winner of the event Jon Kimbrell posed with the poster at the drivers’ meeting and would go on to have a very good day indeed. 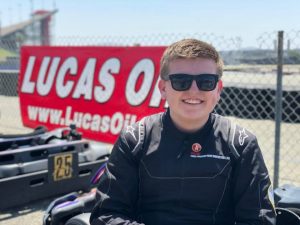 The day would begin with TJ Blackledge scoring his second career pole position -first on Classico- with Masters point leader Diego Morales putting up his best performance in qualy this year to snag P2, just .010 off TJ. The heat races would be hotly contested throughout the day, with not only six different winners, but no winner doing better than fifth in their other heat race. Instead, consistency saw a pair of second-place finishes snag pole position for the A-Main, with none other than the ‘King of Classico’ himself, Jon Kimbrell doing the honors. Fellow non-heat winner Alyssa Yauney showed why she is the overall point leader with her off pole starting spot via a 2nd and a third, while Sean Fite led the heat race winners with a 3rd overall starting spot. Former title contending driver Aaron Scott lined up fourth via his own heat race win, with the other four heat race winners Mark Connell (5th), Taylor Hays (9th), Patrick Britain (11th), and Scott Milne (12th) lining up further back. 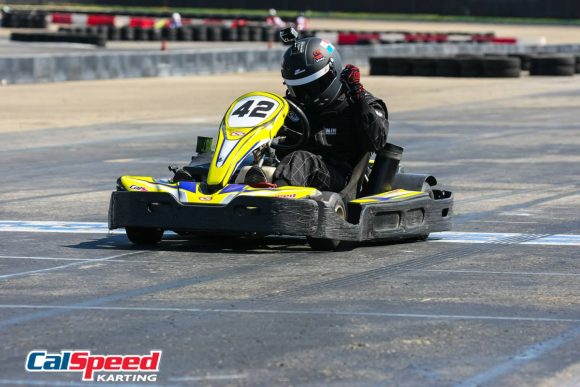 Before the A-Main could get on course for their 20 lap contest, the first main of the day had to tackle their 15 lap challenge, with Grand Masters title contender Brian Starr leading the way. Starr would stay in the first position through the first half of the race until Nathaniel Small made his move from the second spot on lap 8. Starr would fall to third in the attack, and then immediately come under fire from the rest of the top five to fall back to sixth, with the fight for the lead really heating up in front of him. John Shepherd was the big mover while all the jostling for positions happened, moving up to second spot, on lap 10, before making his own move for the lead on lap 11. Small fell back one spot but still held a second or so lead on third, who was again Brian Starr, his counter attacks getting him back up to the top three. Unfortunately, Shepherd’s time at the front was short-lived, as the engine in his kart expired, relinquishing the top spot back to Small, who held on the final couple of circuits for the C-Main win. 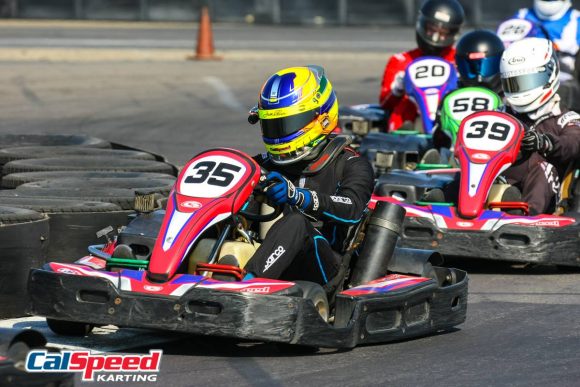 The B-Main would continue the trend of exciting racing, this time with Cameron Rose leading the field away, with Lukas Dziemidok, and Anthony Severson directly in tow. Rose would come under immediate pressure, with Severson moving up from third to steal away the lead in lap one, bringing Dziemidok with him. Lukas would waste no time with his own pursuit of the win, however, and stole the lead away from Severson just one lap later, with Anthony slotting in behind. Things would stay that way through the rest of the first half of the race, but the driver on the move was the reigning Masters champion, Jose da Silva. Da Silva’s steady march to the front saw him dispatch Jetson Lieser on lap 4; he picked off Rose for third on lap 7; and then sorted out the final two spots on laps 9 and 10. Seemingly in his shadow was Ryan Curtin, who had been working up from the 8th position to sit fourth when da Silva took the lead. The final few laps would turn into a battle royal for the final positions inside the top five, with da Silva holding on to win, followed by Curtin just a half second astern. 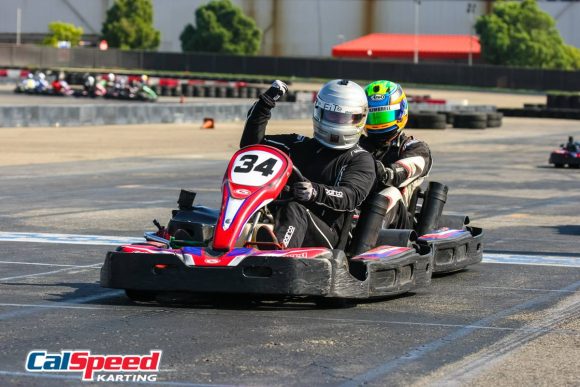 The start of the A-Main for the 10th Classico Grand Prix fittingly saw the defending winner of the race lead the field away, as Jon Kimbrell picked up where he left off last year, followed by Sean Fite, Alyssa Yauney, and Mark Connell. While the front four would immediately get in line and hold station inside a half second gap, the contest for 5th on back saw them begin to pull away from the rest of the field. Even with Fite’s move to the lead on lap five, the lead quartet lost little to the chasing train of six or so karts, of which Aaron Scott led. The chasing group started to catch them, but it was not to be. Just as they got to the back bumper of Connell, the fighting ensued, immediately dropping the would-be challengers from the leaders.

This dropped the chasers to a second off of the front pack, and with the battle for the lead in the second group not cooling off yet, that lead was maintained until Alexander Bermudez worked into the front. In that same time Connell was slowly falling off the back of the lead trio, and when Bermudez got out front of the chasing pack, they were able to reel him in in fairly quick order. Bermudez would find his way by eventually, scoring the ‘best of the rest’ behind the final bout for the Classico GP win out front.

After losing the lead on lap five, Kimbrell would slot in and dutifully hold station, while Yauney also just clock laps to maintain her top three position. It wasn’t until the last couple of laps that Kimbrell switched on the attack, but for every move he made, Fite was able to come out on top. On the final lap, it looked like Kimbrell would have another shot up the straight, but would slot back in line, aiming for another opportunity. Fite made no mistakes, however, and without the obvious opportunity, Kimbrell and Yauney had to settle for second and third respectively, with Sean Fite scoring his first career win in the biggest Super Series event on the calendar. 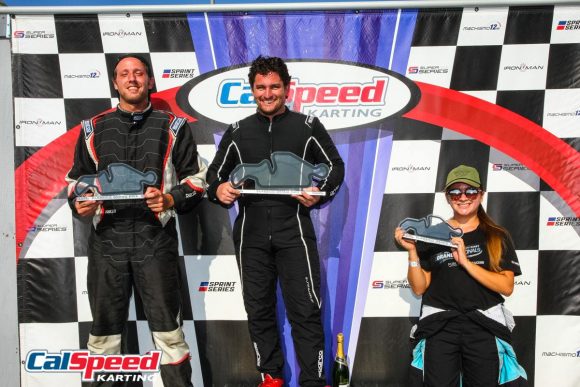