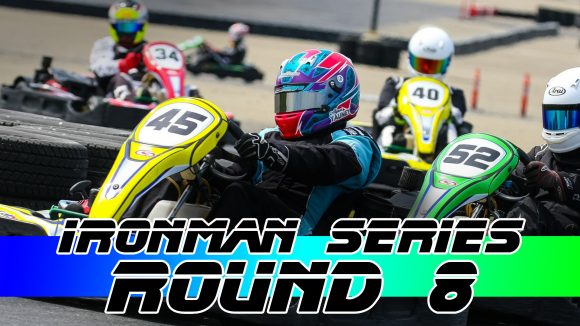 The eighth round of the 2018 IronMan Series championship saw the series roll through the shortest of the CalSpeed layouts, taking to the tight confines of the Classico course for the month of August. Coupled with the Classico Grand Prix, the track was as tight as it gets, with the walls right up next to the edge of the track. The 33 karts across two classes not only had to negotiate each other but those tight spaces for the full hour contest, putting on quite a show in the process… 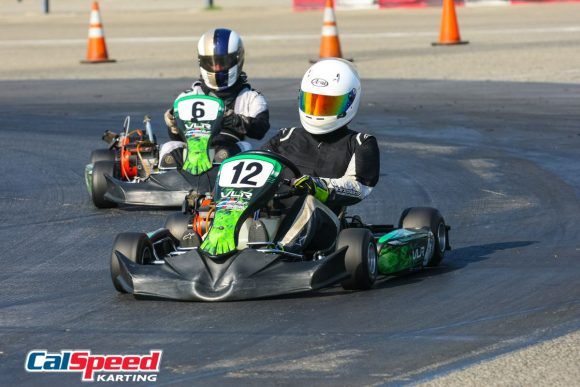 The Pro Class would look a little different this time around, with only Tony Wika as the regular driver in the category in attendance, joined by east coast fly-in driver Ryan Curtin and two-time sport class champion Adam Nagao. Wika would lead the field to the green, and through the first circuit, but it was Adam Nagao taking control by lap two, working up from third at the start. Nagao would not only hold onto the lead but stretch out to over a 2-second lead, as Curtin battled with Wika for the runner-up spot. Curtin would finally make his way by to complete lap seven in the 2nd position, with Nagao simultaneously electing to head into the pits for his first stop the very next lap as he caught traffic. Curtin would stay out until lap 20, while Nagao would come back down pit road for his second stop on lap 13, making for a wildly split strategy for the top two runners. It wasn’t until lap 47 that the battle resumed, with Curtin completing his second stop exiting out right with Adam after the duo had spent the past 40+ laps on their own.

What ensued was an awesome battle back and forth between the two Pro Class drivers; each one of them splitting their focus between scything their way through the traffic, while still trying to find either a way past their foe or hold them at bay. It was one such occasion that Nagao mistimed his move through traffic out of the Esses, allowing Curtin to sneak by as the slower sport kart balked the former leaders’ progression. Still, Nagao fought back to steal the top spot back one lap later, putting Curtin back on the offensive. Unfortunately, the show would come to a premature halt after Curtin would make slight contact with a wall with only about ten minutes left, forcing him to settle for second while Nagao held on for the victory. 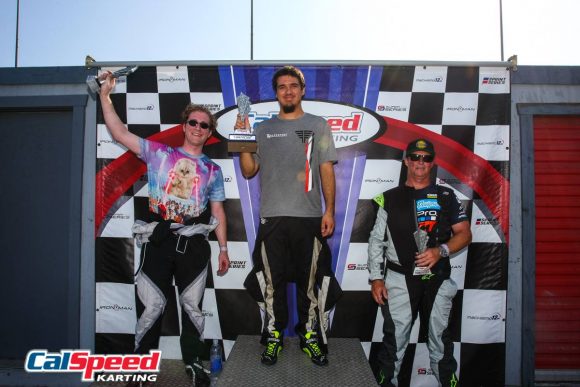 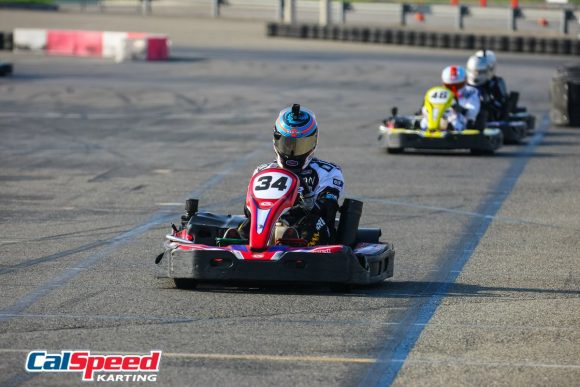 Having scored his first career IronMan Series win earlier this year, Sean Fite wasted no time capitalizing on a favorable starting position, looking to rebound from what might have been a round prior. Taking the lead on the very first completed lap, Fite held onto the top spot for the opening eleven laps with Chris Huerta and Diego Morales in tow, before the latter made their move to drop him back to third. With Morales now at the helm, the trio wasn’t able to stay as tightly grouped and the advantage grew by the leader, while second and third worked hard to stay in touch. Huerta and Fite would diligently stay 2-3 to reel in Morales -more like limit the damage- until Fite finally took over as the lead chaser on lap 23. After the switch, the chasing duo would begin to cut their fastest laps, and along with some help from traffic, were able to reel in the leader and start putting on some pressure in less than five laps. Unfortunately for Huerta, it was then a Morales-Fite pair up that saw him lose touch with the top two, with the front duo pulling away until their pit stops. For his part though, Morales would once again be able to split away from Fite, maintaining the lead -and a healthy advantage- until finally coming down pit road on lap 47. 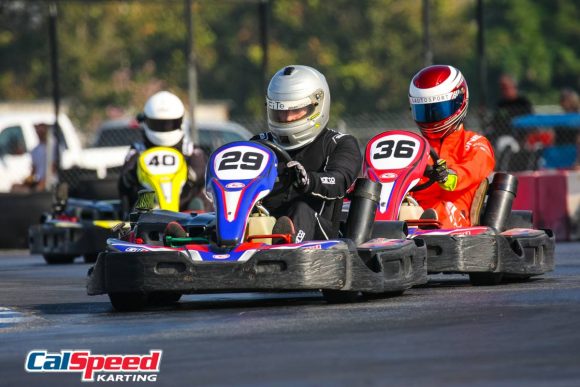 With Morales coming in, it left Fite all alone out front; a place he would never leave for the rest of the race. Electing to leave his pit stops to right near the end of the race, Sean would not only hold onto the top spot, but he would leapfrog his rival to set two seconds out front as he exited pit road. With only about five minutes to play, Morales could only chip away at the lead as the laps wound down, settling for second in the end, and just a half second back.

Behind the lead duo, the battle for the final podium spot took place via pit strategy and traffic as much as it did actual on track passing. In the end, it was the steady and methodical progress by Alexander Bermudez that would complete the podium, having come up from the 27th starting position. Working up into the top five before pit stops started, he made the pass on track for second behind Fite before ducking into the pits himself, and when the dust settled on the final stops, he was third. From there the pressure was off as the battle raged behind him, and he was able to cruise to a third place in his first sport class run of the year in the IronMan Series. 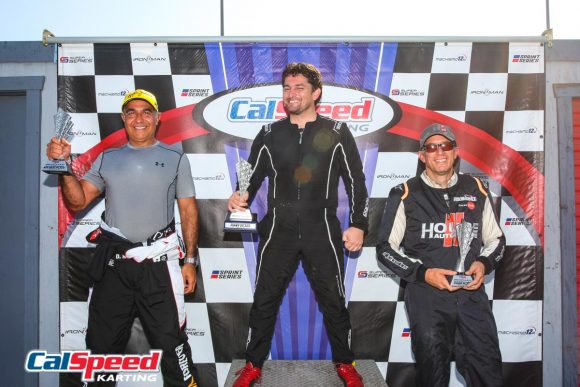