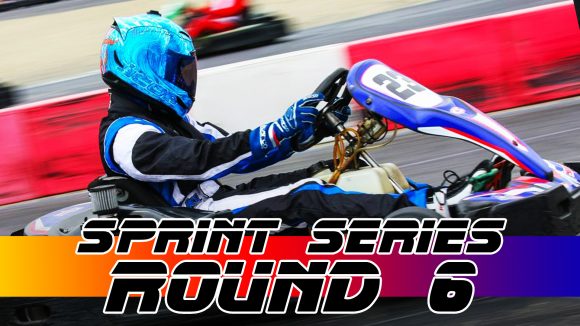 The Sprint Series has been no stranger to seeing new winners rising to the top with each successive season. It is after all, the very reason for its format. With the dust now settling from Round 6, we are now seeing just who exactly are the ones to watch for the 2018 championship. For the first time this year, we see not only a two-time winner, but a back-to-back one as well…

The Nuovo configuration hosted this round’s contest. We’ve already seen several different drivers scoring their first career pole positions this year but this time around, it was going to be Evan Karp putting down his first pole position at a 1:02.859, nearly 2/10ths better than the closest driver. 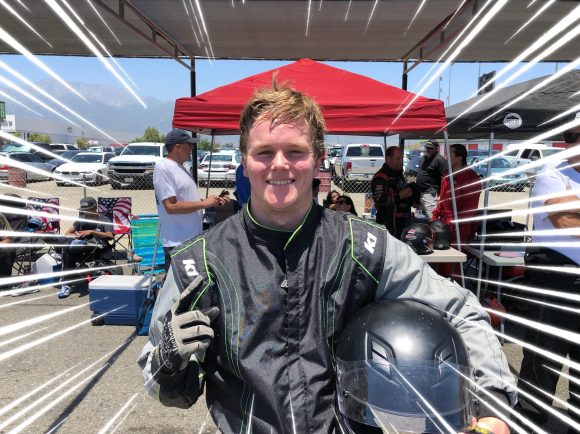 Pole sitter Karp led heat 1A right off the bat but Ivan Martinez gave chase, not making it an easy one. Making quite the leap was Matthew McCoy who after having started 9th, made quick work of a multitude of drivers early on to sit 3rd behind the dueling pair. With Martinez leading after their constant exchanges, Karp took it away once again just before the white flag allowing McCoy to pass on through to 2nd. This wouldn’t be the final result however as once the white flag waved in the air, the three would all attack in Long Beach but it would be Karp with the win followed by McCoy and Martinez. 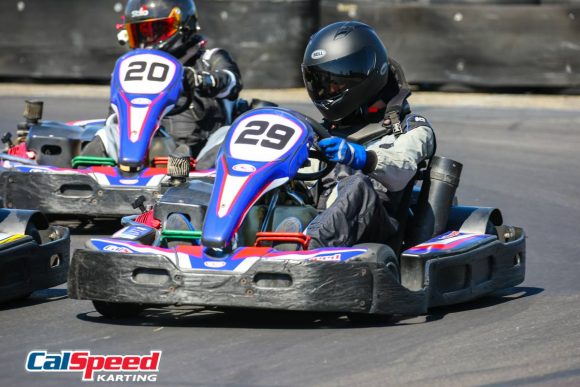 A different scene from the first heat, 1B saw leader McKee entangled in a horde of clashing drivers behind. Donnie Clarke made his way through however, stealing away the lead after only a lap. Now a very tight pack, the top 5 consisted of Clarke, McKee, Doug Yauney, Tony Wika, and John Rice, all with the ability to make this heat a win. As the white flag rolled around, McKee stayed glued to Clarke’s bumper. At the final corner, the latter defended tight at Long Beach and to his advantage, would stave off attacks from McKee to score the heat 1B win.

Teaming up for the top 2 in heat 1B were Spencer Russell and Samuel Hunt, the pair immediately settling into a draft to gap the remainder of the field. Meanwhile, Rodney Bryant with his first Sprint Series start this year, led the best of the rest from the get go, jumping 2 spots at the green. The P3 battle ran deep at nearly 10 karts large. Once the half way point was reached, the impatience seemed to start showing. Before the white flag, Hunt took the inside at Long Beach for the lead. It would be with one to go where the action would happen once again: Hunt took a tight line through Long Beach to defend but Russell held the outside, managing to score the lead back for the heat 1C win and Bryant staving off the angry field for 3rd. 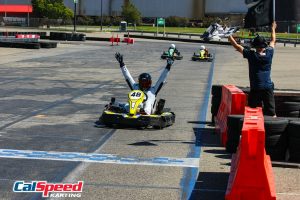 In the C-Main, drivers Ethan West and Daniel Moreno had the advantage as P1 and 2, never looking back at the rest. Ryan Schutter, newcomer to CalSpeed this year, slid into P3, hopping 2 spots ahead of his start. As West focused on the finished, Schutter exchanged jabs with Moreno, changing position several times. At the checkered, it would West cruising to a smooth finish followed by Moreno and Schutter. 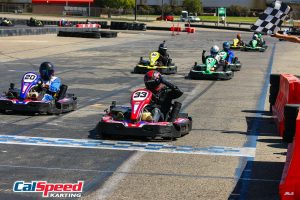 B-Main saw battle among the front group straight away as Nathaniel Small, though leading at the start, was subjected to the onslaught of drivers like Juan Avina and Zachary Francavilla. By lap 6, Francavilla had stolen the lead and Robert Hernandez went from 9th to 2nd. Hernandez put the pressure on, sticking a nose in at every corner possible. With 2 laps to go, he took the lead through Horseshoe but the pair would continue shuffling all the way up to the final corner. Hernandez would be the one with the W at the checkered flag. 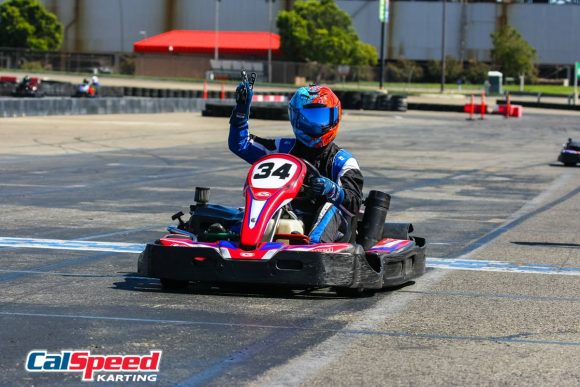 The A-Main began with a clean start seeing 5 karts break away from the get-go. Racing hard at the front were the faces now familiar to the game: Russell, Hunt, Clarke, Karp and McKee. Russell had himself a 2 kart length lead and having clinched the Winter Sub-championship with his win last month, was on the verge of replicating his success. Hunt was now in P2 followed by McKee who was inching his way back within grasp of a podium. Behind them, it would be Michael Chen and Karp dueling for 4th. By the checkered flag, Russell would score an uncontested win, adding win #2 on top of his first career W from last round while Hunt and McKee followed to round out the podium, scoring huge points for the 2018 championship. Russell’s success begs the question: will he be able to continue carrying this huge momentum through the entirety of the series? Let’s see what goes down in Round 7 next month… 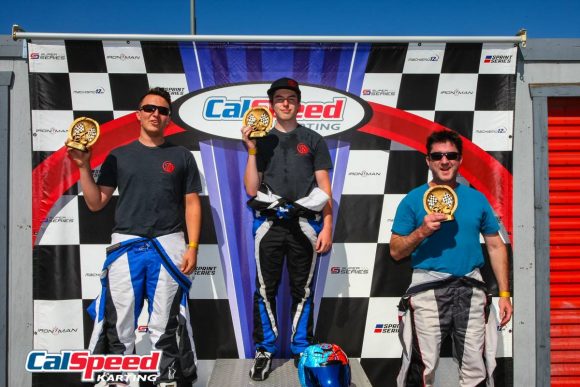