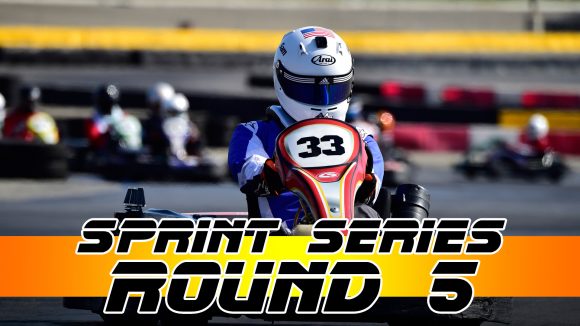 What’s another way to say “sweep the race”? That’s exactly what happened for the third time in a row during this past weekend’s Sprint Series, except this time, it was yet another driver who achieved this great feat. Are we going to continue seeing this interesting trend as we approach the second half of the season? Better read this Race Report and sign up for the next round asap…

Grande has already been a personal favorite of this author, as it was the first configuration she had the pleasure of taking to back in the earlier days of the Super Series. For Sprint drivers and namely for those coming into the game for the very first time, the Grande circuit often throws the proverbial wrench in the forms of the Hairpin and the Scandi corner leading up to it. Getting this complex right is one of the keys to getting a good qualifying lap; that said quali would be dominated by drivers already familiar with the course. Your points leaders like Spencer Russell and Samuel Hunt remained dominant for the majority of their session. Ultimately the former would score pole position while the reserved Evan Karp would follow as the only two who broke into the 1:06 range. 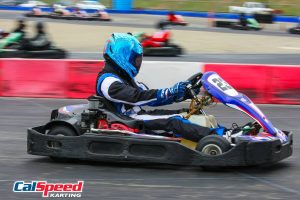 After a strong qualifying, Russell would take the helm in heat 1A. Having not yet won a Sprint Series Round, it was pretty firm in his mind that finishing ahead during the heats would set him up for a better start in the Mains. He was off to a good start with Sheng Wu [2R], Jacob Abrams, and Seth Willits in tow. For the most part, it was smooth sailing for this top 4 and eventually each became his own island. As Russell went purple, a blue flag loomed ahead, causing their front pack to finally bunch together. By the checkered, Russell scored P1 with a now shuffled order behind him consisting of Willits, Abrams, and Wu. 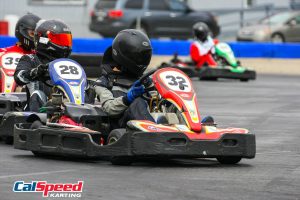 Starting at the front, Karp took to a confident stride immediately at the green. Donnie Clarke from the 4th position very quickly dominated the rest with the aim of hounding at the heels of Karp. Lying in wait was Maximilian Bui, eyeing the bumper to bumper action of P1 and P2. There was no shortage of action in this heat as this top 3 took to every opportunity there was for attacking. With Clarke in the lead and the trio glued together, the Long Beach corner approached and Bui dove through the inside for a final pass, earning him a slim second spot ahead of Karp and behind Clarke who just then acquired his first career heat win. 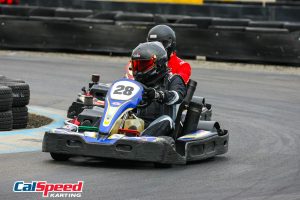 In contrast to the previous heats, 1C saw the front drivers swallowed by a swarm after only one lap as they passed through the Long Beach corner. Through the smoke it would be Michael Chen with the lead as rows and rows of drivers passed two by two through turn 4. Another lap passed and finally, breathing room for the top 4. Mark Sternberg played the part of P2 only to be attacked constantly by the likes of Tyler Redman and James Suggs. The excitement of the white flag, and thus, the final corner, always tends to beg the highest risk moves, and this time was no exception. As Chen exited with confidence, shenanigans behind him gave rise to a gasping crowd– escaping from the corner action was Sternberg and Redman grabbing P2 and P3 finishes respectively. 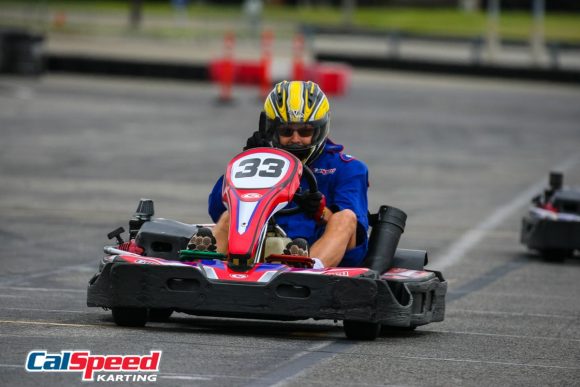 The C-Main started with drivers William Ball and Heather Perrin taking the lead over from their 3rd and 4th respective starts. The pair would break away from the rest of the pack, dueling for the top spot for the entirety of the race. From the other side of the spectrum, Nathaniel Small put on quite the show– after an earlier on-track faux pas that cost him his race, he was starting 3rd from last in the 29-driver field. He effortlessly jumped a whopping 24 positions, earning himself a spot just behind Ball and Perrin. 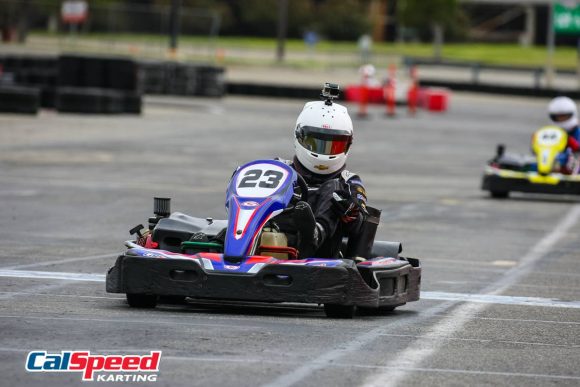 As drivers took to the track for the B-Main, Ivan Martinez springboarded from his P6 start to hook onto the lead: Sprint Series newcomer, and former Formula D driver, Joon Maeng. Frank Hsu lay in wait behind the two, inching closer and closer. Martinez scored a purple lap multiple times before finally getting a better exit out of Long Beach to land him side by side with Maeng across the start/finish, eventually edging out the latter for the lead. With the laps waning and Hsu now at the heels of Maeng, there wasn’t much left to do except to just send it. With the white flag high up in the air and Martinez scurrying off for the A-Main transfer, Hsu would go for a gasp-inducing inside pass at the final corner, just barely making it ahead of Maeng at the line to score a P2 finish. 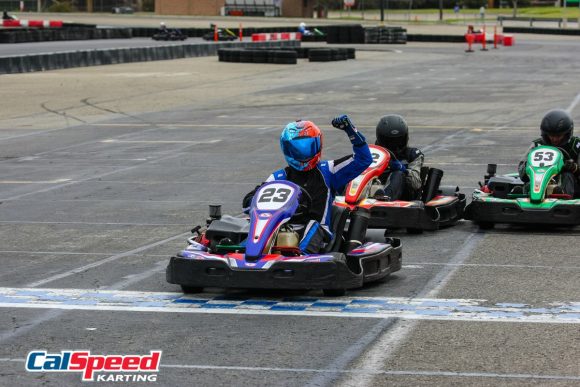 Good starts are important, and that’s how Russell and Clarke began the A-Main. The two had the advantage over the field, but Chen and Sternberg weren’t going to make this an easy one. The top trio remained tight, with Russell on the defense through Long Beach from an eager Clarke as he staved off the rest with no small effort. Pulling off fast lap after fast lap was Karp, who after starting in 7th was already just within grasp of something more… Chen would attempt a pass at Kornakurva but with Clarke holding the fort down, no one would get by. Scandi saw some shenanigans from this pack, finally giving Russell some breathing room. Was he going to get the coveted win? Karp now ensued battle for P2 with Clarke, the two then became an island separate from the rest. Through Contino, Karp kept applying the pressure, but it would be Clarke edging him out by just a hair for the checkered flag. Sprint Series Round 5 would mark the first career win for Spencer Russell, as well as the first career podiums for Donnie Clarke and Evan Karp. If this trend of new winners keeps up, the championship is sure to be a big question mark with each coming round… 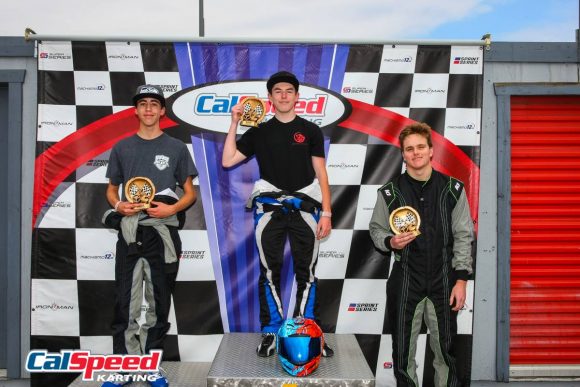