Morse, Lawson and Jasinski Round Out the Sprint Series 6 Podium

Classico CCW was the stage for the 2016 Sprint Series Round 6 here at CalSpeed. The switch in direction seemed to serve as a premonition for change: the podium this time around would see a 2R driver with a recent 1st place and two gentlemen who had yet to earn hardware for the 2016 season. The impact of this podium on the season’s final standings will be very interesting to see… 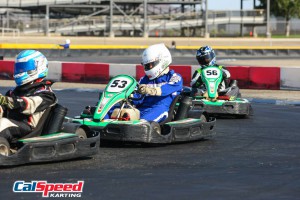 The top three in qualifying would consist of Luis Calderon, Caden Thure, and Ashley Arnott– the former two chasing current points leader Arnott. As Calderon’s second appearance in the top 5 for quali, getting pole for the day usually sets the tone for great starts and hopefully spectacular finishes. It would prove difficult however, as the addition of 2R father-son duo Ben and Henry Morse into the roster would make for a potential shake-up in points for anyone in the top. 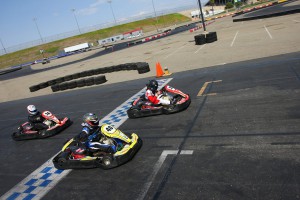 Drivers Henry Morse [2R], Thomas Blackledge, and Arnott took to a 3-kart grouping early on in heat 1A. As the heat progressed, the top 3 would see little change but Blackledge would not make it easy for Morse as they stayed nose to tail lap after lap. At the finish, it would be this same pack of 3 in close crossings over the line. 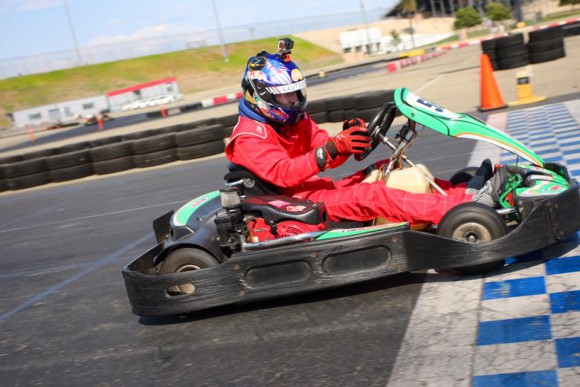 Heat 1B saw Caden Thure get off to a good start from the grid. Meanwhile, Duane Lawson in P2 would maintain his spot until the 3rd lap where he’d meet with Steve Jasinki. Jasinski, having made an aggressive and massive push from a 9th place start, would bring the fight to Lawson and overtake him with 2 laps to go. Thure was soon left unchallenged with a 2 second lead away from the in-fighting behind him and ended with a first place finish. 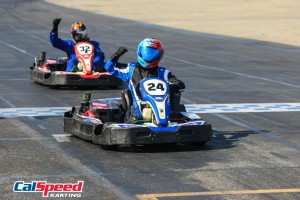 Spencer Russell took off with early lead in the B-Main with Brandon Trostle keeping a consistent distance behind. Masaji Tanaka in 3rd would have to keep the rest of the field at bay in order stay in the top 3. As laps wound down, Trostle began to close the gap on Russell, causing him to run defensively; with 3 to go, lap traffic allowed Trostle to close in on P1. The pair would make a 5 second gap behind them and Tanaka would successfully defend again the rest of the field behind him. 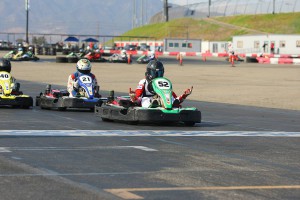 With H. Morse, Thure, and Blackledge rounding out the front of the starting grid, all title contenders were behind. Right outside of the top 3, Jasinski would take to efforts to get past P2 and P3 with Lawson in tow, just as in their earlier heat 1B. H. Morse would cruise to a very early lead and was not seen to waiver for the rest of the race. During the last 3 laps, battles amongst Jasinski, Blackledge, and Ben Morse [2R] shook up the standings and it seemed that it was going to be anyone’s game for 2nd. However it was Lawson, having maintained a steady 4th position behind these 3 drivers, who took the last lap opportunity to get by all 3 to ultimately make 2nd place, his first podium of the season. 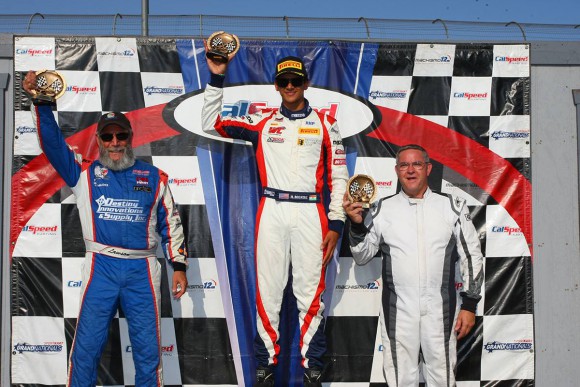