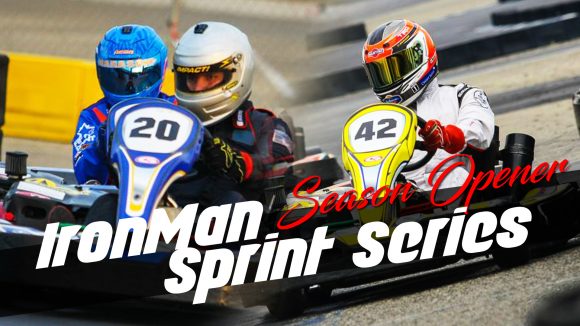 The 2017 Racing Season kicked off this past weekend with an endurance race, as the CalSpeed IronMan Series took to the track under sunny but cool temps to start off the year. With very little changing in the way of rules for the new campaign, it perhaps was unsurprising to see many of the same faces at the sharp end that dominated last year’s championship run, but it wasn’t all status quo. In the end however it would be #4 ranked driver for 2016 Henry Morse breaking through for his first IronMan win, with the #2 driver of Sean Fite in second, and the reigning champ Adam Nagao rounding out the first podium of 2017. 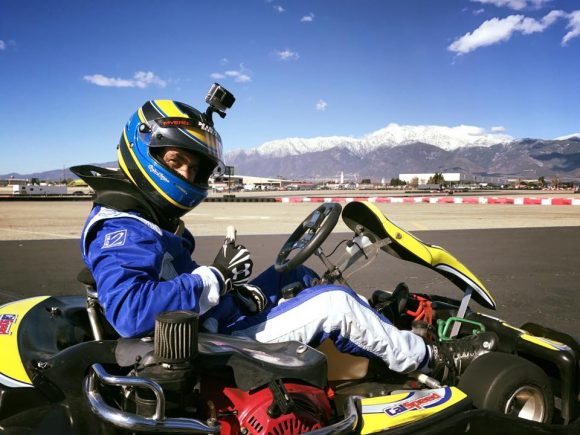 While the IronMan Series is known for inverting the results of the previous round to set its grid order, the first race of the year hosts the lone qualifying session of the season, and this year saw a new but familiar face at the top. Bill Myers showed that he was better than ever, as the 2013 IronMan champ put down a fantastic time to grab the pole position, besting second place runner Henry Morse by .238 seconds. It wasn’t all roses in qualifying for some however, as both Dmitry Korotkov and late entry Sergio Bravo arrived late and missed qualifying altogether; while Chris Carter and Alyssa Yauney would have to battle back from grid spot penalties after being late to the drivers meeting.

The start of the race would be one of the few differences noticed from the 2016 format, as a single-file rolling start has replaced the staggered-standing start from last season, with Bill Myers leading the field of 27 to the green. The aforementioned Morse would make his move for the lead before that first lap concluded, taking away the top spot to lead lap one, with Myers, Fite, Aidan Yoder, and Nagao in immediate tow. Unfortunately for Myers, he would be caught out on more than one occasion trying to get used to the brakes in racing conditions, and saw the top 10 pounce on every little bobble, shuffling him back to 11th in quick succession. He would slip no further though, staying with the lead train until deciding to make his first pit stop on lap 16, which would turn out to be an eventful one. With a clean stop in hand, his kart would see its belt disintegrate as he went to leave the pits, but unlike last year where that would be the end, he instead was given a new ride and the time back. He would go on to finish in the 11th spot when the results were final, but showed that the former champ was back in fine form.

Back at the front, the lead group continued with Morse, Fite and Nagao leading the way, but was now joined by Marcin Balazy from the 9th starting spot, while Yoder still held onto the 5th spot. From there a gap had started to form back to 6th, but the entirety of the front group of eleven would see a big shake up on lap 18. Lapped traffic would really shake things up as there was a a fight for real estate, and not only did Nagao take over the lead for the first time, but the small gap that had started to form between Yoder and Hays now grew by more than a second. With the top 5 nose to tail and now more than two seconds separating 6th to the draft, this would be the turning point for the 2015 champ and his drafting partner and teammate Chris Huerta in 7th. While they would run their typical mistake free race, they could never bridge the gap to the leaders, and steadily lost a little time each lap, eventually settling for 5th and 6th at the line with Huerta finding his way by.

That would not be the only turning point for drivers in the lead pack, the next moment belonging to IroMan newcomer Aidan Yoder. Pitting on lap 25 for the first time, he would misjudge his entry speed and hit the tires, incurring a penalty. Things would go from bad to worse and he would not complete the pit stop successfully, and his multiple trips down pit road saw a top 5 evaporate, eventually finishing 18th. He did however score fastest lap of the race later on in the event, and the rookie Super Series rookie podium finisher from last year proved he has potential in the endurance arena.

Next on the turning point agenda would be fellow podium contender Marcin Balazy, who also had issues on pit road, albeit not in as dramatic fashion. Last of the leaders to make his initial pit stop, he would unfortunately roll through the first box, and after serving his penalty, was too far back from the top three to pose a threat. He would have to settle for 4th when the day was done. 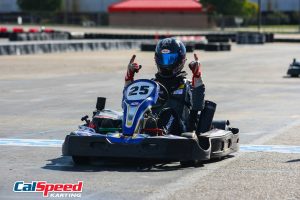 The closing stages of the race saw lapped traffic shake things up once again, as the lead trio juggled strategy with speed, while trying not to lose time working through lapped drivers. While Morse and Nagao employed similar strategies by pitting a lap apart for both stops with about ten minutes to go, Sean Fite elected to go long, and would leave things to the very end. Talking to him afterwards it wasn’t supposed to be literally the final two laps, but he was still able to get them in. When they would cross the line it would be Morse bringing home the victory, while Fite exited the pits on the white flag lap in between the leader and Nagao, taking the second spot with the reigning champ 3rd.

It was an exciting opening round of the championship, and while several familiar faces showed they were back in force, there are also a few names we’ll be watching close coming round #2 on Sportivo, Saturday February 11th. 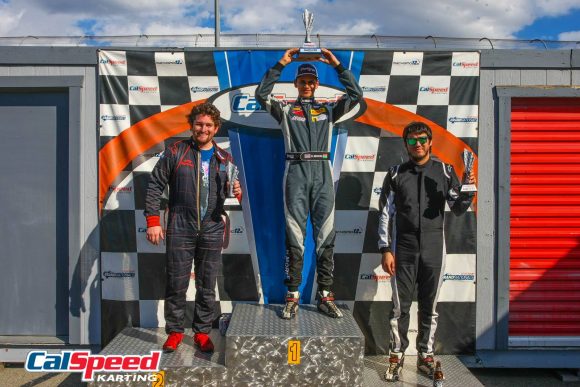