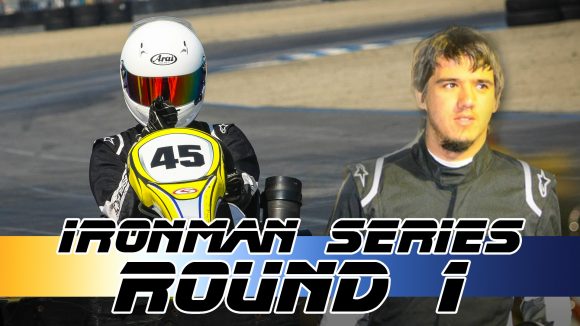 The 2018 IronMan Series season kicked off the new campaign in arguably the toughest conditions yet, as the field of 38 negotiated a drying track from overnight rains. Adding to the challenge was the inclusion of the Pro Class this season; the VLR 206 package returning to its role as the pro class entry a la Machismo. While the Nuovo layout is known to be the fastest of all the CalSpeed configurations, a full house on hand across the two classes, plus the tricky conditions meant a lot more tip toeing than flat-out at times. In the end it would be a first time winner in Scott Milne, while former IronMan Series champ Patrick Britain brought home the win in the Pro Class.

With much of the track in pretty good shape, it was actually the new pavement from the repairs last spring that were the slickest, and officials deemed an ‘open practice’ a better route than the green-white-checkered qualifying that had been originally planned. Times from this session were used to set the grid, with the Pro Class leading the Sports via the single file rolling start. 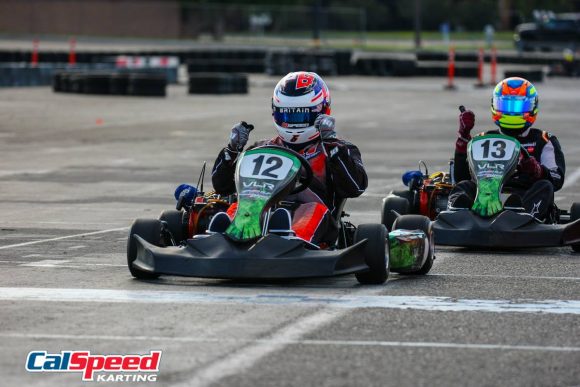 Riley Dugan would lead the field to the green flag, but his lead would be short lived as Patrick Britain took over in quick succession. Britain would stay put front for several laps before making his first pit stop, relinquishing the lead to Jetson Lieser. Lieser’s time at the top ended as quickly as it began via his strategy, also pulling into the pits as he caught traffic. Instead it was Alexander Bermudez that took over at the top and stayed there for awhile, keeping the lead until he elected to take a trip down pit road on lap 22. Ryan Curtin was the next to accept the gift of the lead from there, pace the field until he made his stop with about a third of the race remaining. This would give it back to Bermudez, but for only a couple of circuits before he made his second required stop, exiting the pit lane behind the aforementioned Britain who was on a separate strategy from most. Electing to get his pit stops done and dusted in the opening 15 or so laps, Britain used the rest of the time to try and reel in those that hadn’t, seemingly keeping all in check save Bermudez. Still, he would not be denied, and although he traded the top spot with his rival a couple of times, it was Britain over Bermudez at the line by just .183 seconds. Pole sitter Riley Dugan would round out the podium, having battled back from from a few hiccups through traffic along the way. 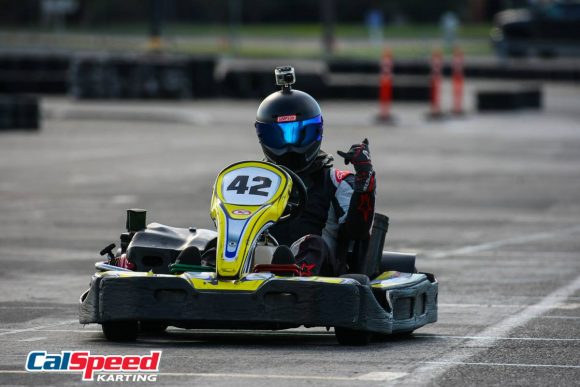 Some days everything seems to go your way, and for Scott Milne, the IronMan Series 2018 Season opener was that day. Leading the sport kart group to the line, like the Pro Class, the sport classes pole sitter’s time at the front was short, as Cameron Jocelyn took over the point right away. Milne was able to snag it back for a second, but after Jocelyn dispatched him the second time, Milne fell back into the clutches of the chasing pack. The turning point for him was the pit strategy; doing back to back stops right around half way, the clean air was the key for Milne and his ride, and he was able to either match or better the pace of the leaders. Flying under the radar deep down the order, it was apparent just how well that worked until the very end, as he started rocketing up the charts as every driver completed their stops. When the last of his competitors had pit, Milne was there to steal away the top spot, capitalizing on a rare opportunity, and scoring his first ever win. 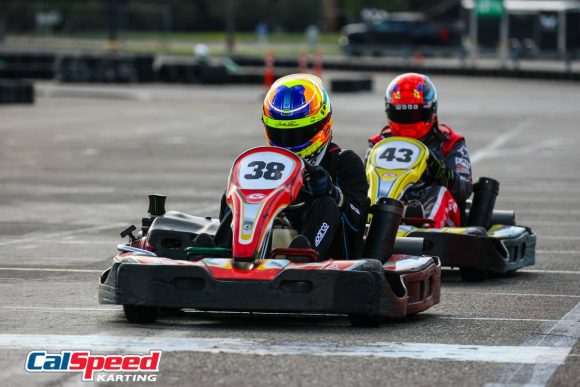 With the eventual winner running further back, it was the battle for the eventual rest of the podium that had everyone’s attention. From the time Milne ducked in the pits to do his required stops, five different drivers took their turn at the front over the course of the race. Alyssa Yauney, Chris Huerta, and Jose da Silva all led laps, but it was last year’s 1-2 Adam Nagao and Taylor Hays that would lead the most. Pit strategy favored Hays however, putting in perhaps the quickest pit stops of any driver, coming out as P2 once the dust settled. Third was a little less cut and dried, as while Jose da Silva came out of his final spot in third, he would have to beat another under the radar driver in Andrew Wood in a drag race to the line; a feat he accomplished by just .008 to secure the final podium spot.

It was tricky and exciting start to the 2018 IronMan Series campaign, and its going to get even more challenging with arguably the most technical circuit on the calendar: Tecnico. That’s right, next round we will be heading in the counter-clockwise direction for the first time this year, and with only 10 spots remaining on the entry list, drivers are already excited to get going. Congrats to Scott Milne on his first ever win, and we’ll see you for round #2 on February 10th! 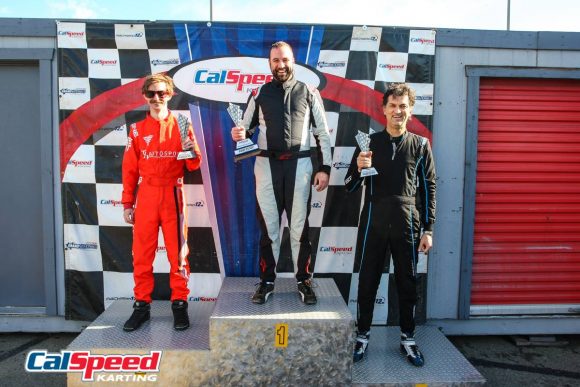 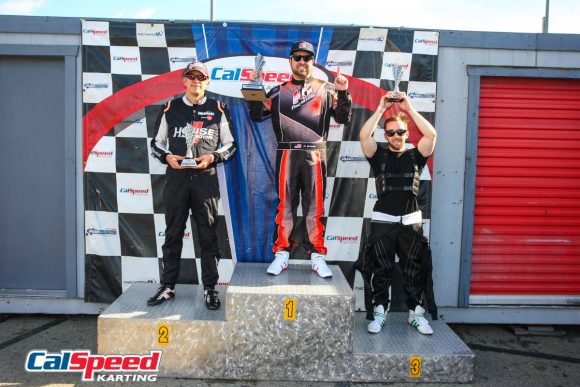