Photo Credit: Luis Calderon
The biggest endurance karting event on the west coast hosted its 9th annual event this past weekend, as 24 teams across three classes battled it out in this year’s Machismo 12 Hour Event at CalSpeed Karting. Utilizing CalSpeed’s Sodi sport karts in both the Sport and Super Sport classes, this year saw the debut of the VLR lo206 package as the kart of choice for the first time in the Pro Class. And unlike the past couple of editions weather would not be an issue, as the two-day event enjoyed absolute perfect weather for racing, hosting practice and qualifying on Friday, and the full 12 Hours of racing on Saturday.

While qualifying for a long endurance race is not a requirement to win the race, starting at the sharp end of your class and ahead of as many other teams as possible for the Le Mans-styled running start certainly doesn’t hurt. Bringing home the pole position in the Pro Class would be the Logan Calvin-led “Logan’s Heroes” team, “The New Day” brought home the top time in Super Sport with Calvin also behind the wheel, while T4 Autosport Powered by TEG would taking top qualifying honors in the Sport Class. When the green did fly on Saturday morning however, we’d see a different team lead into turn #1… 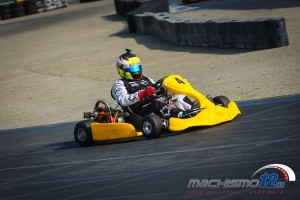 Starting from the second spot on the grid, Mark Connell would be the quickest getting into his #4 ride for Team Asylum in the Pro Class, and lead all teams not only through the first corner, but for the first hour before eventually being past by Steve Jasinksi for “The Heroes”. Connell would take back the lead after a handful of laps, and once Jasinksi pit for fuel a few laps later the immediate pressure was off of the lead team. They would lose the lead just one other time through the pit stop cycle, regaining it after misfortune around lap 258… 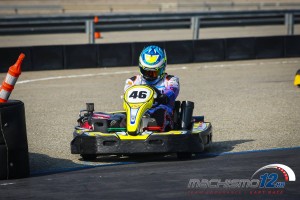 The start for the Super Sport class saw Logan Calvin shot out of a cannon for The New Day, almost being the first driver into the first corner, an advantage he built on and held throughput his first stint. Behind him a pair of T4 Autosport teams would give chase in T4/CS and T4 Autosport Powered by PBR, eventually becoming their primary challengers to the top spot, albeit hard pressed to make in-roads on track. Working different strategies amongst the three teams, The New Day would only relinquish the point when they worked through their pit cycle, returning to the lead when the T4 duo did the same.

In the Sport Class drama would happen right out of the gate for one of the top contenders, as two time and back to back defending Sport Class champs All-In Racing had to head into the pits right from the get go with a mechanical issue. After the kart swap and time returned to them, they were back on pace and in the fight for the win, albeit perhaps with a stress along the way. They would give chase to the two primary contenders for the win, pole sitter and leading squad T4 Autosport Powered by TEG, and team Red Mist Activated. In this class it would be a story of balancing speed and strategy all the way to the end, with T4 holding the advantage most of the way.

Back in the Pro Class, the aforementioned misfortune came with contact in two separate incidents; one with a curb, and another with lapped traffic that saw the leading Logan’s Heroes team sidelined for multiple laps. This essentially took them out of the running, and handed not only the lead, but a hefty margin to Team Asylum, who was running a clean race from the start. With mistakes sidelining every other team in the Pro field, the Pro Class would see Team Asylum win by 11 laps over T4.1/Race Academy, having recovered from starting from pit lane and early damage to score 2nd place. Rounding out the podium would be team No Eye Deer, once in the hunt for second spot before a damaged steering shaft saw them lose precious time.

In Super Sport it would be The New Day at the front for most of the race, relinquishing the lead during pit cycles to last year’s class winners, the two-man effort T4 Autosport Powered by PBR with Taylor Hays and Adam Nagao. Staying on the same lap as the leaders even when in second, they would eventually settle for runner up, just 32 seconds astern of the win. Rounding out the podium just 1 lap behind would be T4/CS, they themselves keeping the pressure on to the end, eventually missing the top two steps via fuel strategy. 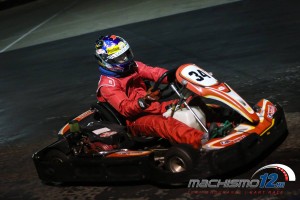 Sport Class would see three teams with differing stint strategies from the get go, with Red Mist Activated leading in the early stages, both on track and in stints. Halfway through the race however the tides turned to T4, becoming the de-facto team to beat on the back of their superior speed. From the mid point on they would not let go of the top spot, bringing home the win by 3 laps over All-In Racing, who held on to a 1 lap advantage over Red Mist Activated at the end.

For the Pro Class, it would be redemption for Team Asylum (Mark Connell, Wes Dent, Charles Eichlin, Jon Kimbrell, Bill Kreig) after coming very close to the win in the previous year, while it was also history making, with Mark Connell becoming the first driver to win in all three classes on offer. He is still the only driver to win in two classes in the same year, now doing it twice as he was also on the Super Sport class winning entry of The New Day (Connell, Logan Calvin, Sean Fite). For Calvin it was a repeat of 2015 when he won with Connell, and for Fite it was a capitalization on a goal he has had for some time. For the Sport Class winners T4 Autosport Powered by TEG (Tom Zevin, Caden Thure, TJ Blackledge, Paul Ciralli, Andrew Brown) it was a win that had eluded them for the past two years, having been the bridesmaid twice, and now finally brought home the win.

All in all, it was another great Machismo 12 Hour Karting Race event, and also the foundation for many years to come with the new VLR lo206 packages which ran beautifully, and mistake free all event long. With nine years down and a special 10-year anniversary event coming in 2017, it can only get bigger and better from here! 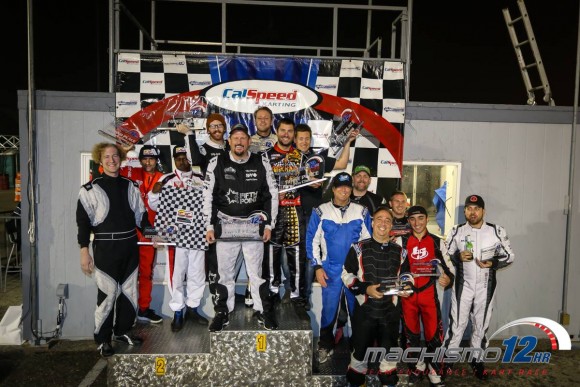 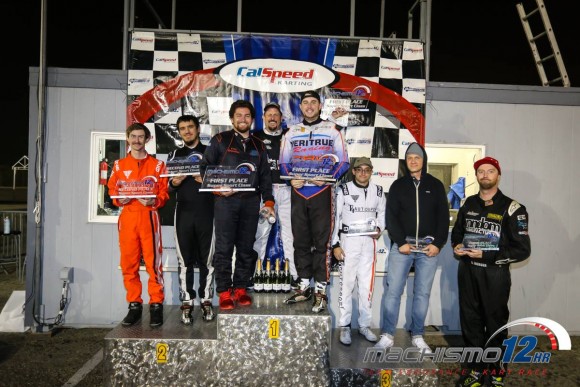 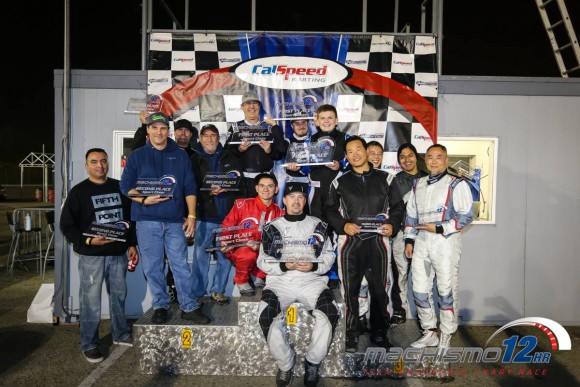 Congratulations to all the teams that won and found the podium, and thanks to all the drivers that came out to compete in this test of mental and physical endurance. You can find the full results by following the link below, as well as find pictures of you and your teammates via our photo gallery too. Be sure to like our Facebook page for announcements on the 10th Annual Machismo next year, and have a happy and safe holiday season. Until next year!