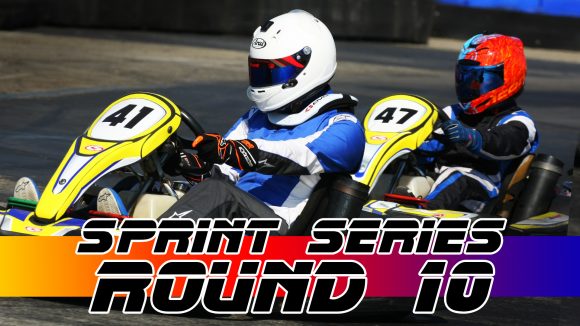 The postponement of the Sprint Series Finale seemed to cause a wave of impatience and tapping foots– waiting a whole other month to settle a championship would certainly add drama to the whole thing. For onlookers looking to see this season to a close, the Samuel Hunt vs Spencer Russell rivalry would be the battle to watch. Behind them, a storm brewed for the final step on the podium with the likes of Evan Karp, Randy McKee, and Mark Sternberg as all potentials for the last piece. Also returning to the fold would be last year’s Sprint Series Champion, TJ Blackledge, the proverbial wrench thrown into the game. The season would surely wrap up in very exciting fashion… 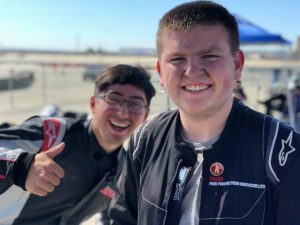 The fight for the title would of course would begin during qualifying. Karp, Hunt, Russell and Blackledge vyed for pole position lap after lap– any advantage would be crucial this day. Ultimately, it would be the 2017 Champ, TJ Blackledge that ousted the rest by a slim 3/100ths over Karp. By the end of quali, only 0.127s would separate the top 5.

For heat 1A, Russell would have Blackledge to contend with in his efforts to close the point gap to Hunt. Blackledge, Russell, and McKee took to the green in solid form, making little to no aggressive movements at first. A lot was riding on the day, so Russell would quickly wrestle the lead away allowing McKee to also sneak on by and relegate Blackledge to P4. The top 2 would duel constantly, stealing the lead from one another over and over with each waning lap. Blackledge in the meantime caught up to the pair, dispatching P3 in the process. With one lap to go, he would overtake both McKee and Russell, earning the heat 1A win.

Karp began the second heat of the day in fairly comfortable fashion, his strong qualifying having set the tone for what would become a near-perfect day. Ivan Martinez made an excellent start at the green, moving up several positions straight away into 3rd. Heat 1B would also see yet another 2R driver, Tyler Rousseau, take to the track for the finale, similarly if not more impressively leaping from the latter half of the field and inched closer and closer to the top runners. Martinez had to make do with the onslaught of drivers behind him, falling back to 4th for the middle of the heat. P2 would change constantly but Karp would keep the door slammed firmly shut from anyone trying to take the lead away from him. The battle for P2 would be an exciting one, however, as Martinez and Rousseau would make it a 5-driver fight in the final lap with Karp scoring the win, followed by the latter two to round out the top 3.

Heat 1C, unlike the previous races, would go off without a hitch with Hunt and Diego Alvarado pairing up over the rest of the field leaving John Rice to a lonely but advantaged P3. For the first half, Hunt would be the quicker of the two but by the time Alvarado’s draft picked up, the fighting would begin. With two to go, Alvarado now had the lead, holding as firmly as possible for just another go around. After the white flag however, Hunt took it back, scoring 1st place over Alvarado and Rice, setting a stronger foothold on what just might become a championship winning day for him. 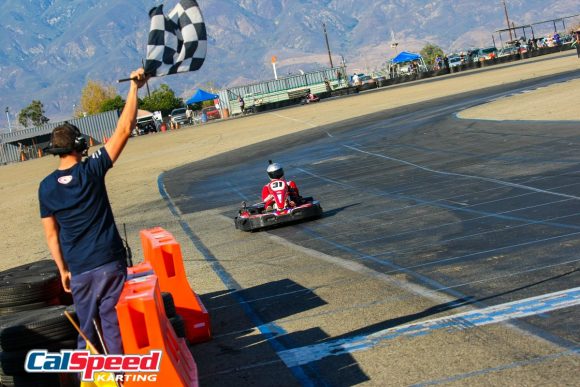 Juan Avina, Mark Gomez, and Shelby Blecker started the top 3 for the final Sprint Series C-Main of the year. With each lap, Avina would extend his lead to eventually over 4 seconds, leaving no chance for any contention whatsoever. Blecker in the meantime would catch up bit by bit to Gomez, improving his lap time with each cross of the start/finish line. Once the checkered flag was in the air, it would be a win for Avina followed Gomez and Blecker. 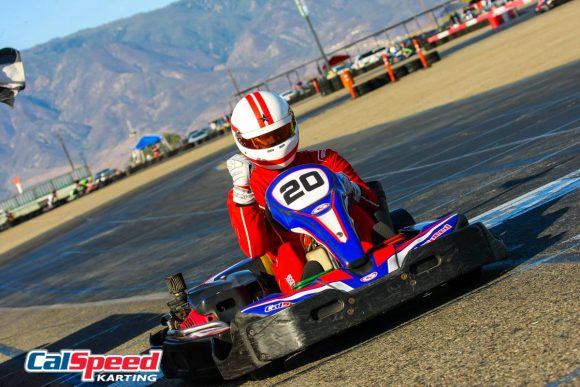 In the B-Main, Mark Sternberg would sail away quickly at the start while the battle for P2 and P3 would be between Tom Zevin, having started near the front, and Rodney Bryant who already made headway at the green for multiple positions. About midway through the race, it was anyone’s game as Zevin and Bryant fought with several drivers, going both up and down the ranks constantly with each crossing at the start/finish. Sternberg’s lead continued to stretch to over a second, saving him from the hornet’s nest behind him. By lap 6, Zevin would be in P2 and Bryant eventually just behind after successfully dispatching a number of drivers to get to the 3rd spot. Sternberg would go on to score the transfer to the A-Main followed by Zevin and Bryant. 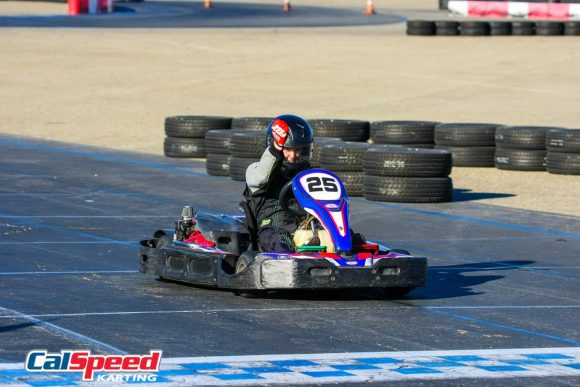 Finally, the A-Main. A championship was about to be settled and the final step of the podium was still up for grabs. The participants: Blackledge at the front, Hunt off-pole, Karp 3rd, Alvarado 4th, and Russell 5th. In past A-Mains this season, Hunt would often take the helm and enjoy effective wins, unbattled for extended portions of the race. This race day, he may have stolen the lead from Blackledge after only a lap, but the heat was on and there was no getting away easy this time. The top 5 clustered together for a true nail-biter of a race. Karp ousted Blackledge for P2 and began his attack on Hunt, seizing the lead by lap 8 and forcing Hunt down to 3rd but also allowing championship hopeful Russell a jump to 2nd. With one lap to go, the top 5 came to a head and names would shuffle almost all down the line. As the dust settled, Evan Karp racked up his very first career Sprint Series win– knabbing 3rd overall for the season in the process. Hunt followed for P2, officially stamping his title as the 2018 Sprint Series Champion. 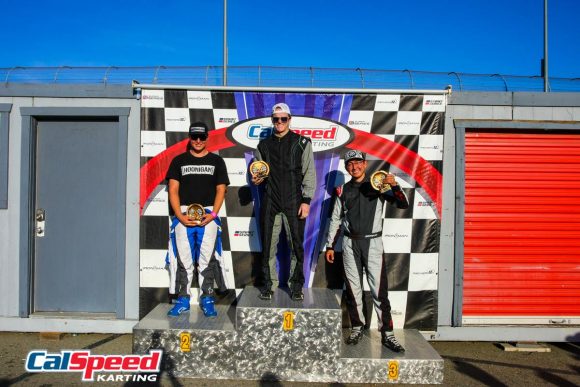