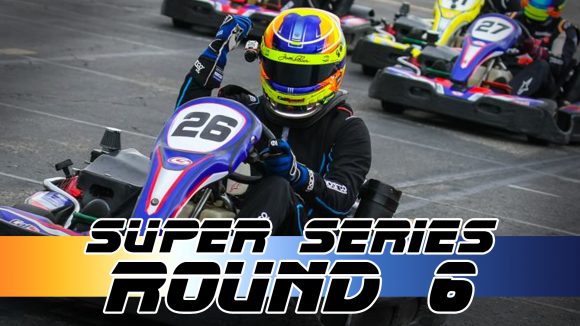 The 2018 CalSpeed Super Series would begin the second half of it’s season on the same track it started on back in January, as the drivers would be hosted by the ‘Super Speedway’ itself, Nuovo. While warm temps had been the norm of late, everyone would be welcomed to a perfect day of racing with a good breeze while not going above 80 degrees all day. With all save two drivers in the top twenty in attendance, it was sure to be a big day in the points, even though anything and everything has happened before on the fastest of the CalSpeed layouts… 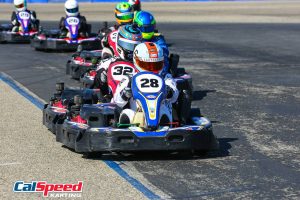 2018 has seen a single driver really step out as the driver to beat in qualifying, regularly clocking top times, averaging a 7.3 starting position so far this season. That driver is Chris Huerta, and he amazingly put up his third pole of the year this past Saturday, topping the charts by .017 over Alyssa Yauney. It was Yauney’s second time scoring qualifying bonus points in 2018, and the top two were joined by Sportsman standout Sam Hunt in the top three for the first time. 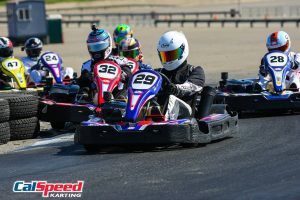 Perhaps it is just something about Nuovo, but for just the second time this season a driver was able to sweep their heat races, this time the honor going to Adam Nagao. The rest of the wins would be spread out amongst four drivers that are showing an affinity for heat race wins, including TJ Blackledge, Alyssa Yauney, Alexander Bermudez, and the series leader in heat race wins, Sean Fite with his fifth. The front row nod for the A-Main would go to the #2 qualifier -Yauney- however, coupling her win with a second in the first heat, while the reigning Super Series champ Patrick Britain and the aforementioned Sean Fite rounded out row two. 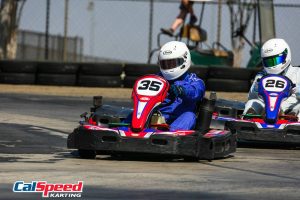 The first main of the day would start out as a battle royal, but eventually wind down to a mano-e-mano fight at the end that would come down right to the final corner, and then some. Frank Hsu would lead the field away, but it would be Sicheng Li coming across the line first at the end of lap one. Unfortunately for Li, his time at the front would be short via a drive-through penalty, with Ayrton Demoss inheriting the top spot in the process. He would have Hsu and Edison Noboa in tow at the time, but the two more experienced drivers would make their way by with three to go and create a gap to make it a one-on-one fight at the end. Hsu would cross the line first, but would go back behind Noboa because of too much contact in the Long Beach corner. 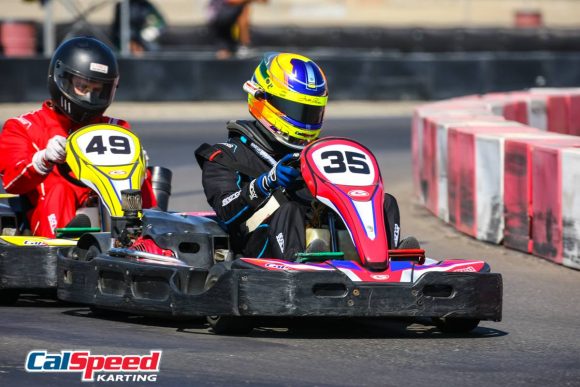 Like the C-Main before it, the B-Main would also see a two driver fight for the win, but this time well out in front of the battling main pack behind them. Relegated to the 2nd Main after contact in his second heat race, Jose da Silva was determined to get back into the A-Main to salvage as many points as possible, but he would have to fend off advances from IronMan front runners from that morning, Ariel Rubio and Mark Sternberg. Unfortunately for Rubio, a mechanical issue would take him out of the running, but Sternberg would keep the pressure on all the way to the end. Again, experience would play the advantage for da Silva, holding off Sternberg to score the B-Main win and the transfer to the A-main. 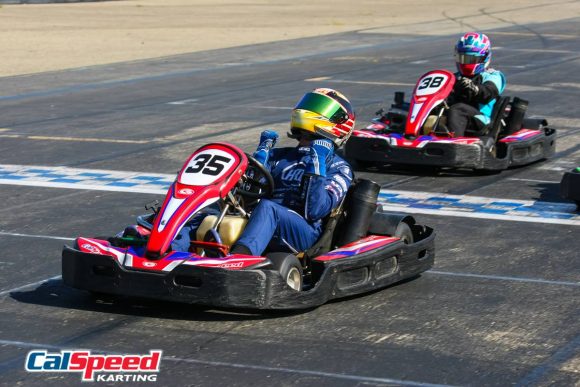 For the second round in a row it was the outside line with the run into turn #1, and this time Alyssa Yauney leading the field at the stripe with Sean Fite, and Charles Eichlin in tow for lap one. That lead trio would stay unchanged for the first third of the race, allowing them to pull away from all save former podium finishers Alexander Bermudez and Jetson Lieser. While fourth and fifth pushed to bridge the small gap to the front three, the top two looked to eek out a small advantage on Eichlin in third. On lap six Lieser made the move for fourth, now just about to reach Eichlin for third, but still about a second back from the leaders. Lieser wasted little time going to the lead for the trailing three, towing both fourth and fifth along as they started to reel in the top two. With five to go it was once again a five driver train, while still with Yauney at the helm, the pressure was mounting as Lieser went purple and Fite with his best lap each on lap 11. She would hold off the imminent attack for at least one lap before Lieser would take over on lap 13, with Sean Fite going through as well to drop her to third. The counter was inevitable, with Alyssa moving back up to second, before making her move for the lead on the final lap. That move would come heading into Nuovo, but with Jetson holding the outside, he would have preferred line heading through Silk, and with a push from Fite and Yauney was back to third. The final chance was into the Long Beach corner, with Lieser going slightly defensive, and Fite lining up for an over-under and run coming off. A slight tap from Yauney at the Apex after a mis-timed move would negate the attempt however, and Jetson Lieser became the sixth different winner in as many races, his career first Super Series victory. 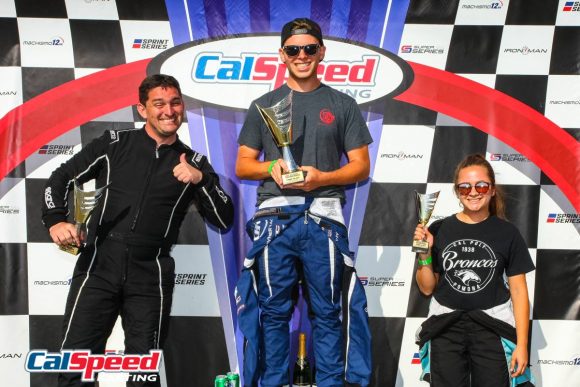