Nagao Secures the Top of IronMan Round 2

Round #2 for the CalSpeed IronMan Series would take to the Tecnico circuit, one of only two layouts it will be visiting twice this year, and would do so with many big names coming from further back with the invert in full effect. Coupling this challenging circuit with the need to make up ground saw some interesting strategies, and in the end saw a trio of drivers really shine. Scoring his second career win, Adam Nagao bested former IronMan Champ Jon Kimbrell, and up and coming hotshoe Marcin Balazy, who scored his maiden podium in the Series. 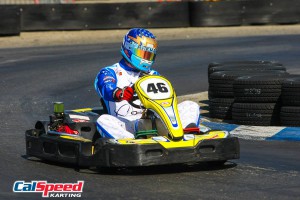 Jason Collins would lead the field into the esses via his pole position, and would hold onto the lead for the first few laps, which held very little drama for the thirty kart field. Unlike many of the races we have seen before, there were only a handful of takers to pit lane right out of the box, with only four drivers heading down the pit lane in the opening couple of laps. Instead, drivers jockeyed for position, working their way to the front while simultaneously trying not to lose time to the leaders. Of the drivers that did pit early however, the one that would make the biggest gains was Henry Morse, as he was able to hook up with his dad Ben and both took pace immediately.

At the front it was Sean Fite who was able to snag the lead away from Collins fairly early, maintaining his advantage as others drivers continued to work their way to the sharp end. In fact, Fite held on to the point until about fifteen laps in, when Jon Kimbrell was able to take over, the two then working together to push the advantage over the rest of the field. This advantage was bolstered a bit through the first half of the race, as while virtually none from the front part of the field went down pit road, many others from the second half did, and traffic started to affect the race early. 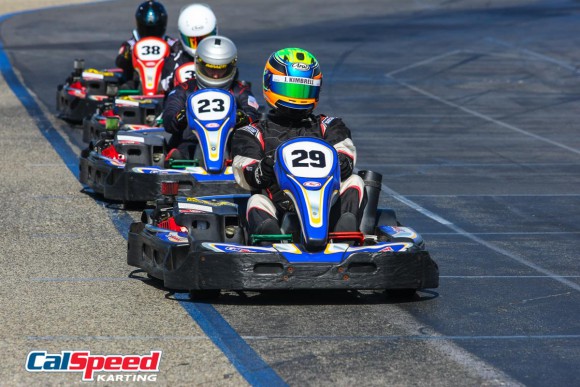 The advantage didn’t hold over everyone however, as Adam Nagao was able to reel in the top two drivers with the help of Marcin Balazy, the duo putting in some of the best laps in the early stages of the race. By lap 25 it was Nagao leading the way, with Kimbrell and Balazy in tow; the trio having dispatched Fite who would slowly be caught be the pack behind. This pack consisted of 5th-11th, the group smartly staying mostly nose to tail in an effort to catch the leading group.

At the halfway point a slew of pitstops started to happen, but oddly enough, the leaders and chasing pack would again refrain from partaking, instead content to ride along and click off laps. Traffic at this point was getting to be a bit more of a challenge, as about 2/3 of the field had already stopped at least once. This included the aforementioned Henry Morse, who after making his second stop actually came out right in front of the chasing pack led by Chris Huerta, who was having an astonishing run from 29th on the grid. Morse would slot in for the long haul, his pit strategy allowing him to continue to cut fast laps with the group as the laps waned. 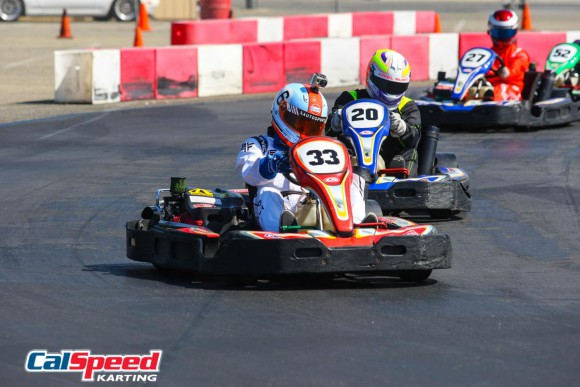 When the 10-minute board came out, pit lane became a very busy place; all those drivers waiting till near the end to complete their two required stops begain to flood the single lane into the corridor. On numerous occasions we saw two, three, or even four drivers head down pit lane at one time, the usual open spaces getting much more congested. And while very few drivers had issues on pit lane, this did shake things up in the order a bit, with some drivers unable to maintain their hold on the drivers in front.

Of the leaders it was Balazy that would blink first, peeling down pit road leaving Nagao, and then leader Kimbrell to decide amongst themselves who would be next. Balazy wouldn’t wait long to make his final stop either, pitting again just two laps later, finishing both his stops before the lead two had even made one. Kimbrell was the next to come in, with Nagao entering one lap later, the advantage going to Nagao for just one lap, as he would come right back in for back-to-back stops. Kimbrell would follow suit a lap later, this time regaining the advantage as the leap frog back and forth continued. It was then a mano-e-mano at this point, as Balazy rode around about 2 seconds astern; the duel forming to be a repeat of the 7th round in 2015. 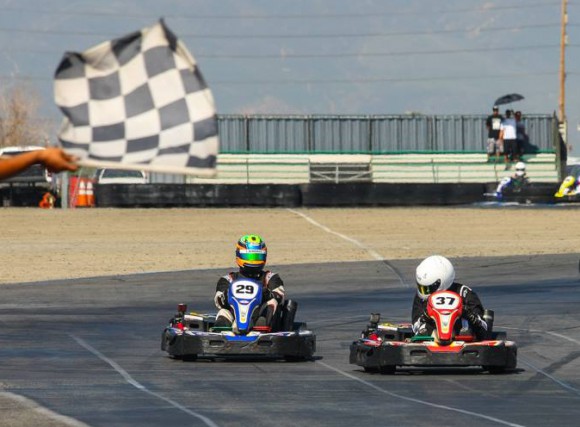 Nagao would make his move down into the esses on the final lap, and while Kimbrell held the outside into the right hander, Nagao did the same, carrying the needed speed to take over the lead out of the Contino corner. Smart defense the rest of the lap would see Nagao hold onto it, and with no issues at the scales this time (a joke that he finally has put to rest), brought home the win with Kimbrell second, and Balazy in third. 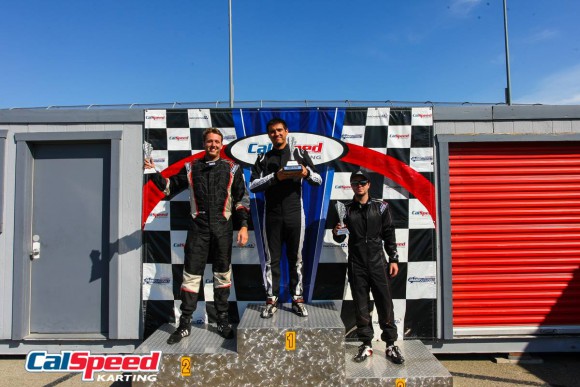 A complete listing of points can be found here.