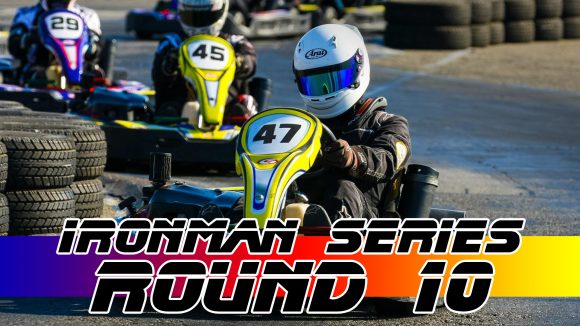 It’s championship weekend here at CalSpeed for the sport karting community, and we kick things off with the IronMan Series Season Finale, taking to the Tecnico track for the second time this year. With both the overall and Summer Series title up for grabs -and between the same three drivers- the spotlight will surely be on the protagonists, but this will also be the final chance to score an endurance race win in 2018. For those not racing for the championship, getting to the sharp end and walking away from the final race this season with hardware is the primary goal. Second to winning may be the fact this is the last chance to prep for the 11th annual Machismo 12 Hour race, now in less than one month’s time. Nearly the entire entry list is already confirmed for the once-around-the-clock special, and perfecting pit lanes will certainly be on many driver’s minds.

In the final IronMan Series preview, we’ll take a closer look at each of the championships up for grabs, how the points and contenders stack up going in, as well as look back on how things shook out the last time we were on this track…

Tecnico Flashback: A return to Tecnico; looking back on round #2 this past February… 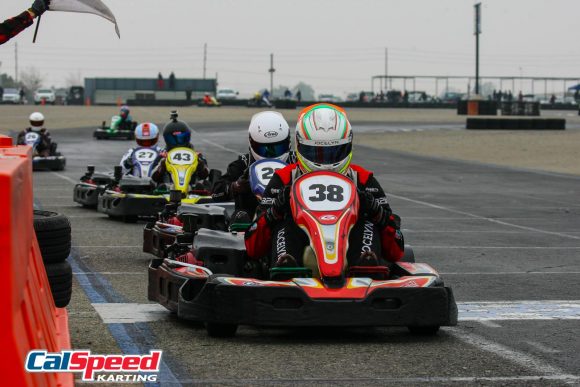 “Like it was in the Pro Class, the battle for the lead in the opening laps for the sport class was fierce, with pole sitter Tony Severson immediately coming under fire, first from Mark Sternberg, and then by Tony Chen. The former pair each led a lap, but it was Chen that was not only able to hold on to the lead, but pull out a bit of an advantage as the jostling for position continued behind him. Chen would go on to lead the most laps in round #2, but as is the case in these IronMan races, leading overall does not necessarily put you in the best position in the end.

From the drop of the green, it was evident that there was going to be a multitude of different strategies in play; the aforementioned Chen stayed out until the last several minutes after starting 3rd, while Chris Huerta was on the other end of the spectrum, pitting right away on lap one. That early pit strategy seemed to be the right call too, as Huerta was joined by Cameron Jocelyn arrears of the field on lap 6, the duo becoming informal teammates for the duration of round #2. While this pair worked together in mostly isolation for the first three-quarters of the event, another pair had linked up and emerged as their primary challengers.

While Huerta and Jocelyn elected for an early pit, last year’s Super Series Pro Class champion Alyssa Yauney and 2017 Super Series Rookie of the Year Thomas Blackledge linked up in an effort to charge to the front. Staying out until about lap 45, the duo caught and passed the aforementioned Tony Chen, and maintained the top spot until ducking in for their first stop. Yauney would be the leader, followed by Jocelyn, Huerta, and Blackledge, with the quartet established as the true fight for the overall win. Yauney would be the first to blink for her final stop, and while it was the fastest of the group, her timing put her into traffic while the other three put up their best laps of the race. Jocelyn’s move to be the last to pit would pay off, coming out with a one-second advantage, and the overall lead that he would hold onto until the checkers. Blackledge would recover from a slower pit stop to steal second from Huerta, with Yauney settling for fourth in the end.”

Overall Championship: Finale welcomes a three-way fight for the 2018 championship… 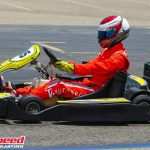 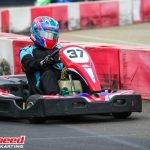 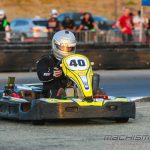 After nine rounds and 11 hours of competition, the 2018 IronMan Series championship comes down to three individuals, with all three backing up their performances from a year ago. Taylor Hays, Alyssa Yauney and Sean Fite sit 1-2-3 in the championship heading into tomorrow’s event; the trio already improving on the 2-3-4 from last year, and locked in to a podium finish for 2018. The question is, in what order?

Hays -the 2015 champ- currently sits atop the standings with a 26 point lead, while second place Yauney carries a slim 10 points over third place runner Fite; all three have a mathematical shot at winning the championship. For the current leader it would be his second Series championship in four years, still marked as the only driver to sweep the sub-categories at the same time. He is again in position to match that feat, but we’ll talk about the Summer Series later. For him it is all about a top 5; fifth or better and it does not matter what his rivals do, he will cross the line as champ when the checkers fall. He has finished 5th or better in five of the eight races thus far, albeit one with the help of a teammate in round #7’s 2-hour event.

Yauney is going to snag her second piece of overall IronMan hardware for the second year in a row, but the newly crowned 2018 Super Series champ would like both her trophies this season to say ‘Champion’ on them. Last year was the breakout season for Yauney in this series, but she backed it up in 2018 with another win a couple of podiums, finishing inside the top-five five times so far coming into tomorrow’s race. She’ll need to be near perfect to beat Hays; with only 36 possible points up for grabs given his drop, not only does she need to put up one of her best runs to date, Hays will also need to have one of his worst.

For Sean Fite, this weekend needs to be perfect; only a win with the most laps led will see him have a shot at hoisting the IronMan championship cup, but he’ll need a lot of lady luck on his side as well. Not only does he need Hays to have a drop round -with no laps led- but he also needs to beat Yauney by at least two positions to come out on top. Even then it would come down to a tiebreaker, but the two-time winner this season has what it takes to make it happen, coming off his second podium in a row last month.

Summer Series Championship: Sub-Championship comes down to the Season Finale… 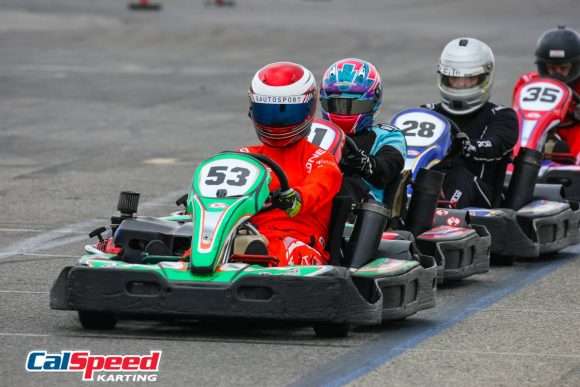 Perhaps it is no surprise that the three protagonists for the overall trophy, are also the three fighting for the Summer Series, with the trio having won the past three Summer titles between them: 2015- Hays, 2016- Fite, 2017- Yauney.

Alyssa Yauney figured things out last year and came on strong in the second half of the season to steal away the Summer Series in the final round from then-champ Adam Nagao, but now she is the leader -and one under pressure- going into the finale. Her slim 7 point lead over Sean Fite, and 14 point advantage over Taylor Hays mean virtually nothing with the drops they all have in hand. While this is a race-in-a-race with the Overall title being more important, the need for all of them to do as well as possible in the finale should see them all inside the top 5 and fighting for the win. At some point, the focus could shift from overall to Summer, especially in the waning laps if all three are indeed in the hunt for the round #10 win. Every position and potentially every lap led could mean the difference in this title decision, and it will be interesting to see if they all employ similar strategies, or try and break the mold from each other. They all start in a row with each other (Hays 12th, Yauney 13th, Fite 14th) so they should have no trouble keeping an eye on things from the start; but who will blink first for the pits, and who will decide to stay out, or follow suit?

While all three have won this sub-championship before, Hays enters as the Winter Champ from earlier this season, is the current point leader, and the only driver to ever do the trifecta (overall and both sub-championships in a single season). Can he repeat that feat from 2015? 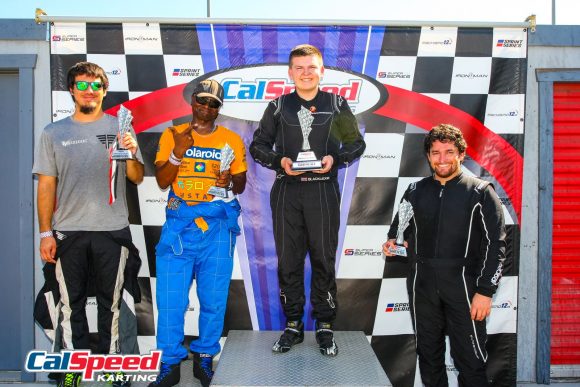