Round #6 of the CalSpeed Karting IronMan Series 2016 season took the Classico course once again, but this time in the reverse direction, once again providing a hearty challenge for the 30 drivers in the event. They would get a reprieve from the heat wave this round however, and would ‘only’ have to endure temps in the mid-90’s as opposed to the triple digits from one round earlier.

When the checkers flew on the sixth race of the season we would see a new name added to the 2016 win list, as last year’s reigning champ Taylor Hays found the top step of the podium for the first time this season. Also putting up his best run of the year was Sean Fite, as his second place would be his first career podium in the series, while overall point leader Adam Nagao racked up yet another top three with his 4th podium of the year. 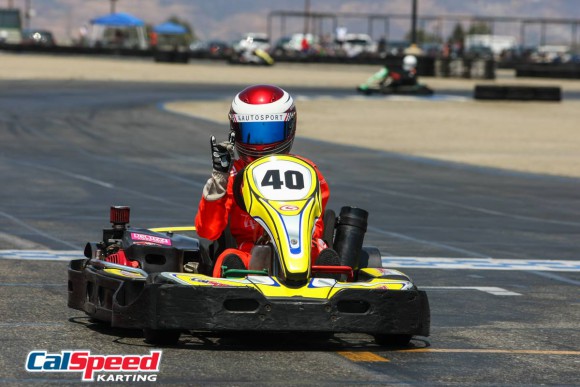 After a rough round in July, former CalSpeed champion Jon Kimbrell would lead the field away at the green, but it would be the 2015 champ scoring the honors of leading the first lap of the race. Kimbrell would hold station for several laps in the second spot, until Sean Fite took over the runner up spot, having worked up from 8th. Fite would give chase to the lead immediately, pushing to eat up the almost two second advantage Hays had built up.

Further back the pit strategy game had already started, with point leader Adam Nagao the first to blink. It would be a back to back strategy he would employ, coming in on the opening two laps. Round #5 winner Steve Spring would mimic the strategy, coming in on laps 2 and three, with the duo linking up shortly just outside the top ten on course. They would get to work and one by one would pick off drivers in their push to the front, being helped by the occasional driver ducking into pit lane.

There was the second strategy employed right away too: pitting fairly early, but waiting on the second one until later, shaking up the running order from mid way on back. The best runner on this strategy looked to be last months’ runner up finisher Henry Morse, who pit away from the pack after only a handful of circuits, but then didn’t head back down for several laps later. With all the early stops, many eyes would look to the front, and see when the leaders would finally make their first trip down pit lane.

Those stops would start around halfway with Taylor Hays; but not before Sean Fite had found his way to the point, and led an almost equal number of laps to his counterpart. These first pit stops would end up being the turning point of the race however, as the duo went from fighting for the lead to being over a second apart once they re-entered the track. Hays had bettered his rival by about two seconds in the pit lane, going in in second, and coming out in front, and with the healthy margin.

After Fite and Hays made their stops it would be awhile before they found the sharp end again, as drivers waiting longer to make their stops would capitalize on the chance to score bonus points. Sergio Bravo would be the first to do so, leading for 14 laps before handing the lead off to pole sitter Jon Kimbrell, he himself holding onto the point for another 11 laps before coming in. This would hand the lead back over to Hays with less than 10 minutes to play, but still with Sean Fite right on his heels. 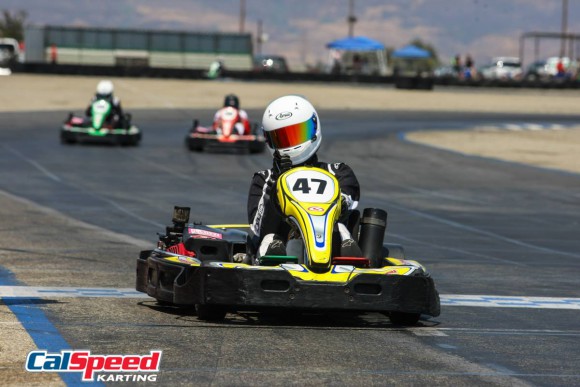 As the final stops began to play out the true fight for the podium began to look a little clearer: Adam Nagao, Steve Spring, and Henry Morse had been running right with the top 5 drivers, albeit a lap down, were now the ones battling for the final podium spot. While Nagao had led the charge through the pack, it was Spring who took over the point with about five to go, and held onto the spot until the penultimate lap. Nagao would find high sway past Spring, and Morse was able to capitalize on the action to knock Spring down another peg to 5th. Nagao would hold on to score his second podium in a row, while Morse and Spring drag raced to the line, the advantage going to Morse by .032.

In those waning laps at the front it would be Fite ducking in first of the two leaders, with Hays electing to wait till the second to last lap. The result was the same; where once they were nose to tail, they were now separated, by even more this time as Fite had to deal with traffic. It would be the first win, and just second podium for Taylor Hays in the 2016 season, but Sean Fite’s career best finish of second, which made it a slightly better consolation for not scoring the win. 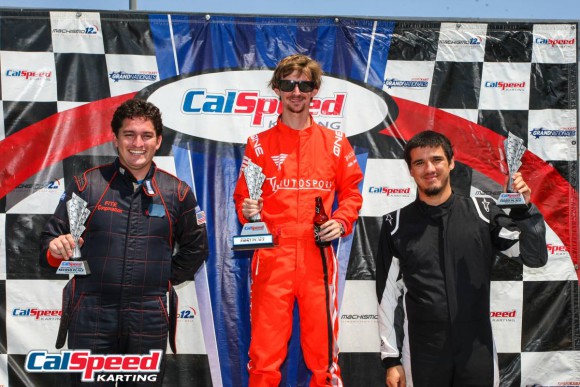