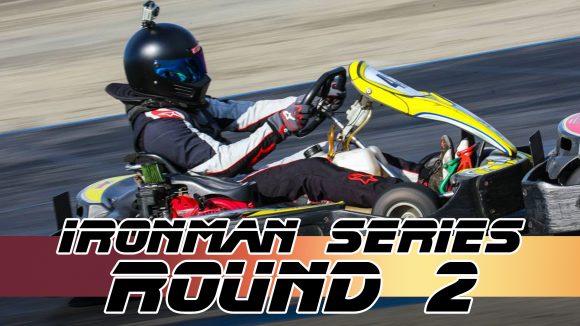 The CalSpeed IronMan Series continued its 2018 campaign through the Tecnico circuit this past Saturday, and for the second round in a row would be welcomed by cloudy skies and cooler temperatures. This time however, rain was not a threat, and the entire program went off without a hitch. While the conditions may have been more favorable than the season opener, the Tecnico circuit still offered up plenty of challenge, and in the end a pair of first time winners graced the top step in each category. Six of last month’s eight drivers returned in the Pro Class, and it was January’s runner-up scoring his first victory, while long time competition karter but relatively new competitor to sport karting’s Cameron Jocelyn brought home the silver flag in Sport class. 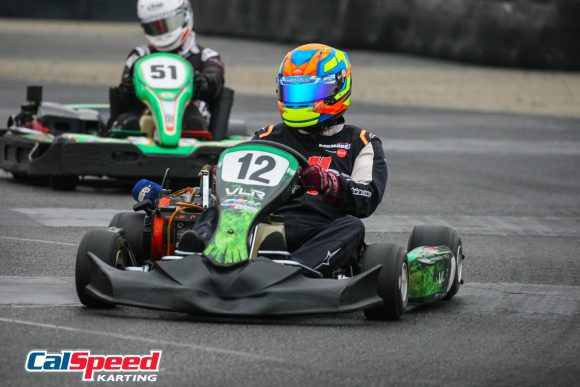 Tony Wika would lead the field of seven 206’s and 30 sport karts to the green, but would come under immediate challenge from his fellow Pro Class competitors. He would hold on to lead lap one, but it was last month’s podium finisher Riley Dugan taking over the top spot for lap two, before former Jetson Lieser stole it away on lap three. The quick exchange of the lead was not over though, as the Pro Class made it four lead changes in the first four laps with Alexander Bermudez taking over the point from there. Even after the exciting opening laps, the lead trio of Bermudez, Lieser and Dugan held a healthy advantage over the rest of the chasing Pro Class drivers, and then started to pick off the first of the sport class traffic. Lieser would be the first to pit, ducking in on lap seven, with Dugan following suit on lap nine as the traffic thickened. Like he did in the opener, Bermudez elected to stay out and work the slow class, not making his first stop until almost halfway.

The interesting twist was that both Lieser and Dugan also made their second stop just a few laps after their first, and when they came back out were in close proximity to Bermudez. In fact, it actually looked like the trio were again fighting for the lead, but it was actually Alexander fighting to put them a lap down. Bermudez would eventually dispatch Dugan and then Lieser, but the nail in the coffin was in the pit lane. Even though the leader was able to negotiate traffic a bit better than the other two, it was his exceptional speed in pit lane the sealed the deal on the win, besting his rivals by between 1 and 3 seconds. It would prove too much to overcome, with Alexander Bermudez bringing home the win by almost seven seconds over Jetson Lieser, and Riley Dugan. 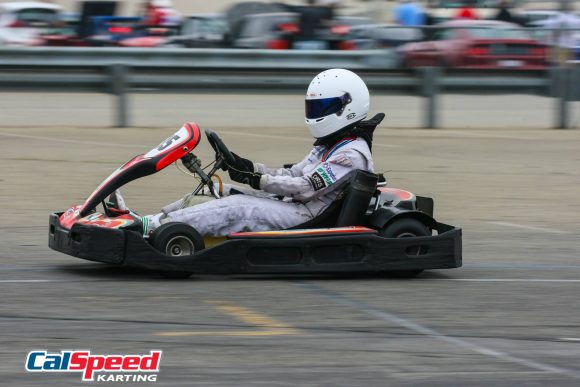 Like it was in the Pro Class, the battle for the lead in the opening laps for the sport class was fierce, with pole sitter Tony Severson immediately coming under fire, first from Mark Sternberg, and then by Tony Chen. The former pair each led a lap, but it was Chen that was not only able to hold on to the lead, but pull out a bit of an advantage as the jostling for position continued behind him. Chen would go on to lead the most laps in round #2, but as is the case in these IronMan races, leading overall does not necessarily put you in the best position in the end.

From the drop of the green it was evident that there was going to be a multitude of different strategies in play; the aforementioned Chen stayed out until the last several minutes after starting 3rd, while Chris Huerta was on the other end of the spectrum, pitting right away on lap one. That early pit strategy seemed to be the right call too, as Huerta was joined by Cameron Jocelyn arrears of the field on lap 6, the duo becoming informal teammates for the duration of round #2. While this pair worked together in mostly isolation for the first three-quarters of the event, another pair had linked up and emerged as their primary challengers. 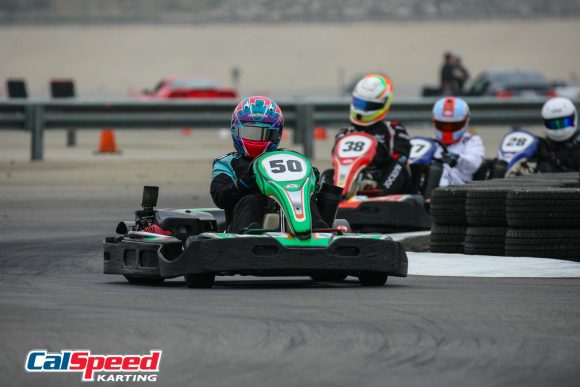 While Huerta and Jocelyn elected for an early pit, last year’s Super Series Pro Class champion Alyssa Yauney and 2017 Super Series Rookie of the Year Thomas Blackledge linked up in an effort to charge to the front. Staying out until about lap 45, the duo caught and passed the aforementioned Tony Chen, and maintained the top spot until ducking in for their first stop. Yauney would be the leader, followed by Jocelyn, Huerta, and Blackledge, with the quartet established as the true fight for the overall win. Yauney would be the first to blink for her final stop, and while it was the fastest of the group, her timing put her into traffic while the other three put up their best laps of the race. Jocelyn’s move to be the last to pit would pay off, coming out with a one second advantage, and the overall lead that he would hold onto until the checkers. Blackledge would recover from a slower pit stop to steal second from Huerta, with Yauney settling for fourth in the end.

With two events in the books under gloomy conditions, the IronMan Series will be looking for nicer weather for round #3 on the Sportivo layout, but they’ll have to wait a bit however, as the next event is about six weeks away. Will we see our third first time winner in a row, or will we see a return to form from last year’s top two? Be sure to sign up and join us for Round #3 on March 31st! 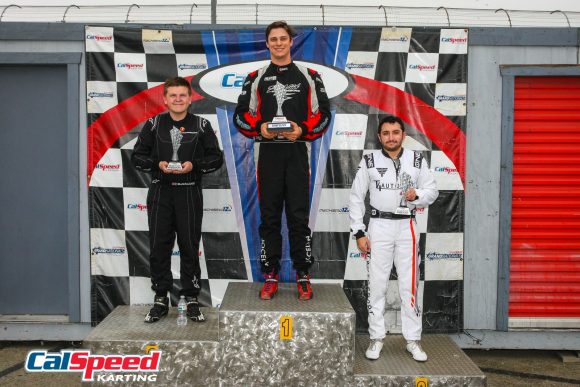 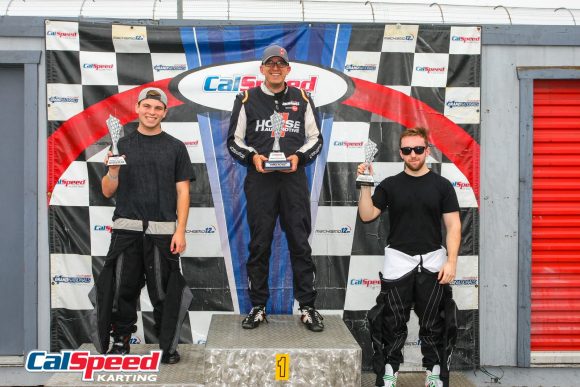