We head back in the ‘normal’ direction for round #4 in the 2016 IronMan Series, as the sold out field of 30 drivers will take to the Grande configuration after a pair of trips in the counter clockwise direction. Last month’s contest saw an exact repeat on the podium, as Adam Nagao, Jon Kimbrell, and Marcin Balazy did the repeat for first, second, and third respectively. It was Nagao’s third career win in the series, and enough to give him a healthy lead in the points.

The last time the series visited Grande was this time last year, where Taylor Hays not only brought home his only win of the year, but also sealed the deal on his winter sub-championship. Could we see Hays do the same here, having been at the sharp end all season, or will we see the continued dominance from point leader Nagao stretch into the half way point of the season? Or will we see someone completely new at the front?

Heading in the clockwise direction for the first time since January, when these drivers visited Sportivo for their season opener, the win came down to a mano-e-mano fight between Diego Morales and the aforementioned Hays. Morales took things home from pole that day, and as was said before, Hays knows how to win on Grande, so these two could be a pair of primary contenders for tomorrow’s win.

While the reverse tracks are known as some of the more challenging here at CalSpeed, the clockwise direction layouts do share their own brand of challenges too; more rhythm oriented and flowing than the CCW configurations, corners blend into one another at places like Grande, and drivers need to string them together for good lap times, and to complete passes. The mainstay of every clockwise track is the busstop through turn number four section; a quick sequence of rights and lefts that start out each lap, and also provide the first of several passing zones. Arguably the toughest section of the course is right after that, as drivers shoot down the hill out of 4 towards the left-right of Scandi, and immediately into the Grade hairpin. While this area can also turn into a passing zone, the risk is high as the full throttle run down to Contino Carousel is next; pass or no, this section is paramount to a fast lap, and will be the focus for many looking to find speed. Like Scandi, the Carousel offers up another braking zone, and another left-right combination, this time continuing to the right in a double apex, sending drivers into the full throttle Horseshoe section, and then the final corner Long Beach. Long beach is where most of the action will be, as the fast left hander leaves much to choice in terms of line on entry of Long Beach, where many last lap attempts will be made to come out on top. 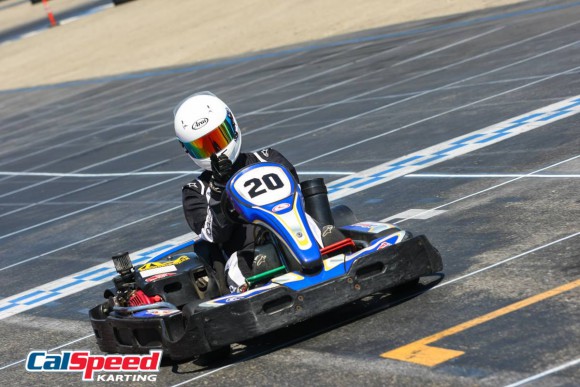 Looking at the standings and the entry list, the sub-championship was over before it started for this round, as Adam Nagao’s only challenge could have come from Jon Kimbrell, who will be absent from this weekend’s event. Essentially, once the green flag flies on the event sans-Kimby, Nagao will be the Winter Sub-champion. Don’t think he lucked into it though; opening the season with a 4th, and then backing it up with a pair of wins gave him the advantage heading into tomorrow, so he has proven to be the guy to beat. Congrats Adam!

The bigger story here is the fact that Kimbrell will most likely miss the rest of the season as well, as he looks to move his focus to car racing, and with it will need to shift the financials in that direction as well. This obviously would eliminate Nagao’s primary challenger for the overall title crowned in November, and to add to that, Balazy will be missing from tomorrow’s race as well. That is the top two challengers out or absent, and not only a great chance for Nagao to lengthen his lead tomorrow, but for several others to find the podium, and find another gear for the rest of the season. Coincidentally, the next two drivers in line are Morales and Hays who I mentioned earlier; certainly a couple of guys able to take the fight to the top, and not too far back to do it. In terms of the overall championship, this weekend could be a big turning point…