The fourth round of the 2016 IronMan Championship would see perfect weather shine on the full field of 30 drivers, the group looking to tackle the Grande configuration for its 60-minute contest. The mold would be broken this round, as several drivers stuck out on their own strategy, allowing for several different leaders throughout the race. In the end it would be round #1 winner Diego Morales bringing home his second win of the season, with fellow Colombian Andres Prieto coming home second, and Mark Connell grabbing his first podium of the season in third.

Round #4 would also be the end of the first half of the season, and would see the first champion crowned for 2016: Adam Nagao. Nagao clinched the Winter Sub-Championship title with the drop of the green flag, his closest competitors having to miss the race. Nagao’s title is his first at CalSpeed, and is on the back of a pair of wins already this season. 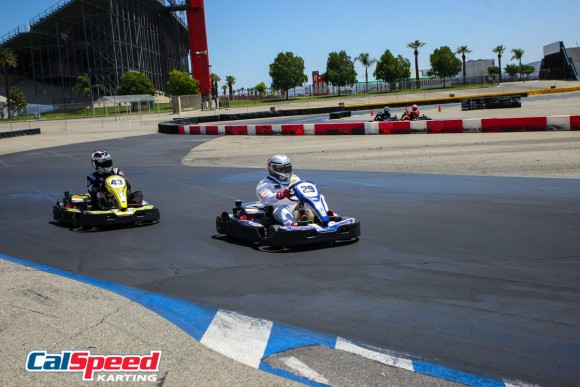 Dennis Kimbrell would lead the field away at the drop of the green flag, beginning the first laps taken in the clockwise direction since January. Kimbrell was challenged immediately by Chris Carter, keeping the elder Kimbrell to just a single lap led, while proceeding to lead the next five laps himself. Next it was Chris Huerta’s turn at the front, coming up from the 10th starting spot, looking to rebound from a round three that ended on a rough note. It would be Huerta at the point for the next several laps, the aforementioned Carter willing to hang out and ride behind in second until about lap 18 when he decided to have another go at leading. Right there along with this duo was Vince Burke, who himself had also worked up into the top three, and stayed with the leaders through the first third of the race.

Further back behind the sharp end was a split between the more common strategy of the methodical charge to the front, and the early pit and clean air tactic with a trio of big names taking the latter. Sergio Bravo was the first to pit, coming straight in on the green, while Andres Prieto and Diego Morales followed suit on the very next lap. From then on they worked together trying to find the best combo, with Bravo pitting for the second and final time on lap 15 after getting split up from the other two in traffic. 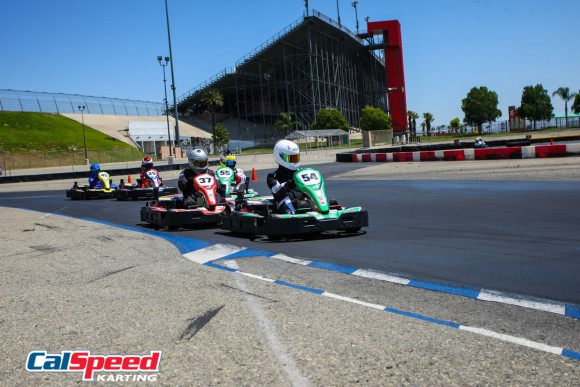 Just before the halfway point there were 3 different strategies in play: the stay out and run it till the end, being employed by the usual suspects including most of the front runners; The pit straight away and make it up on clean air and fast laps, enacted by the aforementioned south American trio; and finally the sporadic pitting somewhere in the middle, but when it seemed good at the time, done by many accustomed to the middle ranks. With the bit of infighting at the sharp end happening, it helped some of the guys starting further back to begin their attack on the front, with Mark Connell, Sean Fite and point leader and two-time winner this season Adam Nagao all making their way to the top three. Fite led for a couple of laps before Nagao took command, but by this time it was already lap 25; and that meant over twenty laps of pretty much clean air for the drivers who pit early. It would be Nagao, Fite and Connell nose-to-tail for the next 20+ laps, working together in an attempt to build as much lead as they could over the trailing drivers who already pit, as well as Taylor Hays and Nick Marascio and had stayed latched on and not too far off of the back of the lead trio. 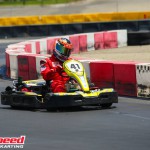 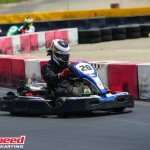 As we have grown accustomed to seeing at these IronMan races, the final ten or so minutes brought a flurry of activity on pit road, with several drivers having only made one stop, and most of the front runners having not made a single trip down pit road. The exception here was Bravo, who after pitting for both his stops inside the first quarter distance, had found his stride, and was now looking to be fighting for a top 5. The two to beat however were Morales and Prieto, and while Prieto lost a bit to Morales after their second stop was made just a few laps from the end, their advantage was still that they would wind up one-two after the stops had cycled. The unusual bit here was the fact that Nagao came out as the big loser in the pit sequence, as leaving his stops till late saw him without a partner, and not only lost position Morales and Prieto, but also to the once-trailing Fite and Connell. In the final laps Morales maintained his near 1 second advantage over Prieto, with each of them well in clear of the fight for the final podium spot between Fite and Connell; the dutiful Connell not content to continue the role of helper all the way to the checkers. With a buffer back to 5th, Connell was free to to make the move, and would steal away the top 3 spot on the final lap, nipping Fite by just .076 at the line. Adding insult to injury for the driver leading the most laps, Nagao would see a top five slip through his fingers, as Bravo locked in the fifth spot in the final couple of circuits. 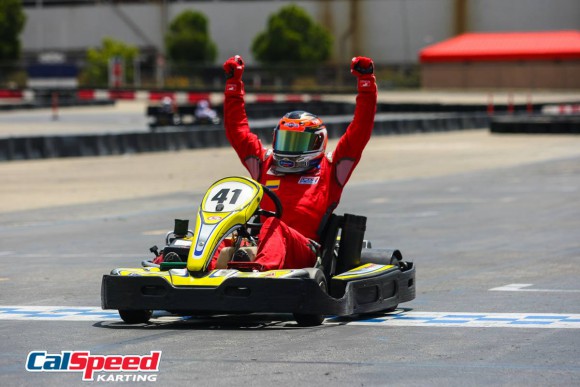 Round #4 marked the end of the Winter Sub-Season, with Adam Nagao taking the championship with two wins, and Diego Morales sitting runner-up with his pair of victories. There is a bit of a break before the second half of the season begins in July, where the Summer Sub-Championship will kick off with Round #5 of the Series. Don’t miss it! 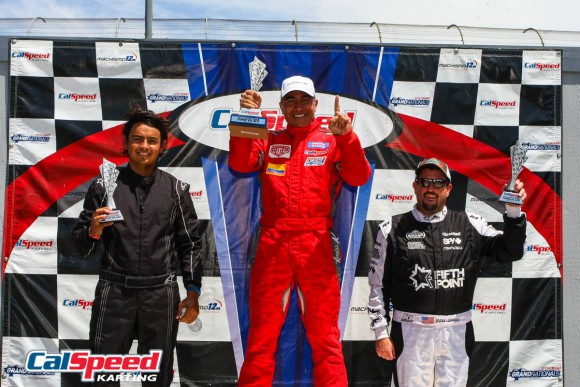