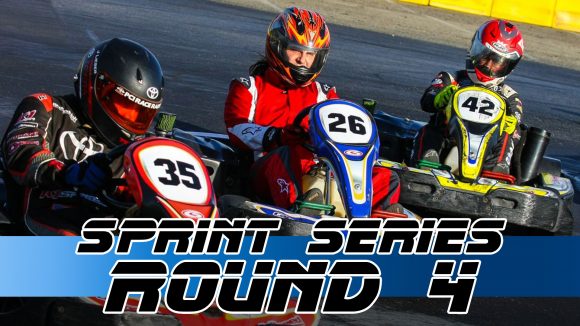 A near 2-month hiatus brought an eager and sold out field to the Grande CCW circuit this past Saturday for Round 4 of the 2018 Sprint Series season. The top 10 in points would be sure to shake up with several drivers leaving the arena for the season. This round’s winner would mark yet another new driver sitting on the top step for the season.

With the start of the final qualifying session, series regulars like Samuel Hunt, Ivan Martinez, and Spencer Russell were pulling off blinding paces. The only 2R driver on the roster for the day, Sheng Wu, was also spotted on timing with a couple of purple laps as well. Only Russell, Hunt, and Wu would break the 1:06 second mold. It wasn’t until it came down to the wire however that Russell would wrap up a triumphant pole position by just .002s over Hunt– a plethora of congratulatory shouts erupting from the pit area once the results were announced. 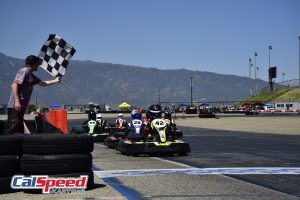 Russell, no doubt fueled by his close pole position, took to heat 1A with fervor. The lead was his immediately and he would not allow any driver to take that away. It would seem that the top 4 of Russell, Hottinga, Danny Bopp, and Mark Sternberg would drive quietly in line until the checkered but with 3 laps to go, P2 aligned with Russell for an inside pass into Turn 4, aggressively but cleanly stealing away the control. A determined Russell regained first place for another lap but at the white flag, Hottinga effectively pulled off the same pass at the same corner, earning him the win for heat 1A. 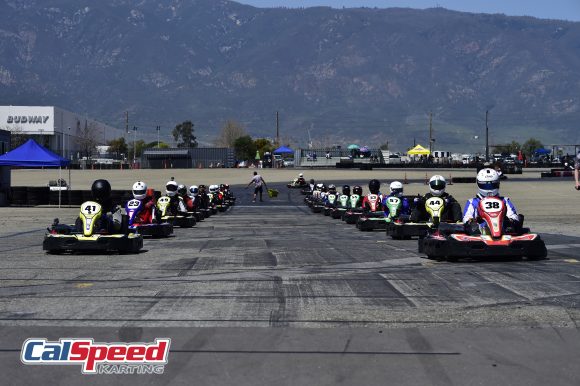 Heat 1B would be the start of Hunt’s cruise to victory– as the green flagged waved for the start, he never looked back. Infighting amongst the rest of the field led to an 8-second gap on back. Leading the group into the checkered flag would be Tyler Redman after wrestling 5 positions upwards from his start in 7th followed by Edison Noboa who also made inroads forward from a 5th place start. 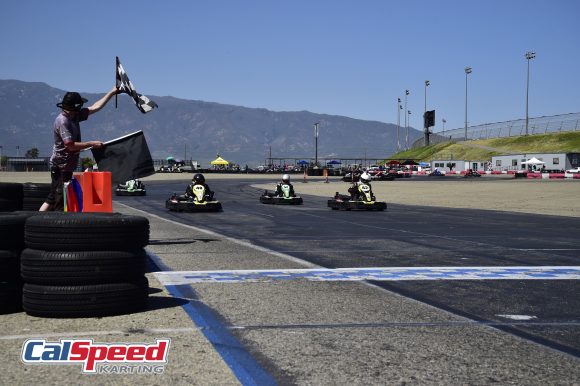 The third heat started with 2R Wu leading the field followed by Martinez, Tony Chen, and Michael Chen. Pretty early on, T. Chen decided to make some moves, diving inside the Hairpin for P2. The front pack now shuffled heavily as they approached the Contino Carousel, going several rows 2 by 2 through Silk. T. Chen had the lead for a moment but an approaching blue flag led to an opportunity for Martinez for an inside pass at Turn 4, earning him the front position. A slew of position changes for the top 3 took place in a matter of a few corners– by the time the white flag came, Martinez was in position to steal away top honors from M. Chen who now had the lead and it would be a daring move through Bypass earning Martinez the W. 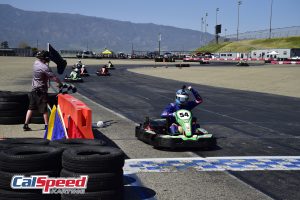 As is usually the case in Sprint Series C-Mains, the action begins at the green and positions change non-stop as the race wears on. This was certainly the scenario from the get go this past Saturday when we saw drivers Matthew McCoy, Nic Fusco, and Jacob Sainz battle it out for the top 3. Both McCoy and Fusco had to fight through a slew of drivers to get near Sainz who had started 2nd. The former two would be able to wrap up the day 1st and 2nd in the C-Main with Sainz knabbing 3rd. 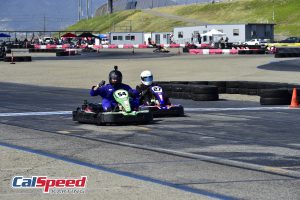 With the B-Main underway, drivers a little bit newer to the Sprint Series were putting on great performances throughout the race. Fresh faces like Greg Pelaez and Michael Martin were taking the fight to regulars like Jeff Latimer. As Pelaez and Latimer dueled for the win, Martin crept closer, leaving behind the entanglement of the field behind him. The lead would change multiple times, but at the checkered, it would be Pelaez scoring his first win followed by Latimer and Martin. 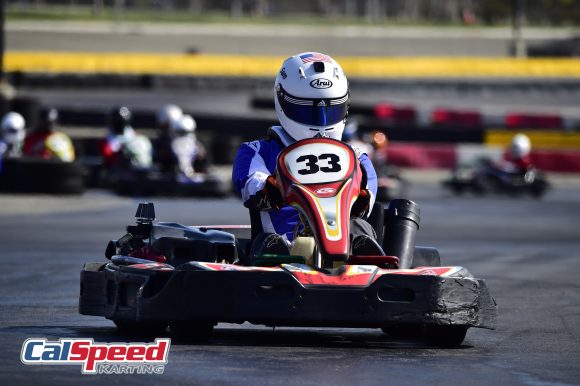 The ingredients were there for Hunt to replicate his uncontested win from his earlier heat race. He ran off immediately at the A-Main green flag while competitors took arms against each other, enabling Hunt to escape. The race became a fight to get away from a hoard of non-stop infighting from second place on back. One by one, Russell would be successful; and then Sternberg would break out as well. This top 3, each separated by multiple kart lengths, would cruise to the finish for the Sprint Series Round 4 A-Main. 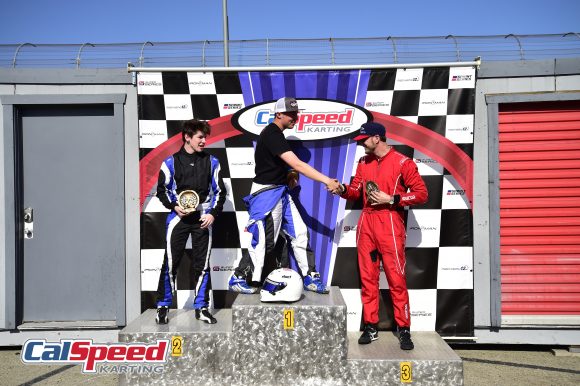