While the overall championship had been decided one round earlier, the final two spots on the podium, as well as the Summer Series title were still up for grabs this past weekend. The full field of thirty competitors would take on Grande Counter Clockwise for their one-hour contest, marking just the second track to be visited more than once in the 2016 campaign. When the checkers flew on the final race of the season it would be Chris Huerta scoring his first win of the year, joined by Sean Fite and Steve Spring on the podium, each having found the box before this year. For Fite however it would be enough to not only clinch the Summer Series title, but also nip last year’s champ for the 2nd spot in the overall standings. 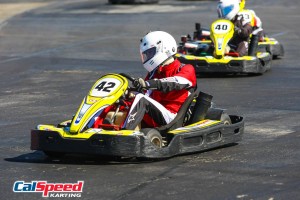 Seth Willits would lead the field off from the standing start, and on through the Short Beach hairpin for the first time, the slower speeds off the start ensuring everyone was able to get away cleanly. While the lead would be taken from him right away by Dennis Kimbrell, Willits showed his improvement of late; he not only stuck around at the front for the opening tours, he would also fight back for the lead and be the point man for a couple laps. After leading his first laps of the year, Willits would come under fire from more and more of the veteran drivers in his company, and while he slipped down the order after that, he showed the potential he has for 2017.

Kimbrell would be the one to steal back the lead from Willits for a couple laps before podium contender Henry Morse took over the lead for his own set of bonus points, but just as soon as he had, he would duck into the pits. It was a strategy move the surprised many in the paddock, and unfortunately for Morse, it would be the last time he would be in the mix at the front. Running around by himself all race saw him continue to lose time little by little, and he would eventually come home 6th. The drivers that chose to stay out this race seemed to have the right strategy though, and it all started with the two drivers to inherit the lead when Morse came in: Steve Spring and Mark Connell.

Spring would pick up the lead after the lone lap led by Morse, but would only lead a pair of laps himself before Connell took over the top spot. Spring would dutifully play the roll of wingman for several laps, and the top two drivers held their advantage over most of the field behind them. Next in line would be the new Overall Champ Adam Nagao and his primary challenger for Summer Series title Sean Fite, although the latter would find his way around after only a couple laps on the champ’s bumper. It was the two at the front, a gap to the Summer contenders, and then another gap to the majority of the front half of the field, as 5th through 13th would be lined up almost nose to tail form there. 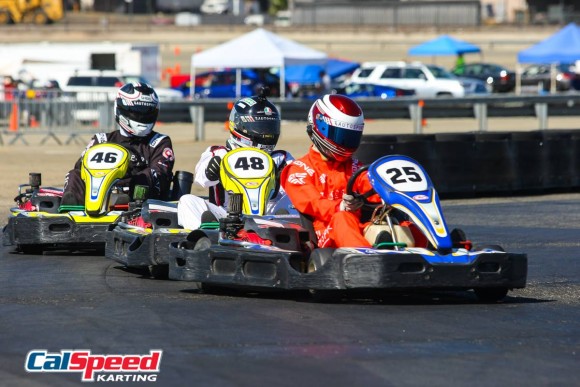 Looking to find an edge on the lead pack, podium contender Taylors Hays would be the first to duck in from the group, relinquishing his 8th spot for the pits on lap 17. Running all by himself he would make his second stop shortly there after, and would be the first of the front runners to get both stops done and dusted. Jon Kimbrell would be the next of the front runners to make his stop, choosing to come in after leading the pack that had started to fall off from the front six drivers via traffic. At this point it was now a trio at the front, as Huerta had bridged the gap between the lead duo and what had been the trailing quartet. Now Connell, Spring, Huerta at the front and Nagao, Alyssa Yauney and Fite in the next group, the gap widened back to the trailing pack as Kimbrell entered the pits.

Having reached the leaders, Huerta wasted no time in making his move to the front, helping Spring by to lead just one more lap before taking over the top spot on lap 25. The small amount of battling however would see Nagao and company reel them in, and it was now a six kart train with Huerta as the engine and Fite the caboose. At just past halfway, pit stops were starting to happen in earnest, and traffic would become more and more an issue, forcing the leading drivers to roll the dice with every pass attempt. Some of the drivers had good pace too; namely Vince Burke, and the aforementioned Hays, the differing strategy seeing lapped cars intermixed with the lead group. This shuffled up the leaders as they jostled for position, with Nagao getting the short end of the stick, falling to the back of the train and eventually outside the draft. This would be the turning point for his race, as he was not able to stay with pack, and slipped out of the fight for the summer championship. He would just have to wait and see if Fite or Spring could do what it took to steal it away… 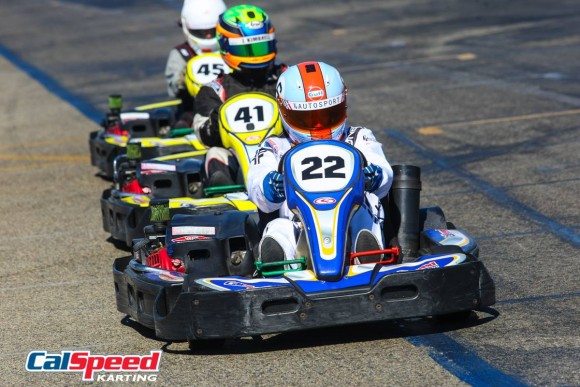 While Burke and Hays’s presence in the front group did shake things up, it was not enough to see the leaders pit. However, a few laps later more and more traffic entered the mix, and what was once a group running inside the same second, now was spread over almost three, with lapped drivers breaking up a seemingly once cohesive unit. Still, even with time lost via the traffic and Huerta pulling out to a second and a half lead, the leaders seemed reserved to their fate and just worked traffic as it came, leaving pit stops for the final ten or so minutes. And that is where the turning point in the championship happened…

With the 10-minute board on display, Spring would be the first to blink, electing to go for back to back stops, and get them out of the way. Yauney would come in the same lap Spring was making his second run down pit road, while Connell followed suit one lap later, and Fite a lap after that. The flurry of stops on pit road made keeping track of who was where tough, save for the top spot as Huerta elected to stay out until less than five minutes to play. Like Spring, he would go for back-to-back stops, slotting in front of all save Connell, who was the only one of the lead group yet to make his final trip down pit lane. During these stops though the podium AND the championship changed hands. Not typically known for his prowess in pit lane, Sean Fite saved the best for last, and leapfrogged both Yauney and Spring via strategy, sealing the deal on second place when Connell exited the pits behind the lot on the penultimate lap. 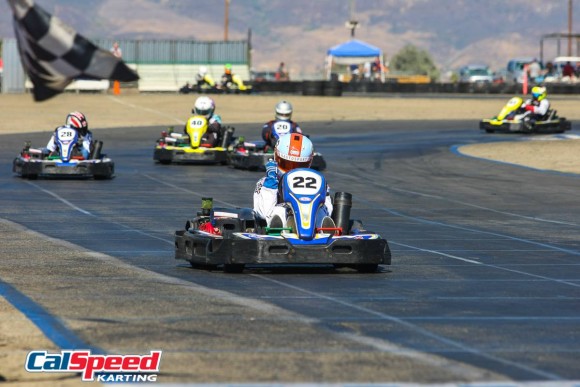 With the white flag in the air, Chris Huerta would cruise to the win via his almost two second lead, while Fite successfully held off Spring to bring home second spot, and with it the championship. It was a pivotal feat for Fite: second in the race meant the championship by four points; third would have meant the title would have been Nagao’s by one…

It was an exciting end to the 2016 CalSpeed Ironman Season, one that continues the down-to-the-wire trend of these sub-championships, and one that crowned new champions. Congrats to Chris Huerta on the round #8 and win, as well as Adam Nagao for the Winter and Overall Championships, and Sean Fite for the Summer Series title! 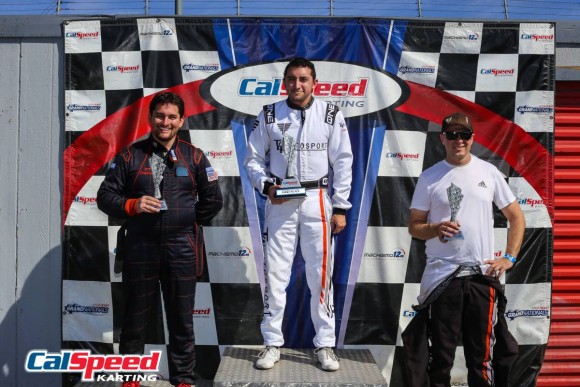