Huerta back to back in IronMan Finales; Yauney scores Summer Series title!

The season finale in the 2017 IronMan Series championship would be a contest for not only the overall victory on the Grande circuit, but also the Summer Series championship that was still up for grabs. Three drivers entered within ten points of each other, each capable of finding the top step, and with it the title… 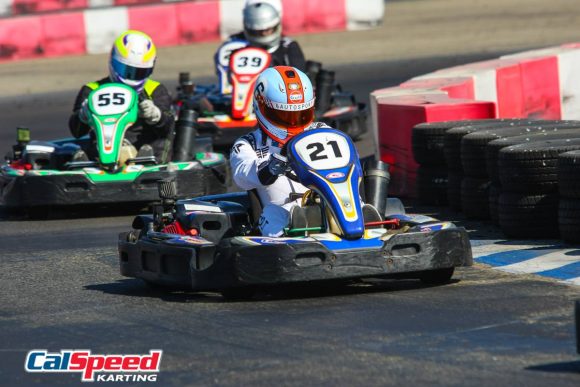 2017 rookie James Suggs would lead the field away on the start for the first time this year, but unlike several that had come before him, would lead the opening lap. Further to his credit was that he kept the top spot through lap three -unfortunately spinning with another driver on lap four to end his reign at the front. Fellow newcomer to the series Eric Hayhurst would inherit the lead at this point, but would be dispatched by veteran Chris Huerta one lap later. Huerta had worked up from the ninth starting spot to become the leader on lap five, and he had brought Summer Series title contender and overall champ Adam Nagao with him. Nagao had started back in the twelfth position, and in his usual style, scythed throw the pack and into the lead group in quick succession -eventually getting to the lead on lap nine. Unlike Nagao’s start, title contender Taylor Hays had an eventful and rocky start to his season finale, after contact in the hairpin caused a chain reaction that saw him lose a few spots, and then get collected in an incident later that same lap. Falling back from 7th to 13th on lap seven essentially meant the end of his chances at the Summer Series title, eventually working up to a respectable 6th overall. 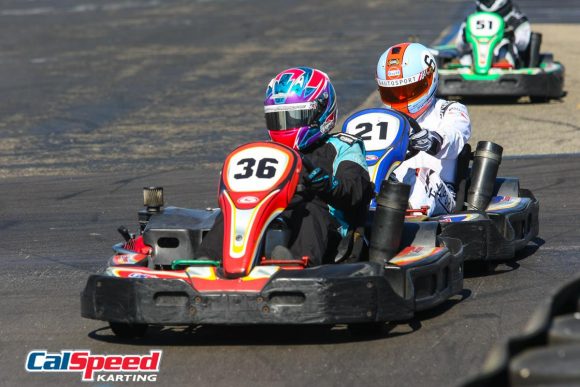 One driver that was able to stay clear of any entanglements as they worked to the front was another of the title contenders, Alyssa Yauney. The round nine winner methodically worked her way through the pack, and at the same time the aforementioned Nagao was taking over the top spot, she was up to sixth. She would get a good amount of help shaving down the almost 3-second gap to the leaders, as the drivers at the front disagreed on who should be out front. Nagao led for a couple of laps, before Jose da Silva worked his way by for the top spot, while Huerta jockeyed for position with Nagao to have another shot at stealing the lead back. He would indeed snag the point away from da Silva, but by the time he was back out front on lap 15, Yauney was now 5th and less than two seconds astern.

Huerta’s time at the front would go for another handful of laps before Nagao again had a go at him, the champ taking over the top spot on lap 20 via a bit of help from the Sprint Series champ Thomas Blackledge, who actually was one of the fastest drivers on track at the time. When Huerta stole the position back a few laps later, the lead group was now nose to tail and five drivers deep, with Yauney caboose on the train. She wouldn’t stay there long however, dispatching first Nagao, and then Blackledge to move into third, before picking off Jose and finally Huerta for the lead on lap 33. Before taking the lead though, the lead duo was able to work together long enough to gap the trailing fight for third by nearly two seconds -but not just from their sheer speed. 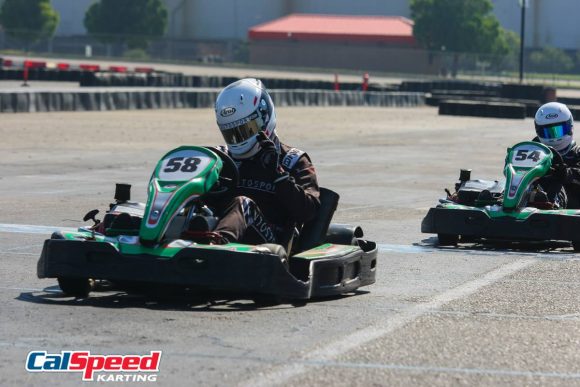 Like Alyssa, another driver had been working their way to the front; steadily chipping at the gap, Steve Spring looked to rebound from the previous round where he was collected in an incident with lapped traffic, taking him out form the lead of the race. This time, his work started from the 18th position, but when Yauney took over the lead on lap 33, he was moving into the final podium spot. His quiet rise to the lead group now saw him in the hardware position, just in front of Nagao, who was seeing his chances at the Summer title fade away in the distance. With Yauney out front and Huerta pushing, the lead duo was unmatched -cutting the fastest laps of the race while working through traffic smartly to pull away from their rivals. Traffic would be the big multiplier in their advantage over the rest of the field, but as the laps waned, it was evident it would be a two-horse fight for the win. 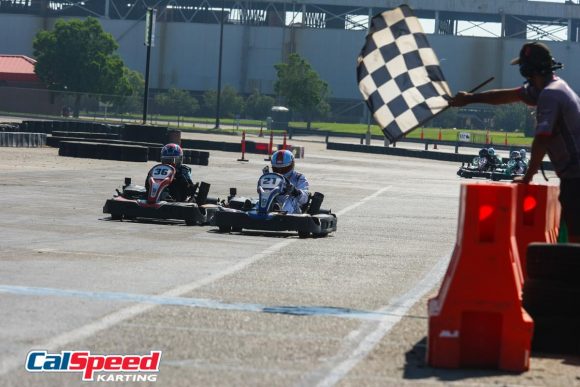 With about fifteen minutes remaining, Huerta would take over the lead, with neither driver -nor many of the front of the field having made a pit stop yet. Yauney would steal back the top spot after just a couple laps of Chris leading, with the pit stops finally coming with only about five minutes to play. Huerta would blink first, with Yauney coming in one lap later; advantage would go to Alyssa, exiting the pits in front of her rival after a quicker pit lap. Huerta again would make the trip down pit lane first between the two, putting in a much better time with his rival electing to go around another lap. Again, it was advantage Yauney out of the pits, as the three-time winner in 2017 looked to make it number four on the season; but Huerta had other plans. Winner of the finale last year, he made the pass happen on the final lap to steal away the win, making it two season finale wins in a row for the veteran sport karter. Yauney would be forced to settle for second, but would get a nice consolation award with the Summer Series title going to her. A little over five seconds back would be Steve Spring, bouncing back nicely to score his first podium of the season. 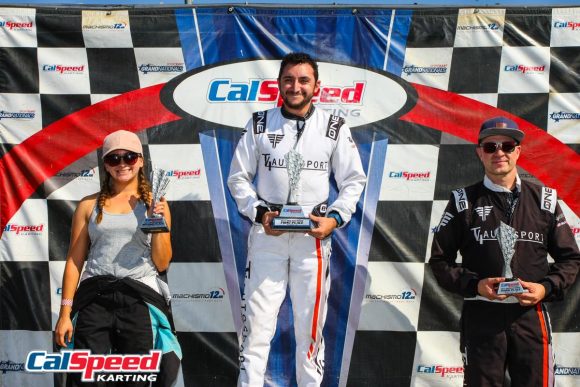