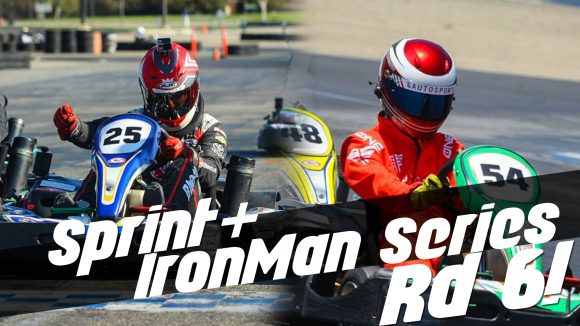 Near 100-degree weather welcomed the Summer Sub-championship in appropriate fanfare this past Saturday as drivers set off to Round 6 of the 2017 Sprint Series. The Sportivo configuration made its repeat appearance this season but in wholly new conditions compared to last time: high heat and very new grip from the recent repave. Knowing how well the top drivers have been doing lately, it certainly was anyone’s game. As it turned out, a whole new podium was just about to be in the works… 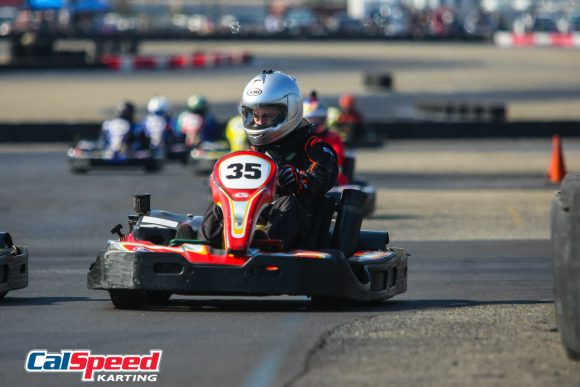 Points leader Thomas Blackledge started off the day quite strong in qualy and maintained much of a stronghold for most of the session. Randy McKee keeps putting on a great showing all season and managed to steal this away briefly. Last minute however, Owen Lerman would go on to earn his very first pole position ever just ahead of Blackledge. George Puckhaber, still relatively fresh to the Sprint Series, followed in 3rd for what has been his personal best yet.

As soon as the green flag dropped, Lerman and newcomer Lucas Dziemidok took an early lead to try and leave the rest behind. The battle for P3 took place between McKee and Jeff Latimer who, despite fighting for position, still managed to catch up to the top 2. Halfway through the heat, no position changes occurred in the front as all four decided to play it safe. Just before the white flag, a tussle in Long Beach ended with McKee taking the lead and a great shuffle of the main pack. Through the checkered, McKee took the win followed by Latimer and Dax Veloria in third. 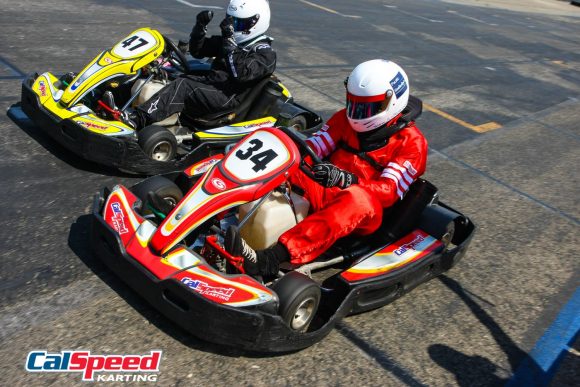 Heat 1B saw what was likely the most exciting pass over the entire day. Blackledge was off to a good lead with John Rice catching up steadily behind. It wasn’t until the near end where we would see the action and a blue flag situation coming up before the white… “John Rice just pipped TJ Blackledge at the line to win heat 1-B. His move in Monaco was fabulous and well beyond his experience. Well done sir,” noted by official track photographer, Sean Buur. Rice came across the line only inches ahead of Blackledge for his very first heat win in the series. 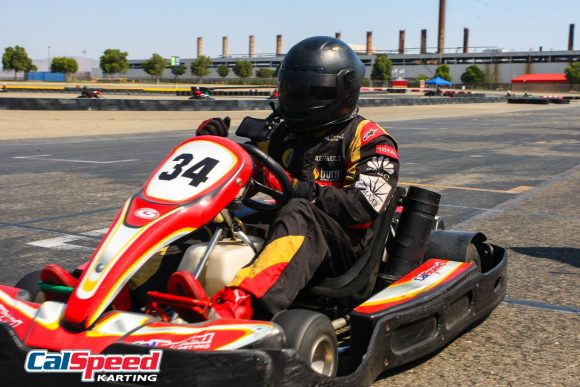 Going strong in heat 1C, Tyler Rousseau put pressure on the drivers ahead until only 1 was keeping him from the top spot. Peaking around corner after corner, he eventually got his way. Meanwhile, the battle for P2 developed amongst drivers Calvin Ku, Joseph Perry, and Jetson Lieser. An incident in the Sportivo corner laid waste to a few folks in the front and Lieser was able to capitalize to grab P3 as Rousseau and Ku cross the line for the checkered. 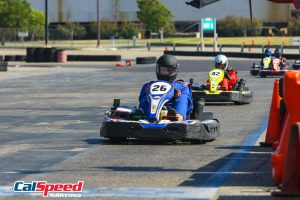 C-Main saw Nathan Brakband on pole taking off, an easy time for him. After some bad luck earlier in the day, veteran driver Steve Frame made quick work of the 6 drivers ahead of him to try and chase after Brakband. Fighting for P3 were several first timers to the series: Griffin Steinfeld, Jeff Bateman, and Derek Tantisalidchai. By the end of the main, it would be Brakband crossing first, followed by Frame and Steinfeld. 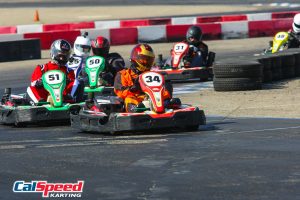 In the B-Main, the top 4 of Sean Wika, Trevor Volin, Greg Magrath, and Ian Williams set out to a smooth start on the green. It seemed like they would be working together but a series of overly aggressive moves and penalties would make it anyone’s game. Robert Hernandez, starting 9th, made great inroads around the shenanigans, steadily pushing for the front. As race leaders approached the final corner, Williams took the checkered followed by Hernandez and Volin. 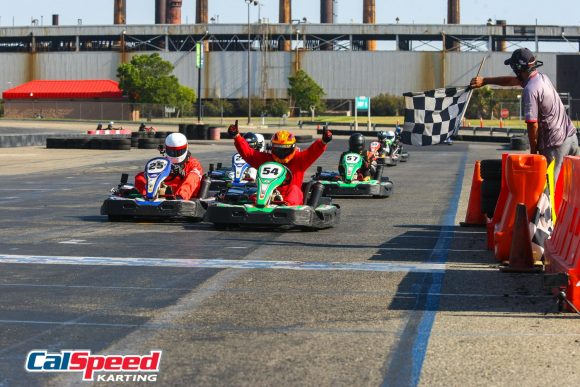 Nailbiting was the keyword for this Sprint round’s A-Main. Starting at the top were three drivers that had yet to make the W in the Sprint: Randy McKee, John Rice, and Tyler Rousseau. Just behind them was current points leader Blackledge so the pressure was on. Blackledge, quicker than the top 3, picked off Rice in Monaco at lap 2. Rice, very eager after his very strong showing in his earlier heat race, was not having it. After a better exit in Long Beach, he not only went purple but also took back his position from Blackledge. It was now Rousseau in the lead followed by the swarm of Rice, Blackledge, McKee, and Calvin Ku. Despite being forced to defend against McKee, Blackledge managed to jump into P2. It then came down the white flag and, of course, the final corner at Long Beach. There was zero certainty as to who would come out of this ahead but ultimately, McKee succeeded to break away to take home his very first win in the Sprint Series followed by Rice and Ku, adding two new names to the podium.

This round saw very many of the top 10 pulling off their best performances this season, certainly lessening the gap between leaders Blackledge and Veloria and the rest of the field. Absent from the roster was also Diego Alvarado in the number 3 spot. We hear that due to other opportunities, he’ll be throwing the towel in this year and skipping the majority of the remaining rounds. McKee’s stout performance on Saturday now lands him in the lead of the Summer Sub-championship but it would be much too early to say what kind of advantage this will give him. 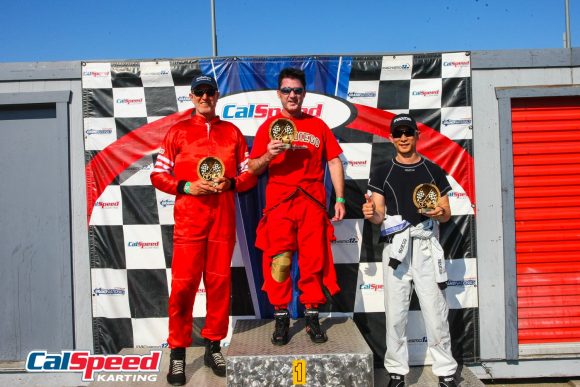