This past weekend Tri-C Karters hosted its second race in the month of July, running at both the first and last weekends of the month. For this round, CSK Racing hosted 13 drivers across all four 206 categories, and in the end were able to come up with the win in two of them! CSK Racing would like to thank everyone that comes out to not only race with us, but also takes to the track in the super competitive and close VLR Spec class! 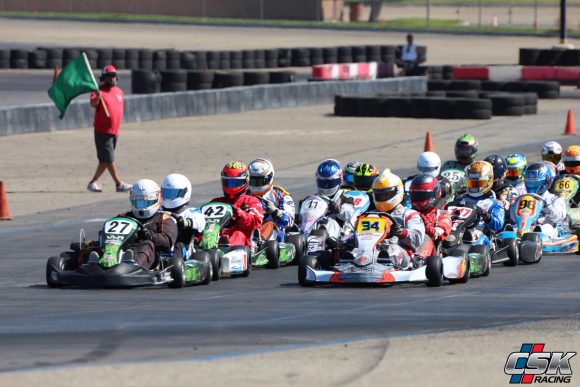 Jake Hood would kick off the day as the lead driver for the CSK Racing squad in the Senior division, qualifying second, but then backing that up with a win in the first heat race. In the second heat race he would once again be the driver to beat, leading from the drop of the green through the half way point. The full assault on his lead came with just a couple laps to go, and unfortunately he would slip down to 6th when the checkers fell. In the Main it was Hood who was on the move, working up from a tough first lap that saw him 8th across the line to snag a 5th when it was all said and done.

For Team Manager Mike Smith it was an eventful day en-route to his 4th podium of the year, bouncing back from a dismal practice session to qualify third overall, but then contact in the first heat race made staying inside the top three difficult. He would slip to 5th in the waning laps of that first race, but in the second heat he was able to fight back up to add another heat race win to his tally. Smith would be one of three drivers really vying for the win in the Main, but in the end he wasn’t able to hold off the attacks from his rivals and had to settle for 3rd.

Last round’s Senior winner Derek Esquibel saw himself needing to fight back from a tough qualifying effort, but after the lap one incident that included Smith, he came out inside the top 5 and in good place to challenge for the win. In the second heat race he earned a hard fought 4th after riding inside the top 5, but then in the Main he was again one of the top three fighting for the win, but last lap moves saw him slip just off the podium to 4th. 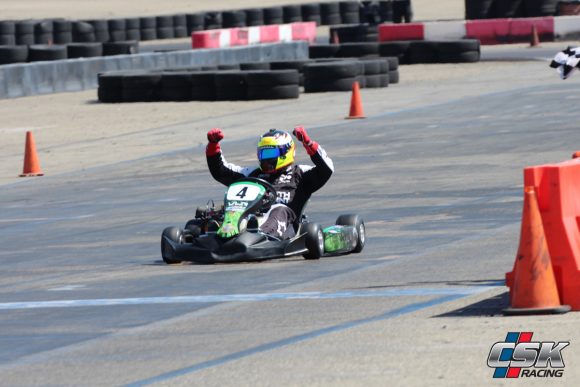 Masters would once again see the usual suspects at the sharp end, with point leader Mark Connell in the thick of the fight from the get go. A third in qualifying would put him in position to fight for yet another podium, and he put himself in perfect position with a pair of second place finishes in his heat races. Winner of the past three events, Mike Smith would start out with another second place qualifying effort, finishing third in his first heat race after leading almost the whole way, but then came back to win in the second heat race to start on pole for the Main. Instead it would be Connell leading away at the drop of the green, with Smith slotting in and pushing his teammate through the first half of the race. Smith would take over the top spot with a handful of laps to go. A wild last lap would see Mike on two wheels trying to fend off the attack from John Crow, crossing over with a counter attack to go side by side down the hill to the hairpin. Unfortunately, contact would see both drivers slide out of the way, with the waiting Mark Connell stealing away the victory for his first Masters win at Tri-C.

Rob Brackett and Sean Bradley once again entered into the Masters category, and just like it was last round, they would be right next to each other in the rankings. Both drivers found even more pace from earlier in the month, and after fighting for top fives all day would again find themselves 5th and 6th, going to Rob and Sean respectively. These two keep improving and will be fighting for podiums before long! 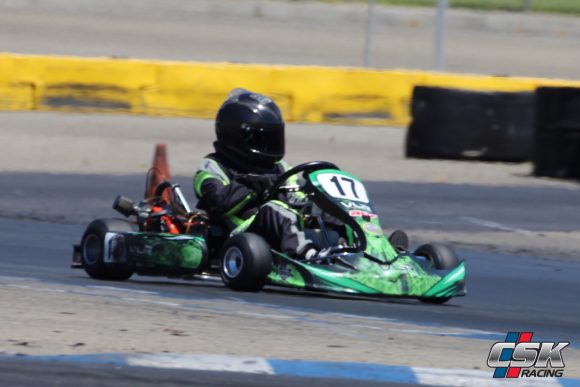 The year of improvement for Daniel Eaton continues, eyeing a move to the senior ranks in 2018. A bit heavy for the Junior class, but not yet old enough to move up to Seniors, he still continues to improve not only in his pace, but his race craft. With what he is learning this year against these challenges, he’ll be a great shape for the next season. This past weekend he closed the deficit to the lead juniors by the closest margin yet, and put to work some of the practice he has been doing in the passing department. We’re looking forward to see how he does in the final two rounds of the 2017 season! 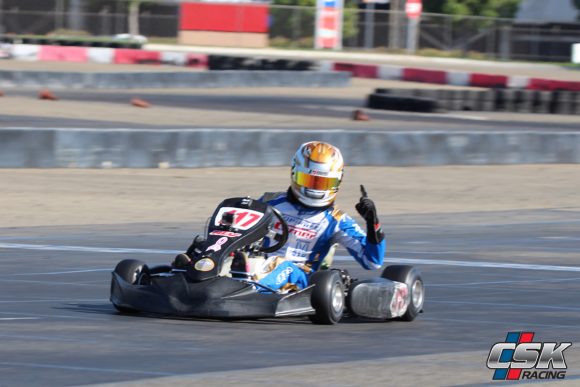 Spec 206 saw 17 drivers entered, but it would be dominated by one driver all day: Jake Hood. Also running up front in 206 Senior, his outings in Spec were even stronger as he routinely led the field from the point. Scoring a pole position that led to a solid heat one win, and then a dominant heat two win after everyone battled behind him, it was unclear what to expect in the final. This time however it was all Jake Hood, pacing the field from the front, even when he had to bounce back from working lapped traffic. It was his second Spec 206 win of the season, and moved him into 2nd in points.

Point leader Mark Connell was the closest to the aforementioned Hood, bringing home a hard fought 4th place in the first heat race, before working up to finish second in the second heat. In the Main Connell kept the advantage over the rest of the field behind him, and even though he had to settle for 2nd in the Main, it was a convincing one at that, and his second podium of the day.

Numerous other CSK Racing drivers also took to the track in the VLR Spec 206 class, with newcomer Jetson Lieser making a lot of noise in his debut. Qualifying 4th showed he had the pace, but then both heat races didn’t go his way, finish 10th and 8th respectively. In the Main however he bounced back, surging up the field to finish just off the podium in 4th, clocking the fastest lap along the way. Not a bad way to get started in 206 racing! 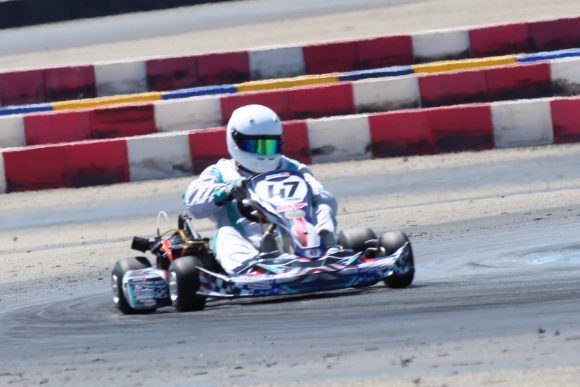 New for the second half of the season is a best 3 out of 4 series across the final four events of the year, awarding the top driver 50+ years of age in the VLR Spec Class. Now in the second round of the four round championship, the Silver Fox Challenge saw a new face finish highest amongst the sub category in the Main, as Steve Jasinski bounced back from some tougher heat races to finish 9th overall. To earn that honor he fought wheel to wheel with the current point leader in that category Rob Brackett, with the latter settling for 11th in the end. Brackett was still able to score the most points on the day of the Silver Fox’s as a consolation, and still leads the points at the halfway point. 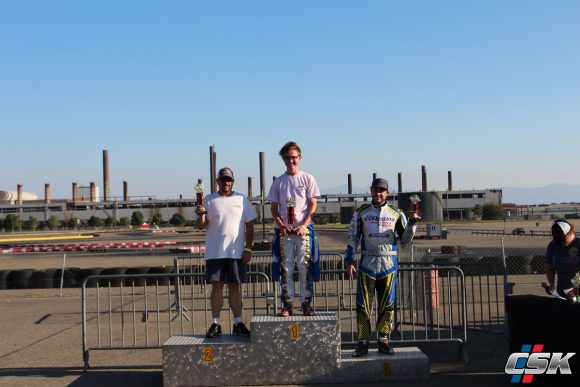