The second half of the 2017 Tri-C Karters season got under way this past weekend, beginning the latter half of the year just the way it started, on the Sportivo layout at CalSpeed Karting. The CSK Racing tent was once again a full house, with all ten rental packages sold out, adding to the four owners in attendance as well. With Team Drivers Smith and Esquibel, it was 16 total CSK Racing competitors looking for strong runs, and they did not disappoint.

This was also the debut for the CSK Racing sponsored ‘Silver Fox Challenge’ for VLR Spec class competitors over the age of 50, with a very strong turnout of 11 drivers vying for top marks in the opening event… 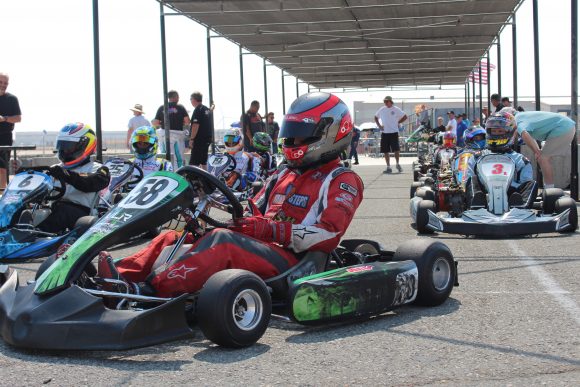 Team leaders Mike Smith and Derek Esquibel were at the sharp end all day, starting with a 1-2 in morning warm up. In Qualifying it was Smith who grabbed his second pole position of the season, with Esquibel settling for 5th fastest time. Mike went on to sweep both heat races, while Derek worked his way up to snag a 3rd and a second, setting up the duo for an epic run in the Main. Once through the first few corners, Esquibel dropped in line and dutifully pushed Smith for the next almost 15 laps, making his bid for the win heading through the final corner as they came to the white flag. Holding off the final counter from Smith as they came to the checkered, Esquibel picked up his first 206 senior win while the two matched their feat from round #3 with another 1-2 finish.

Jake Hood had an eventful day from the very beginning, battling inside the top ten all day, even if he had to settle further back than he wanted. Working up from an 8th in qualy, he would snag a 4th in the first heat race, but did not get as good a start in the second heat and would be stuck further back for another 8th on the charts. A setup change in the wrong direction hurt him in the Main, and while he was up to 6th at the start, had to settle for 9th when the dust settled. 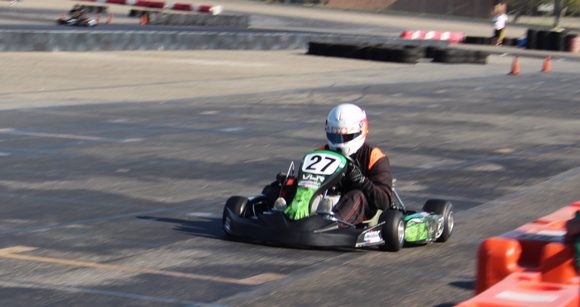 Like they did in 206 Senior, CSK Racing would again lead the way in the Masters category, again with Mike Smith at the helm. This time his partner on track was none other than title contender Mark Connell, nipping the team leader for pole to kick things off. It would be a CSK Racing 1-2 for both heat races, with Mike holding off Mark’s last corner attempt both times. In the main Smith was able to take the lead at the start, jump out to a small gap, and then hold onto it until the end to make it a hat-trick in the Masters class. For Connell it was a race-long team-up with fellow Masters front runner John Crow, the duo pushing to catch the lead. Crow would eventually find his way by to steal 2nd, but Connell would pick up the 5 bonus points for fastest lap to go along with his 3rd place.

Sean Bradley and Rob Brackett would also be in the Masters class, and would each fight inside the top 5 all day. Bradley would have a slight edge in speed at times, but there was very little between the two as they were never lower than 6th on the charts. In the end both would find the top 5 in the Main, making it four out of the top five with CSK Racing colors, Bradley picking up 4th, with Brackett 5th. 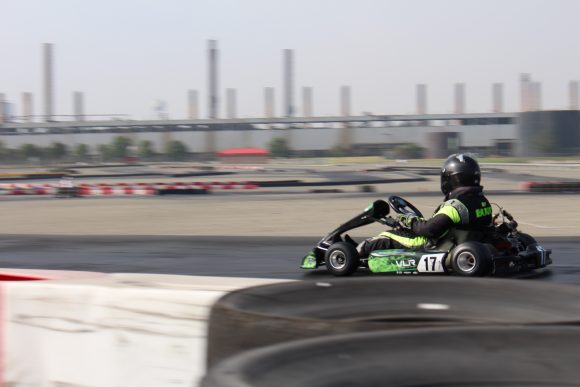 Daniel Eaton made huge strides during the mid season break, dropping the deficit to the class leaders to just under a second per lap. This round was a chance to show how much that hard work had paid off, regularly fighting inside the top five on the charts. In the main he had plenty of work to do as he was forced to battle back from from last after contact in the second heat race. He battled back up to match his best result, finishing 4th overall just a few seconds away from a podium finish. 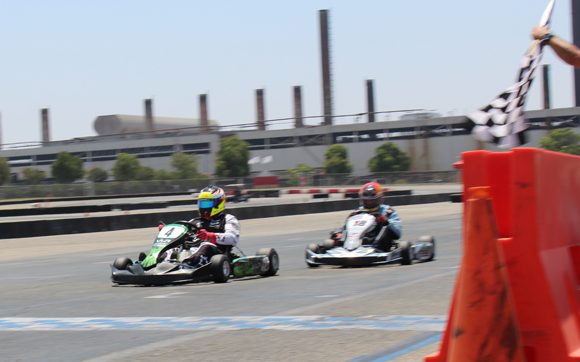 It was another big day for CSK Racing in the VLR Spec class, fielding ten rental packages with another three owner drivers taking to the track in the largest 206 class of the day with 21 entries. Title contender Mark Connell once again showed he was one to beat in this class, rifling off from the start of the first heat race to win, backing it up with another top three in the second heat. Jake Hood was also a force to be reckoned with, staying inside the top five all day long. Both would again be in position for stout finishes, and when the Main would finish early after a red flag, the duo would pick up a podium finish, with Connell 2nd and Hood 3rd. One of those positions came from the up-ended Miles Calvin, who thankfully was ok after his wild ride.

Round #2 winner Trevor Buongiorno picked up a top 5 to make it three CSK drivers inside the top five, while Sean Bradley bounced back from contact earlier in the day for an impressive 6th overall. Also big props to first time 206 racer Mark Polunin, returning to karting after a bit of a hiatus to finish 8th overall. 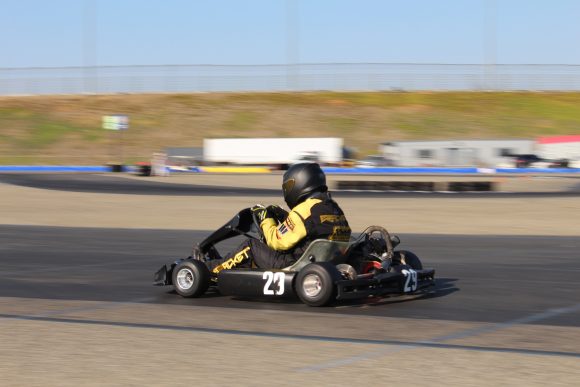 New for the second half of the season is a best 3 out of 4 series across the final four events of the year, awarding the top driver 50+ years of age in the VLR Spec Class. The Silver Fox Challenge saw eleven names on the entry list, but there was one driver ahead of them all. Rob Brackett picked up his new VLR chassis just a few weeks ago, and led the CSK Racing tent and rest of the Silver Fox class from the very beginning. Brackett would live inside the top 10 all day long, eventually finishing highest in the sub-category with a 9th in the main. Steve Nakajima saved the best for last with his 10th place in the main, having worked up from further back, while Steve Jasinski battled some adversity through the day to finish third in the category with an 11th overall. This trio leads the group in the points after one round, but with Jasinski nipping Nakajima in the points after a little better heat races. 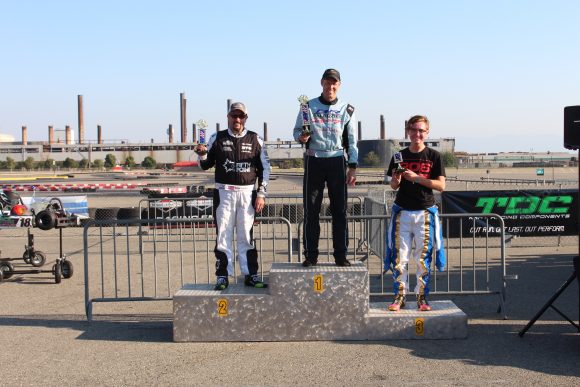 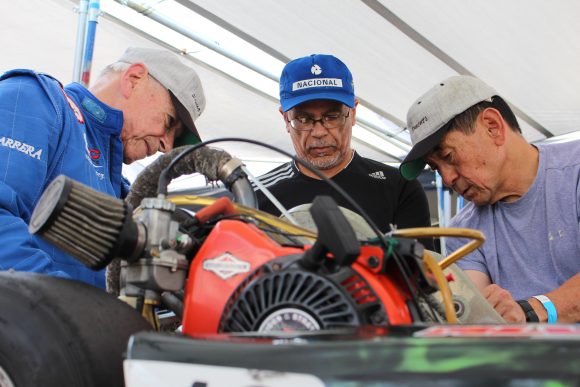