Taking to the Tecnico layout for the second time this season, the fourth round in the 2017 Tri-C Karters championship saw 15 drivers under the CSK Racing tent, competing in all four 206 classes with the largest fields so far. 206 racing has continued to grow in So-Cal and CSK racing is happy to have their drivers towards the sharp end every round, welcoming both new and experienced karters under our tent. 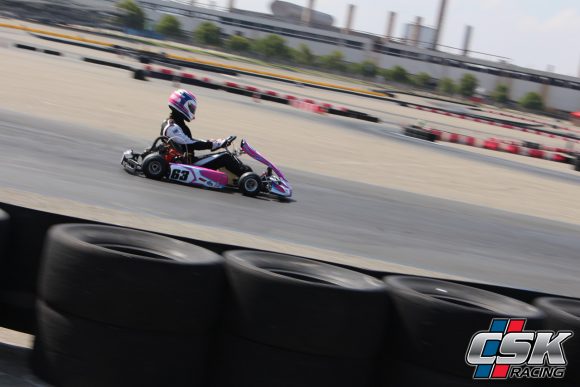 This past weekend there were four total drivers in the 206 Senior category, including Mike Smith, Derek Esquibel, Jake Hood, and special guest Travis Lowe. While the former three were regulars in the class, Travis was taking part with a special livery donated by Pistonbones Graphics honoring his late Mother Susan. Donations were accepted throughout the race day, and in total $3726 was donated to the City of Hope in Susan Lowes name. It was a hard fought Senior class with one of the most stacked fields of the year, with over half the field running within the same tenth in lap times. Smith would lead the group with a 4th overall after getting nipped at the line for the podium, with Esquibel coming home a hard fought 7th after challenging inside the top 5 much of the day. Mired in the middle of the pack and the close racing that it comes with, Hood and Lowe would come home 13th and 16th respectively after showing equal pace to the front runners in the heat races. 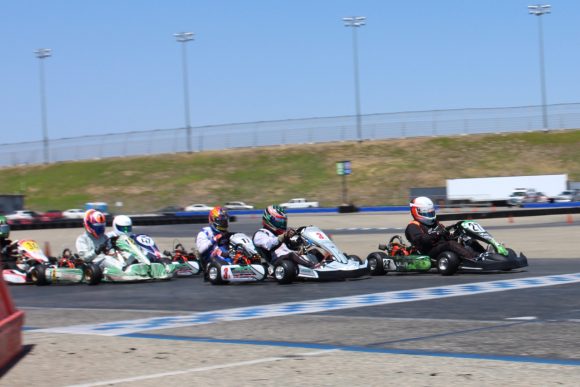 The 206 Masters class would once again be one of the best shows of the day, with Mike Smith doing double duty for CSK Racing, once again doing battle with John Crow for the win. Those two would be joined by Matt Johnson and fellow CSK racing driver Mark Connell, and the quartet kept things lose from the drop of the flag in the main. Connell would also be doing double duty after also running in VLR Spec, and would bounce back from mechanical gremlins to finish a stout 4th on the day. For his part, Smith would be able to hold off charges from both Crow and Johnson to score the Masters sweep for the second round in a row.

Connell and Smith were joined in class by CSK Racing stable mates, Mark Vargo, Rob Brackett, Sean Bradley, David Bell and Steve Campbell each making their first appearance in the class. Unfortunately, Campbell had to exit early for a prior engagement, while Bell had to battle back from an incident in the heats, but the other three all finished inside the top 10, making for very solid debuts. 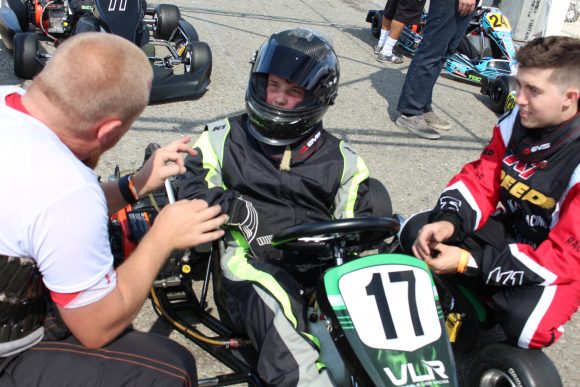 Daniel Eaton entered into his second ever Junior 206 event with high hopes of improving over his performance in his debut, and he showed marked improvement in his consistency. Lapping within a tenth of his best every session, Daniel is working on building his fundamentals in his debut season in competition karting. After shaving a second off of his gap to the leaders this past event, Daniel is continuously improving in hopes to fight with the front of the pack before too long. 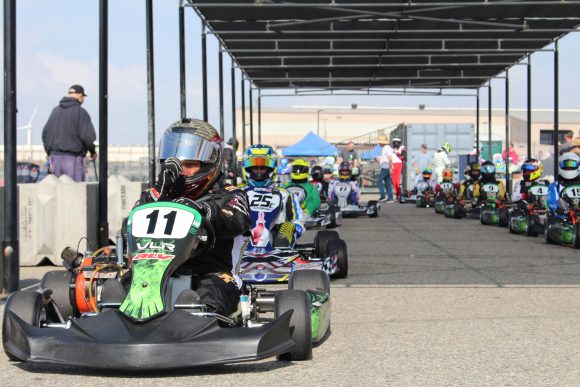 The VLR Spec 206 class saw its largest field to date at 18 drivers, and it also hosted the largest pack in the fight for the win in any 206 categories, with as many as seven drivers vying for the top spot. This weekend hosted a lot of new faces under the tent, with seven drivers making their first appearance in the class, some of whom having had prior karting experience too. Jake Hood would be the leader under the CSK Racing tent with a pair of top 5’s heading into the main, with point leader Mark Connell having to bounce back from an incident in the second heat race. Connell would do serious work from the very back, making his way through the field to salvage an 8th overall, while round #3 winner Hood would be forced to settle for 7th after contact while fighting for the podium.

We would like to thank all of the new drivers that came on board for their first ride with us this past round, including Rob Brackett, Mark Vargo, Oleg Glushkov, David Bell, Brandon Bell, Steve Campbell, and Dai Feng. Looking forward to having another full house when the series kicks off the second half of the season in July! 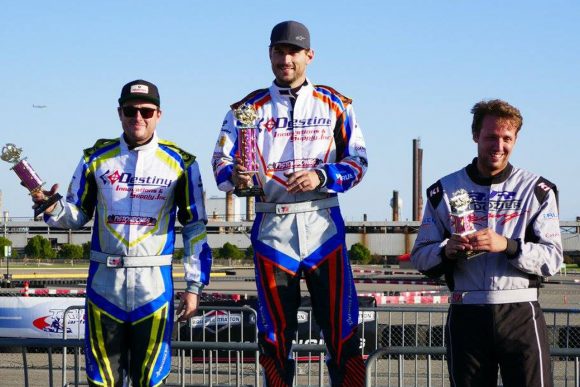