CSK Racing finished out the 2017 Tri-C season this past weekend with our tent filled to capacity, hosting 17 drivers across all four 206 classes. It was a great way to finish the year off, with several new faces under the team tent, including a few drivers getting a taste for the VLR chassis for the first time. Not only was it the final regular season race of the year, but the club hosted the LO-Pro money race to finish things off, with two CSK Racing drivers finding the podium! 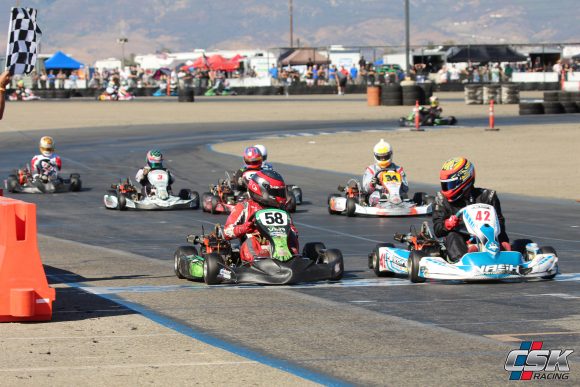 The Senior 206 championship was wrapped up after Team Manager Mike Smith and teammate Derek Esquibel went 1-2 last month, and this time around it was Esquibel who held the torch for the CSK Racing team. Starting with a top three in qualifying, Derek backed his speed up with a top five finish in the first heat, and then went P2 in the second one. For the Main he was in the lead group all race long, and when things got racy in the final couple of laps, was able to move into the second spot. He narrowly missed out on his second win of the year, but capped off the regulars season strongly.

Esquibel joined Smith on the Championship podium, securing 3rd overall to make it a 1-3 for CSK Racing in the class, with the duo putting up some solid stats between them: three 1-2 finishes, 3 Main event wins, 11 heat race wins, 9 podiums, 2 pole positions, and 6 fast laps. 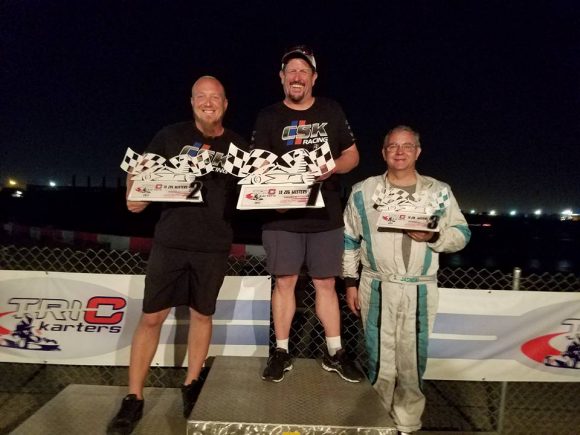 206 Masters was a VLR showcase all season, with every single event being won by the brand, and the championship podium going 1-2-3 as well. For CSK Racing it was first year 206 racer Mark Connell claiming the overall championship, with Team Manager Mike Smith snagging second in the standings during last weekend’s finale. Both drivers were staples at the front all season, with the duo amassing 5 Main event wins (including going 1-2 in round #7), 9 podiums, 11 heat wins, 6 pole positions, and 8 fast laps. 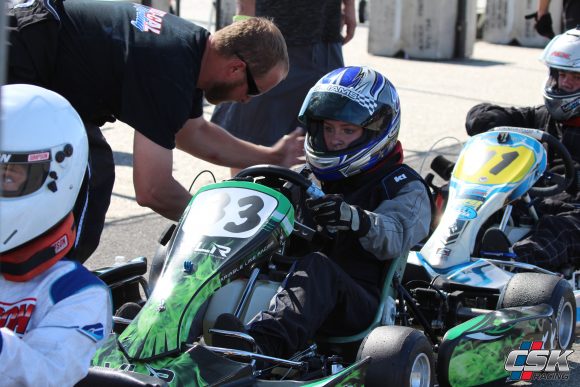 Taylor Williams joined the CSK Racing squad for the first time at the season finale, having been running her VLR in the Junior category with her dad Bryan for a few races already. Taking full advantage of the included driver coaching, Taylor improved as the day progressed, going faster and faster en-route to a top 5 finish in the Main!

Regular CSK racing driver Daniel Eaton finished up his final Junior race ever by fighting through the field to snag 7th; having battled adversity all day long. For Daniel it was an impressive run, running heavy in the class, while too young for the Senior division. Next season will be a clean slate without the weight penalty, and we’re excited to see how he does! 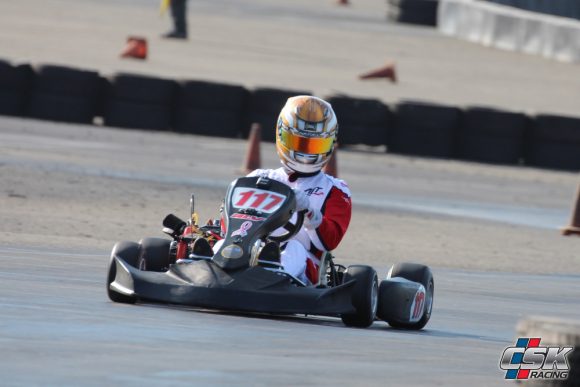 The VLR Spec class would be the nail-biter of the day, as it was the only 206 class with the championship in the balance. Jake Hood would head into the event third in the standings, but shot out of the gate with pole position to lessen the deficit by 5 points. He would back that up with a pair of heat race wins to lead the points going into the Main event, but had his primary rivals all around him. Not getting the start he wanted, Jake slotted into second and proceeded to hound the leader all race long, while simultaneously making sure he didn’t lose any more positions. While he had to settle for second in the main, he brought home the championship in the end, winning by the narrowest of margins.

CSK Racing had two drivers in the hunt for the Spec title, with Mark Connell ending the season with third place in the championship, always as one of the drivers to beat. It was a very solid year for the driver that also brought home the Masters title, and he finished the season at the front once again. 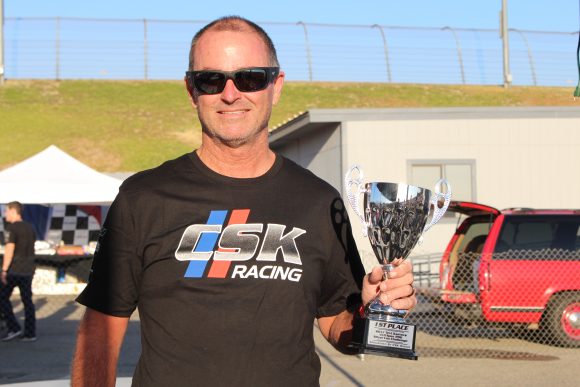 The best 3 out of 4 Silver Fox Challenge for drivers 50 years of age and up would come down to the final race of the season, and it would be Rob Brackett coming away with the Cup! A former TAG driver, Brackett started 206 racing about hallway through the season, and in the season finale put together one of his best runs yet. Not only would he be a podium contender in the Master class, but here in VLR Spec he would again fight with the the lead pack, finishing 7th -but just .766 off the leader in one of the closest battles all season! 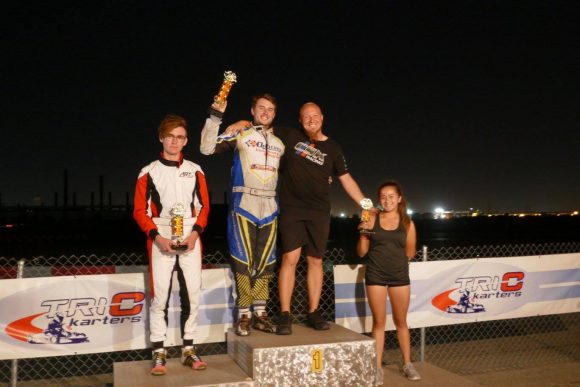