One round later, exact same podium. Caden Thure, Thomas Blackledge, and Scott Milne finished in the exact some positions in round # 9 to take the podium for the second event in a row, continuing the momentum they have all shown in the latter half of the season. It was the second career win for Thure, bringing him even closer to stealing away the second spot in the overall standings, while Blackledge was able to seal the deal on the Summer title one round early.

So while the championships are already decided coming into tomorrow’s 2017 Sprint Series Season Finale, the final positions of the overall podium are still in limbo, while bragging rights and prep for the 2018 season are also now in full swing. Many are also looking to make the move to Super Series with a start in the Finale, so this weekend’s early look at the track could help many when making their debut. In the final Sprint Series preview of the season, have a chat with the 2017 Champ, take a look at how the Overall podium fight is shaping up, plus look at a few standout performers of late that I think could play a bit of spoiler this weekend…

Thomas Blackledge does the trifecta! 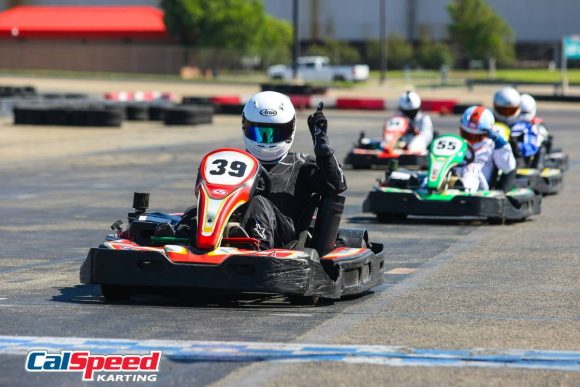 In his second Sprint Series season, Thomas ‘TJ’ Blackledge proved to be the driver to beat, sweeping both sub-championships along with the overall title here in 2017. Before this weekend’s race, I was able to have a quick chat with TJ, looking back on his accomplishments over the course of a very historic season. Here is what he had to say:

Mike Smith: Thomas, congrats on a phenomenal year -sweeping all Sprint Series championships! Coming into the season the Overall had to certainly be the goal, but did you imagine you would score it and both of the sub-championships?

Thomas Blackledge: Thanks Mike, it was a fun year, everyone in the series was tough and were there to pounce if I made a mistake making it a lot more challenging, but the goal was definitely to be up there fighting for the championship. After winning the winter sub championship which made me realize I had a shot at the whole thing and making me keep up the momentum I had at the beginning of the year.

MS: Tell us a little about your season so far ahead of the finale; is there one moment that stands out for you this year?

TB: My favorite moment this year was probably on Classico. One because it’s my favorite track on the CalSpeed calendar, and two because it was definitely a comeback drive after starting 7th in the main and having to fight my way through the pack.

MS: Statistically you have essentially re-wrote the record books in the fairly young Sprint Series, either beating or matching nearly every stat there is. Considering you really only get one go at this series when shooting for the championship, how do you feel about your accomplishments in the series, especially since you’ll only be able to do 2 more races next year?

TB: I feel I’ve done the absolute best I could have done, everyone who competed did not make it easy at all, and were a lot of fun to race with. Knowing I’ve set the bar for the future contenders does make me feel very accomplished and proud of how much progress I’ve been able to make this year.

MS: You have also run in the CalSpeed Super Series this season, where you were able to secure the Rookie of the Year championship. Would you say that running in the Sprint Series helped you claim this title, and if so, in what regard?

TB: It has helped a lot. Running the Sprint Series has been a great learning experience and has made it easier for me to compete in the Super Series. The racing from this series is a great preparation before hopping into the Super Series which is a great step up and an even better challenge to race among the best of the best in sport karts.

MS: For 2018 you must be thinking of making a run at the overall podium in the Super Series right? Beyond the Super Series, what other racing do you see yourself doing next year?

TB: That’s definitely on the agenda, but we’ll see how it folds out next year. Hopefully the plan is to run LO206’s next year with CSK for Tri-C, with a little practice at the opening day being hosted in November. But first, need to learn how to persuade my parents that it’s a good idea to run the series.

MS: With all of the championships wrapped up, Saturday will simply be about earning your 5th win of the season, which would be a record. How do you approach a race where the points are decided, and do you care or aim for records when you race?

TB: Personally, I’m approaching this round like I do every other round, which is trying to get the win. I try and not think about the stats, while I’m racing, I just race pretending it’s round one every round. But I do look forward to the last race of my full season in Sprint Series, it’s going to be a fun race to compete in!

MS: Again, fantastic season here in the Sprint Series TJ and good luck in the finale! Is there anyone you want to thank or give a shout out to?

TB: Thank you very much, and I have a few to thank. Firstly, thanks to you and Derek for your advice and the rest of the Calspeed team for always putting on a great event. And to all of my T4 Autosport teammates who kept me honest throughout this year and giving advice on what to do and what not to do. Especially Adam Nagao and Steve Spring, I wouldn’t drive like I do now without them being great examples on and off the track. 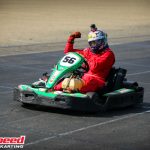 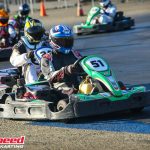 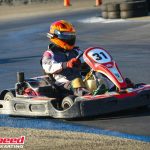 With all the championships done and dusted, the spotlight is now squarely on the battle for the final pieces of hardware on the Overall podium. Don Diego Veloria has been the de-facto #2 guy all year, narrowly missing the winter title in the first half of the season. Lately however, Caden Thure has returned to the form we saw some of last year, winning back to back events these past two rounds. Veloria has clinched a spot on the podium, as he can do no worse than 3rd in the championship if the worst happens. The same cannot be said for Thure however, as Randy McKee still has a mathematical shot at stealing 3rd away if the cards fall in his favor. Those cards would pretty much mean he is close to perfect and Thure takes a toss, so it is more than likely between the current two drivers on the podium. The last time we were on Grande it was Veloria with advantage, scoring his best finish of the year (2nd) while Caden finished 5th and 20 points astern. With less than 10 points separating the two going into tomorrow, it will be a very exciting fight. 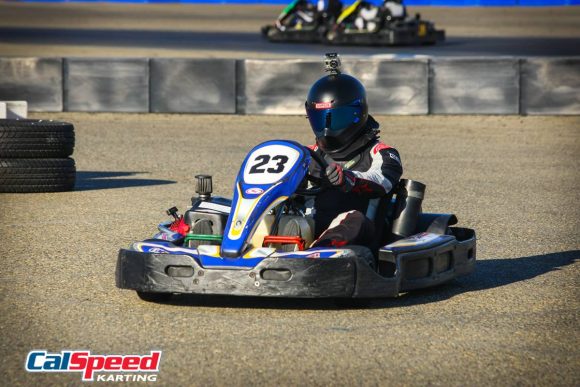 After two events running in the reverse direction, the Sprint Series will head back the ‘right’ way for its season finale on the Grande layout. Previously run in round #4, this time around things will be a bit smoother than in the spring event, with things mimicking the Classico round from July. Because of this, it may be hard to say if anyone has a clear track advantage going in, although the obvious nod goes to anyone that runs in the clinic. One driver that will certainly be one to watch is back-to-back podium finisher Scott Milne. Milne has competed in the IronMan Series all year, and only made the move to Sprint for the second half of the season. While he did miss out on the Summer title, he has outscored all but Blackledge since his debut, and is certainly the one making the most noise outside the season-long front runners. Along with Milne are drivers like Tyler Rousseau, Kevin Erikson, and Jetson Lieser in the field that will certainly be at the sharp end shaking things up. All of these drivers have what it takes to mix it up and score their first Sprint Series win, and with it have an affect on the podium fight.

This weekend will see 17 of the overall top 20 in attendance, plus the top 17 out of the Summer’s top 20; making for a very stout Sprint Series Finale. Considering several drivers are looking to polish their game up before debuting or running Super Series full time in 2018, tomorrow’s event will be the perfect place to do so. Plus, with drivers like Blackledge, Veloria, and Thure (among others like Rousseau and Lieser) all becoming [2R] drivers for next year, this weekend could be a chance to see who some of the new players in the 2018 Sprint Series championship could be… 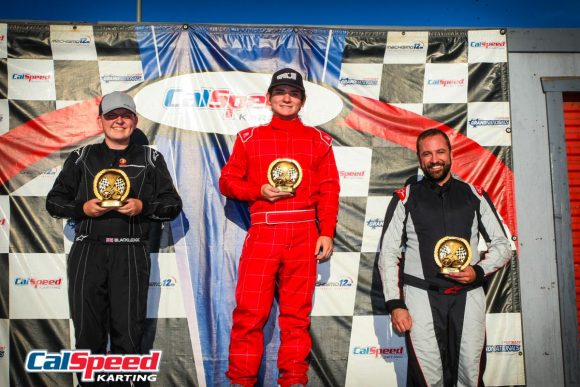