Arnott Wins 1st Round of the Sprint Summer Sub-championship

After a brief break in the action, the second half of the CalSpeed Sprint Series kicked off the Summer Sub-championship on the Classico configuration with one of the largest fields of rookies to date. Track surface temperatures were reaching 140+ and it would set the tone for a very heated battle for points.

Once practice/quali was underway, the closeness of the top 5 once again proved how stout the competition has become at the front of the Sprint Series. There is no surprise that Cameron Rose, the only 2R driver in this month’s race, qualified with a strong time but Super Series GM players Duane Lawson and Jeff Latimer were both the fastest this time around. It was Lawson’s first time on pole, putting him 0.2 seconds faster than off-pole, but Latimer and the remaining top 6 were all in a tightly knit 0.08 second range. 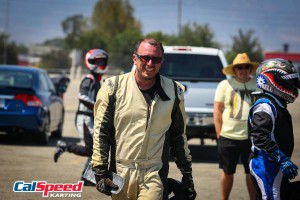 Round 5’s Heat 1A would begin with Rose [2R] up front but Alexander Bermudez would grab hold of the lead after just one lap. The battle for second took place between Rose [2R] and Kelly Bastian who had started 6th. With Bermudez not faltering for the remainder of the race, he’d cruise to the lead with a 2 second gap behind. 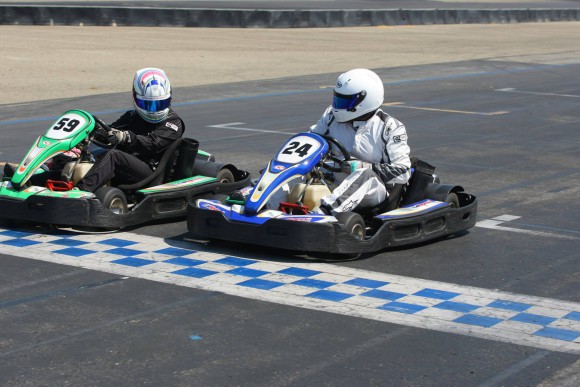 Steve Jasinski led the pack in Heat 1B but would soon find Ashley Arnott on his heel for a shot at the front. With the race underway, the two would tangle all the way until the very end. Coming down to the white flag, the fight for 3rd would be further complicated as race leaders approached lap traffic. Luis Calderon and Caden Thure, both podium finishers throughout the Winter Subchampionship, were forced to battle through here, with Calderon emerging ahead. Jasinski made a last lap move in the Classico esses, making it a fight to the checkered between himself and points leader Arnott who would come across first during the photo finish. 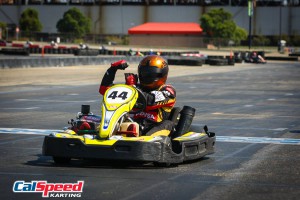 First timer Michael Hottinga took the reigns from the get go in the B-Main. With 3 laps to go Hottinga maintained his 1st place start until Tyler Rousseau shot quickly from 6th. From this point forward, Rousseau’s lap times were over a half second quicker than P2’s and he would stay unreachable for the entire race. Trevor Volin would also make tremendous pushes forward, chasing after Rousseau where he would end up slotting right behind Hottinga for a 3rd place finish.

Straight off the start in the A-Main, race leader Ashley Arnott got a good jump off the line. Bermudez stayed close behind on the opening lap and would steadily maintain himself until the pack behind caught up where the battle for 3rd intensified. Bermudez fell to 7th. In the meantime, TJ Blackledge pushed through the busy crowd from 8th to 2nd, putting himself just behind Arnott. Bermudez would have to battle it out for the entirety of the race but successfully regained positions to round out the podium.

With Arnott’s first podium of the season and a set of 1st place hardware, she has put herself squarely ahead in the points by a difference of 40. Her one drop comes from Round 4– consistent top finishes during the first half of the season helped secure the Winter Title for her despite a one round absence. For both Blackledge and Bermudez, the Round 5 podium brought upward changes in position as well. Currently, Bermudez maintains the highest subtotal of all drivers with his results putting him 2nd in points, a jump from 4th and only 3 points ahead of Calderon. 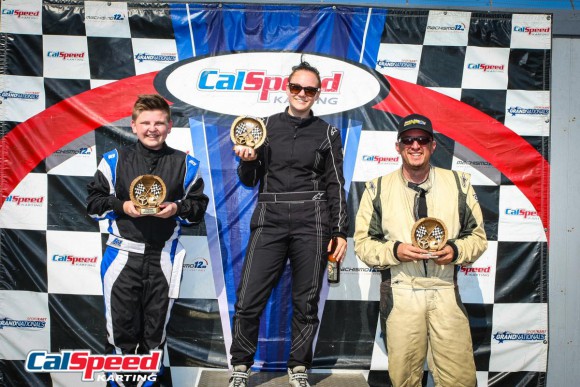