Alyssa Yauney Wins Her Second IronMan Series of the Year! 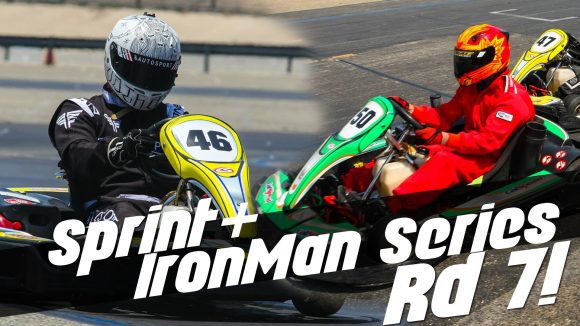 The CalSpeed IronMan Series would take on arguably its toughest challenge this past Saturday, with round #7 of the 2017 season taking to the challenging Classico course. The toughest course to pass on in the 10 race calendar, the once-a-year visit to the original CalSpeed track layout would see the top drivers in the standings lead the way from the very start, their experience proving to be extremely valuable… 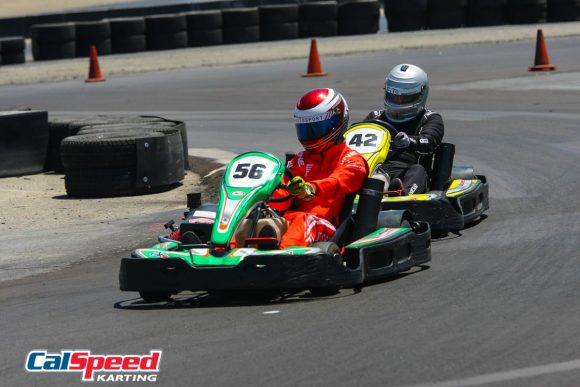 Craig Booth would lead the field of 30 drivers out of the Classico Esses for the first time to take the green flag for the start of the 60-minute contest, holding on to complete the first circuit out front. From there it was overall podium contender and 2016 Summer Series champ Sean Fite assuming command, having moved up from fourth in quick succession. Fite’s tenure at the front would last until just lap 8, where championship contender Taylor Hays took over at the point, looking to find his third win of the year. The Hays-Fite combination proved to be a strong one too, eventually dropping the chasing Steve Spring, while pulling out to a 2+ second advantage by lap twenty. Championship leader Adam Nagao had made it up to Spring by this point, and slotted into third in front of Spring, but unlike the leaders, could not formulate a link to work towards the front.

Just past lap twenty-five the advantage for Hays and Fite had grown to just over three seconds, but as is often the case on the Monaco-esque tight confines of Classico, traffic would prove to be an issue for the rest of the event. The leaders would lose a second in a single lap after negotiating traffic on lap 27, but then would eek out that lead back to three seconds by the halfway point. And while the top two stayed linked up to pull away, and the next two could quite do the same, there was another driver that was scything their way through to the front… 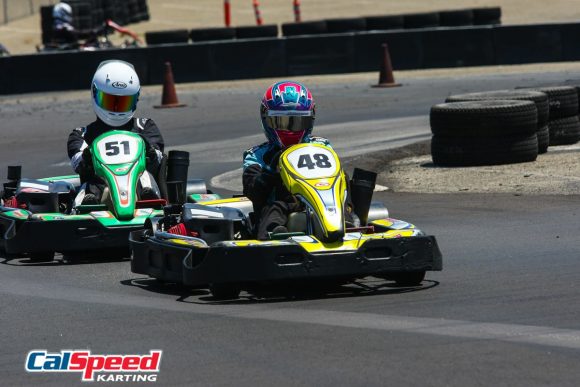 After missing the previous round in June, Alyssa Yauney would be forced to start a bit further back than her rivals in the championship, kicking off her run to the front from the 18th starting position. But as we saw the round before via Aaron Scott’s march to the eventual win, anything is possible in an IronMan event, and on a track where drafting means little, working by yourself is a doable prospect. By the halfway point Yauney had moved up to the 5th spot, still five seconds from the leaders, but just a second to 4th place Spring, and two to Nagao in third. Having picked up positions through pace, traffic, and the multitude of pit stops already, her trek to the front seemed almost ordained at times. Catching traffic on lap 39, Yauney quit being the pusher for Spring, capitalizing on the opportunity to jump both Spring and Nagao to move into third by lap 40. Once again it was two vs two, as the Yauney-Nagao team up pushed to try and catch the leaders, consequently dropping Spring off the back of the train.

With no stops being done by the leaders at this point, it was still pretty clear cut who the contenders were; the entire second half of the race a battle of working traffic and crucial pit stop planning. While pit stops are generally the biggest factor in the final outcome, this time it was traffic. With no blue flags in the IronMan Series because of varying strategy calls, it is up to the leaders to find their way past drivers as efficiently as possible. In most case this is not a big issue, and even though a few tenths may be lost, it is a known factor that plays into pit stop strategy. This time, leaders Hays and Fite struggled to get around a single lap down driver around the 50 lap mark, in losing the entirety of their 4 second lead. From then on out it was a four-horse race, with Hays, Fite, Yauney, and Nagao the ones in the game, and still no pit stops in the books. 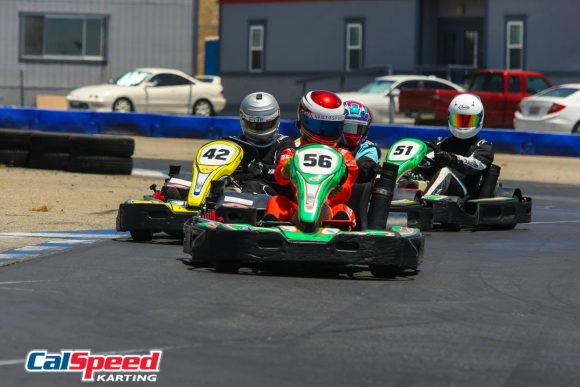 Yauney would be the first to head down pit road with just over 10 minutes to play, with Nagao coming in the very next lap, leapfrogging Yauney via a much faster pit stop time. Nagao would go back to back on his stops though, with Yauney coming in 1 lap later to match the strategy, once again coming out behind Nagao, albeit on the back of a much better pit stop. In a critical move, Nagao would slow down on the back straight to link up with Yauney, the two linking up for a final push to the checkered. Out front it was still Hays over Fite, the duo leaving their stops for the waning moments of the one-hour event.

Hays would blink first, coming down pit road on lap 65, with Fite following suit one lap later. Unfortunately Fite’s pit delta was 2+ seconds slower than Hays, eliminating any chance for the pair to work together in the final laps, making it two against one for the latter. Fite’s second stop was only marginally faster, and after sitting inside the top two for the duration of the event, would be forced to settle for fourth in the end. For Hays, the final stop would come on the final lap, but without a partner in the final few laps, the damage was done. As he exited the pits, Yauney shot by, instead coming out along side championship rival Nagao. Small contact through the Scandi corner preceded a final effort from Hays in Hairpin, but Nagao would hold the outside for the advantage. In clear air about a second up the track was Alyssa Yauney, scoring her second win of 2017, with Adam Nagao second and a very disappointed Taylor Hays in third. 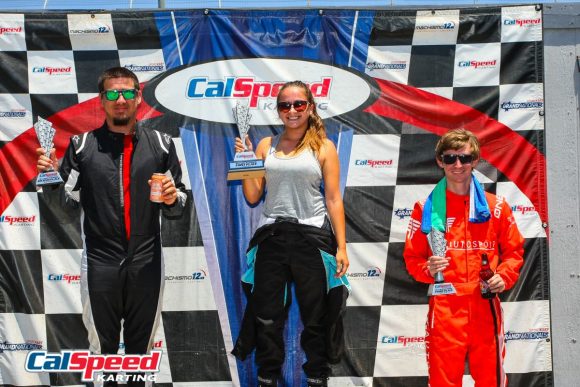