Multi-time Super Series and National Champion, Jon is having a return to form here in 2014, currently on a string of consecutive podium finishes, and is only 5 points out of the overall Super Series point lead. A return to form for ‘Kimby’ does not bode well for all other challengers, as few things are as tough to overcome as Jon when he is on. Having won just about everything except for the Grands, Jon is looking better than ever to once again be called “National Champion”. 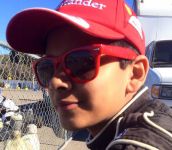 Continuing his transition up the ladder from sport karting, Henry has found recent success in the Jim Hall Sprint Series, currently sitting second in the standings. A former regular front runner in the CalSpeed Super Series, the 2014 edition of the Sport Kart Grand Nationals will see the return of the young arrive and drive talent. Now with expanded racing experience in 2-stroke karting, Morse could once again return to his front-running ways at CalSpeed. 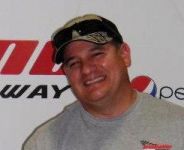 With an eye towards improvement, Charles Crowe enters the 2014 contest with a lot more experience than he did last year. Towards the sharp end of the field on a regular basis in the Octane Raceway leagues, Crowe currently sits 6th in those standings. Racing with drivers like Baca Jr, Repella, and Lattanzi on a regular basis has certainly helped him improve his game, and the Grands will be the perfect measuring stick. 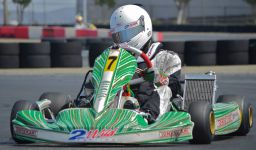 A relative unknown at the Grands last year, Andrew only had three Super Series races under his belt going in, but raised plenty of eyebrows as he nearly made the Super Final. Now with a full season under his belt, Lemons has also added competition karting to his 2014 agenda, and is fresh off a pole, and podium performance there as well. One of the outright fastest drivers in the Super Series, the 2014 Grands should see his true potential realized. 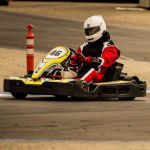 A long time racer at CalSpeed Karting, Doug competes in the Heavy class in the monthly run Super Series at the So-Cal facility. Making his debut run at the Grands this year, he will get his first chance to take that experience to the next level, looking to gain even more knowledge from the weekend. Embroiled in a point battle in the Super Series, this added experience could pay dividends for the rest of the year. 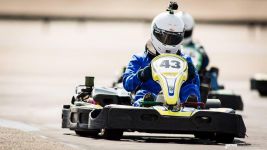 A relative newcomer to full time racing at CalSpeed with just a handful of events under his belt, Raymond enters the 2014 Grands on a mission to learn as much as possible. As is the case with many drivers new to the sport karting game, Amores is constantly improving, and the Grands could be just the outlet he needs to have a breakout performance. 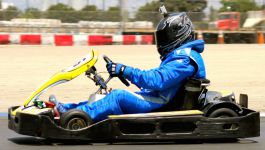 A stalwart supporter of Sport Karting as well as the Grand Nationals, Greg will be making his third appearance at the annual event, but not as the same driver he was in years prior. As one of the most improved drivers at CalSpeed, 2014 sees a new Greg Reinhardt behind the wheel, hand over fist better than he was this time last year. With the light switch flicked firmly to the on position, Greg is looking better than ever, and is shaping up for a career performance this June. 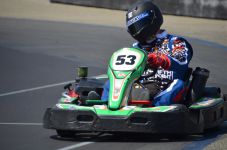 Jason makes his debut at the Sport Kart Grands this year after concentrating on putting a full Super Series season together in 2013, his rookie year in the championship. Now a ‘rookie’ at the Grands, he will be looking to put the same kind of focus he puts into his monthly challenge, all the while flying the Masters flag for Arkham Motorsports. 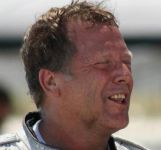 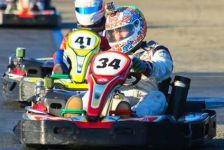 One of the strongest Masters talents at CalSpeed, Dennis is now a leader in the new ‘Grand Masters’ class in the Super Series, currently fighting for the championship in that category. Showing great form so far this year, the elder Kimbrell will be looking to return to his Grands form in 2012, where he was a constant front running threat, and nearly made the Super Final race. 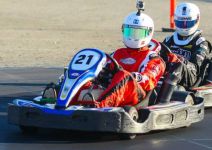 If there is one thing that you can count on at the Sport Kart Grands, it is that Aaron Downs will be one of the fastest and most consistent drivers there. He proved this in 2012 when he finished 2nd overall, albeit with no wins; instead he finished 6 of his 8 races in the top 4, and never finished worse than 6th. Downs looked to once again be firing on all cylinders the last time he was at the track, and if he adds wins to the consistency, he’ll once again be a threat for the title.