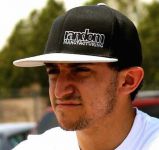 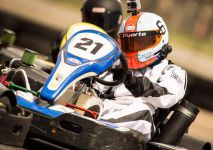 A great strategist and a cornerstone of the T4 Autosport team, this could be a breakout year at the Sport Kart Grands for Chris Huerta. Inside the top 25 last year, Huerta has polished his game since, and while has had some bad luck thus far in 2014, has always been one of the top runners. He has everything he needs to be a real podium contender in this year’s event; he just needs that bad luck to stay at home during June 20-22. 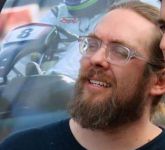 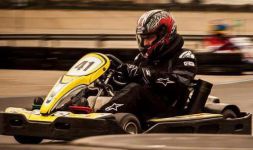 One of the nicest guys in the paddock, theatre director Jeremy Aldridge will be looking to put on a show on track during his rookie Grands appearance. It truly will be a weekend of learning, something he hopes to carry into the rest of the year, now in his first full season in the Super Series. That said, Aldridge has shown he has the pace when the chips are down, so it will be interesting to see how he fares during an all-in weekend. 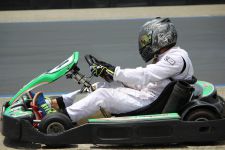 One of the brightest talents in sport karting, Jordan’s results at the Grands thus far are not a good representation of his true ability. Having put in more laps then ever recently via his home track of Autobahn Indoor Karting, he also won rookie of the year in the Arena Racing USA Series. Everything is shaping up for Wallace to have his best year yet at the Grand Nationals, and should be one to watch this June. 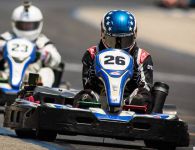 There is just something about the month of June, and the Sport Kart Grand Nationals that clicks with CalSpeed regular Rodney Bryant. Routinely putting in career performances at this event, his improvement in the Super Series both in pace and race craft, bode very well for another strong Grands run. The most experienced Masters driver for Arkham Motorsports, he’ll be carrying the [M] flag for the team once again this year. 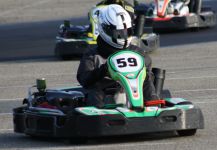 The “nicest guy in sport karting” has taken time off for family recently, actually getting in the seat for the first time in almost a year during last weekend’s oval race. Scoring the B-Main win and marching up from last to finish 2nd overall in that race, Tyler proved he had lost none of his pace or craft, and should certainly be considered as a dark horse pick for the overall championship. 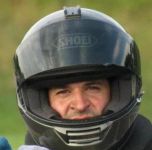 Chris will be making his second run at the Grands this year, and will be employing both his karting, and car experienced in this year’s event. Scoring endurance victory at his home track will help him on Super Sunday’s longer sessions, and his autocross experience should help him in learning the abundance of new track layouts too. Already a top ten runner, we could see him further up the charts here in 2014. 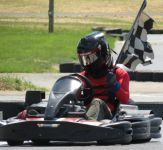 The second go at anything usually sees a better result, and Matthew Anderson will be counting on this here in 2014. Recently performing well back home, he’ll be looking to carry that momentum into the biggest event of the year in a few weeks. A regular in the front part of the field in last year’s event, Anderson should be a bigger threat in this year’s edition, especially with his improvement since, and the knowledge retained from 2013.

Putting in seat time is the only way to improve, and David has done just that at Summit Point Karting, now one of the most experienced drivers at the West Virginia facility. With another year under his belt, and the ‘new-ness’ of the event behind him, expect David to attack this event from the get-go, improving on his result from last year. 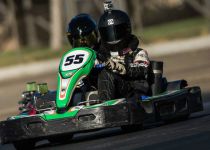 One of the most active drivers in the CalSpeed paddock, Sarah has been involved in many different facets of motorsports, most recently a test driver for Mazda North America. With her autocross knowledge she should be able to pick up the new track layouts quickly, and with her wheel to wheel experience at CalSpeed growing quickly, she could surprise a lot of people at the Grands this year. 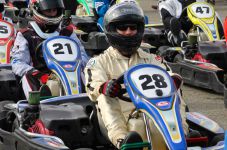 Making the switch from the CalSpeed Super Series to the Jim Hall arrive and drive championship, Ben will still be a strong Masters contender upon his return to the Fontana, CA facility. With speed that puts him at the sharp end of the grid, Morse needs only to work on his chess moves to be a serious contender for the Masters title. With practice on the docket to do just that, he could be a dark horse pick for that championship here in 2014.