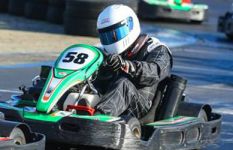 One of the most improved drivers at CalSpeed, Latimer has emerged as one of the best in the new Grand Masters class offered at the local Super Series. Currently second in those standings, Latimer is regularly fighting towards the sharp end overall as well, making several A-Main appearances as well as sitting in the top 35 in overall points. Expect a huge improvement over his 2013 performance. 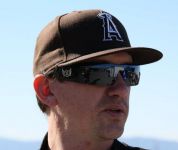 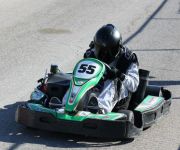 Taking 2013 off from Grands, Ciralli re-emerged at his favorite event on the calendar: The Machismo 12 Hour Endurance Event. Twice a winner, and on the podium four times, Ciralli’s endurance ability isn’t in question, and he’ll be strong in the longer sessions on Super Sunday. Additionally, his prowess at learning new track layouts in a short time will be a boon this year, with all three of the layouts new to the CalSpeed offering.

Fairly new to CalSpeed, Michael found success indoors before coming to the Fontana, CA facility, scoring a 2nd overall at K1 St Louis. One of many drivers entering the fray this year as a learning experience primarily, Mork has already shown a lot of promise in his short time at CalSpeed, and will surely improve a lot during the course of the weekend. 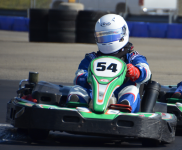 One of the best drivers in the Heavy Class that runs regularly in the Super Series, Salvador has put in extra time as of late, seeking yet more speed, and polish to his craft. These additional sessions showed immense promise and potential, and Marc looks to be on the edge of a breakthrough performance. Albeit a weekend of learning and improvement, he will also be looking to beat some of his regular rivals also entered in the event. 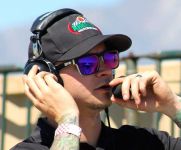 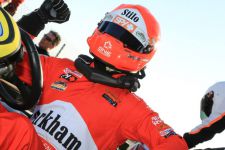 2013 was a developmental year for the leader of the Arkham Motorsports squad, culminating in both team and individual success for Bruce Allen. 2014 has seen him pick up right where he left off, and is challenging the top ten in the overall standings for the local Super Series. Given his huge improvement since Grands last year, race wins and an overall shot could be in the cards for in the 2014 edition. 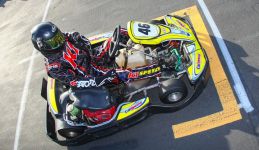 Charles was one of the few top rookies from last season that did not take part in the 2013 Sport Kart Grands, instead focusing on his first season in the Super Series. Making his debut here in 2014, Eichlin has shown to be one of the top new talents to come to CalSpeed in the past year, and could raise eyebrows during the three day contest. One of the best drivers in the Arkham stable, expect big things out of his national debut this June. 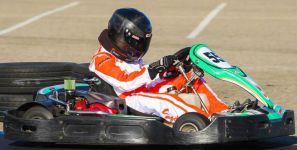 In Tony Severson we have a unique situation, as the Team leader for the Pink Laces Racing squad directs things from afar, and without a track to call home. That said, it works; scoring victory when the team came together last fall for the 2013 Machismo 12 Hour Race. For the 2014 Grands, Tony will want to return to his 2012 form, where he entered the event with virtually no practice to lead day 1, and finishing 10th overall in the inaugural event.

Making his third Grands this year, Mike Kinney has been a regular at the event, and is also a common sight inside the top ten on track. Having seen success in Spec Racer Ford racecars, Kinney most recently found the podium at his local Pacific Grand Prix IronMan endurance races. Already accustomed to the outdoor track, Kinney will once again be a front runner at the 2014 Grands.

Having just started at CalSpeed, Luca has jumped into the deep end with the 2014 Grand Nationals. In the few races he has been able to put in so far however, a lot of promise and potential has been shown, showing strong single lap speed. With the format of qualifying prior to each race, Luca will have a good chance to test his developing race craft, and use the pace he has already shown to score some good finishes. 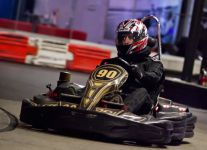 With names like McAleer and Bragg absent from this year’s contest, Andrew Wood will be carrying the flag for the Grand Prix New York contingent, and continues the trend of strong talent from the east coast facility. A three-time champ in the indoor center’s 205lbs weight class, Wood is a proven winner at the same weight class as is required at the Grands, and will only need to come to grips with the track and style of racing to be a contender.