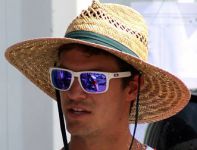 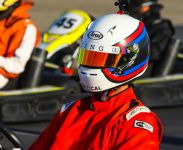 A regular front-runner at his home tracks, Jerott really seems to come alive during big, National-type events. A perennial front runner at the USIKC, he was once again a championship contender at last year’s Grands, finishing out the weekend 4th overall. Continuing the fine-tuning process of racing at CalSpeed, King has become one of the top drivers at the So-Cal location, and will be carrying the banner for his Nor-Cal brethren this June.

Riley continues the list of first time Grands attendees, but is also in the middle of his rookie season in the CalSeed Super Series. As it is so often the case with new arrivals into the world of Sport Karting, Dugan has jumped into the deep end, but has learned to swim quite quickly. The Grands will give him a chance to not only fight with some of the best in the business, but also prove just how strong a swimmer he can be.

Another of the promising rookies to enter the 2014 season, Connell has already proven himself a winner, scoring back-to-back victories in the CalSpeed IronMan Series. Not lacking for pace, Mark’s ability to be patient and work with other drivers, along with his pit strategy prowess will bode well for him come Super Sunday. If he can couple his pace and consistency with a bit more racecraft come June, then we could see a very strong performance out of this rookie Masters driver. 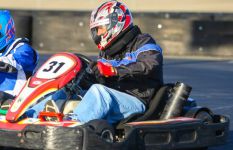 The term “all-in” best describes Kevin Taylor, who after finding CalSpeed this May, has put in more seat time and signed up for more events than any other driver this month. It is paying off too; scoring an A-Main berth in the most recent round of the Super Series, Taylor is making big strides in his improvement, and should be one to watch for some surprise ‘under the radar’ performances during the Grands. 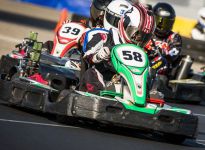 While he may have just finished his junior year of high school, Rose is still in just his sophomore season in karts, but is showing well beyond his years. Right now he ranks as one of the better 2nd-year drivers in the CalSpeed Super Series, sitting 22nd overall, and in front of many more experienced pilots. His improvement in speed, consistency, and racecraft should translate into a strong showing at the Grands. 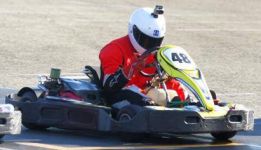 Aaron has had a fairly quiet rise to the top, flying under the radar for much of his CalSpeed career, but regularly finding the front of the field in the process. Now consistently battling with the best in the business on a monthly basis, the 2014 Sport Kart Grands could see him put it all together for a very strong run. Far and away better than he was this time last year, Scott could raise a lot of eyebrows in this year’s edition. 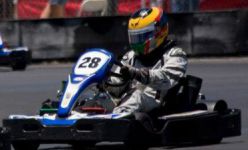 While his one win was in the LCQ last year, it was his five other top 5 points paying races (including two 2nds) that helped him earn his 16th overall result. The most impressive of these runs was in the Super Final, where along with teammate Chaz Baca, he charged through the field to score a third overall when the chips were down. Repella will be looking to not just transfer to the Super Final outright this year, but to challenge for the overall podium. 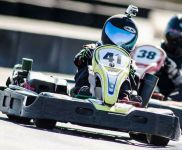 A new rookie talent to CalSpeed, young Jake Hood enters this year’s event with one goal in mind: become a better racer. If there is one thing that the Sport Kart Grands delivers in spades, it is the opportunity to learn, and improve. Fresh off a career best performance in the CalSpeed Super Series, he is in prime position to achieve his goal, and in turn use what he learns during the second half of the year. 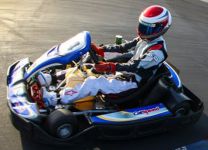 Although a winner at the Grands itself, heading into the 2013 affair, Taylor Hays was winless in his local endeavors. Since then, Hays scored another overall top 5 points result in the Super Series, has seen victory lane twice, and again is in the hunt for the 2014 title. Already a formidable opponent that has sat at the interview table before, Hays is in his best form ever, and enters the 2014 Sport Kart Grands as a serious contender for the Overall National Championship. 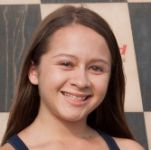 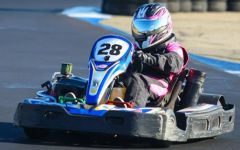 Alyssa made some noise right out of the gate at her first CalSpeed event, scoring the win in the D-Main, and has continued to improve ever since. Like many drivers that share a rookie entry into the Grands with their very first year racing in general, this event will be all about the learning process. With the strides already made this season, this weekend could see a really big improvement for the young racer.