Ben Blank enters the third running of the Sport Kart Grands as one of the leading Masters drivers at CalSpeed, and one of only six Masters drivers to have won a race at the 3-day festival. 2013 saw him narrowly miss the Super Final in what was a stacked field of drivers, and this year he has shown even more pace leading up to the event, boding well for his chances for a marked improvement. 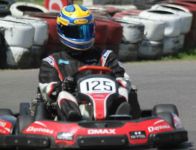 Entering the 2014 contest as a relative unknown for those on this side of the pond, England’s Ed White is far from under the radar in his home country. Coming to the Grands as an Elite Karting League Drivers Champion, he will look to carry on the tradition of quick British drivers this year. Quite at home on outdoor circuits, it will most likely be more about adapting to the type of racing at the Southern California track, then finding outright pace for the young Brit. 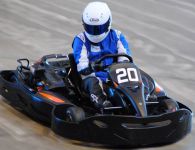 Weddell returns to the Grands looking to improve on his inaugural run from last year, where an up and down event saw him challenge for wins, but also have to rebound from disaster. Showing very good speed in the early practice sessions, Weddell’s competitiveness was confirmed during the event itself, scoring a high finish of 2nd, whilst also earning four other finishes inside the top six. If consistency is added to the package, Michael will be one of the top runners in this year’s championship. 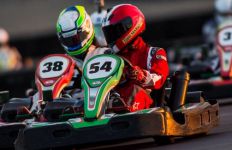 One of the rising talents in recent seasons of the CalSpeed Super Series, Derek has now become a regular contender amongst the top class, and will look to carry this into the Grands this year. Consistently improving year after year, 2014 sees Esquibel running better then ever, and has what it takes to be at the sharp end, most recently helping Pink Laces Racing bring home victory at the Machismo 12 Hour Endurance race. 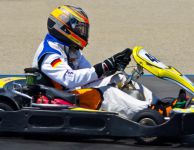 Already a regular front runner and contender for the Overall Championship, 2014 will see the start of a new chapter, and a new challenge for the North Carolina race: the Masters Division. Joining a fraternity that includes names like Schreiber, Messimer, Bravo and Morales, Fred Ogrim will not only be looking to stamp his authority in this class, but will also look to be the first Masters Overall champion in the event’s history.

Last year is partly a tale of what might have been for Craig, as he was right in the hunt heading into the final day, before his ‘day job’ caught up with him, and he was forced to miss the last part of the competition. With no conflicts in sight, look for this pro racer to be one of the primary contenders for the Masters title, and also one that could challenge for the Overall Championship as well. 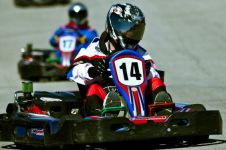 One of the best drivers to grace the halls of the fabled F1 Race Factory in the early days of Sport Karting, Saiani has most recently also excelled in the endurance format, helping lead one of the strongest Arizona teams in recent memory at the Machismo 12 Hour. Learning a lot from 2013’s event, Jeff’s second go at it should see a return to his roots, as he tackles the new, more indoor-esque track designs in place for 2014. 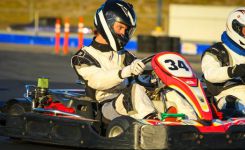 Ian’s transition from indoor to outdoor took place throughout the 2013 season, and at the time of the Grands, was right in the middle of this progression. By year’s end he would find himself embroiled in a rookie title fight, and secure the respect of his peers as a very fast racer. Known for his sheer pace, Enz now looks on the Grands as his time to shine, and apply a year’s worth of development. 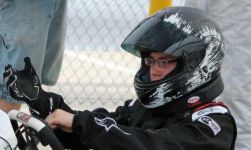 One of the outright best drivers in Sport Karting, young Chaz Baca Jr has been towards the front of every event he’s entered, indoor or outdoor, culminating in a podium finish at the 2013 Grand Nationals. Fifth however is not what he was going for, especially after leading on day one of the event, and he will be hungrier than ever to finish what he started last year. A driver who has matured a lot over the last couple of years, we could see the best yet from him this June.

Admittedly an indoor karting specialist, Andrew made the jump to the outdoor ranks at last year’s Sport Kart Grands, coming up to speed and adapting to the nuances as the weekend progressed. One of the fastest drivers at his home track of Victory Lane Karting, it is just a matter of time before that same pace is seen here at the Grands. With this year’s track configurations emulating a bit of ‘indoor feel’, keep an eye on Von Fange as a Dark Horse.